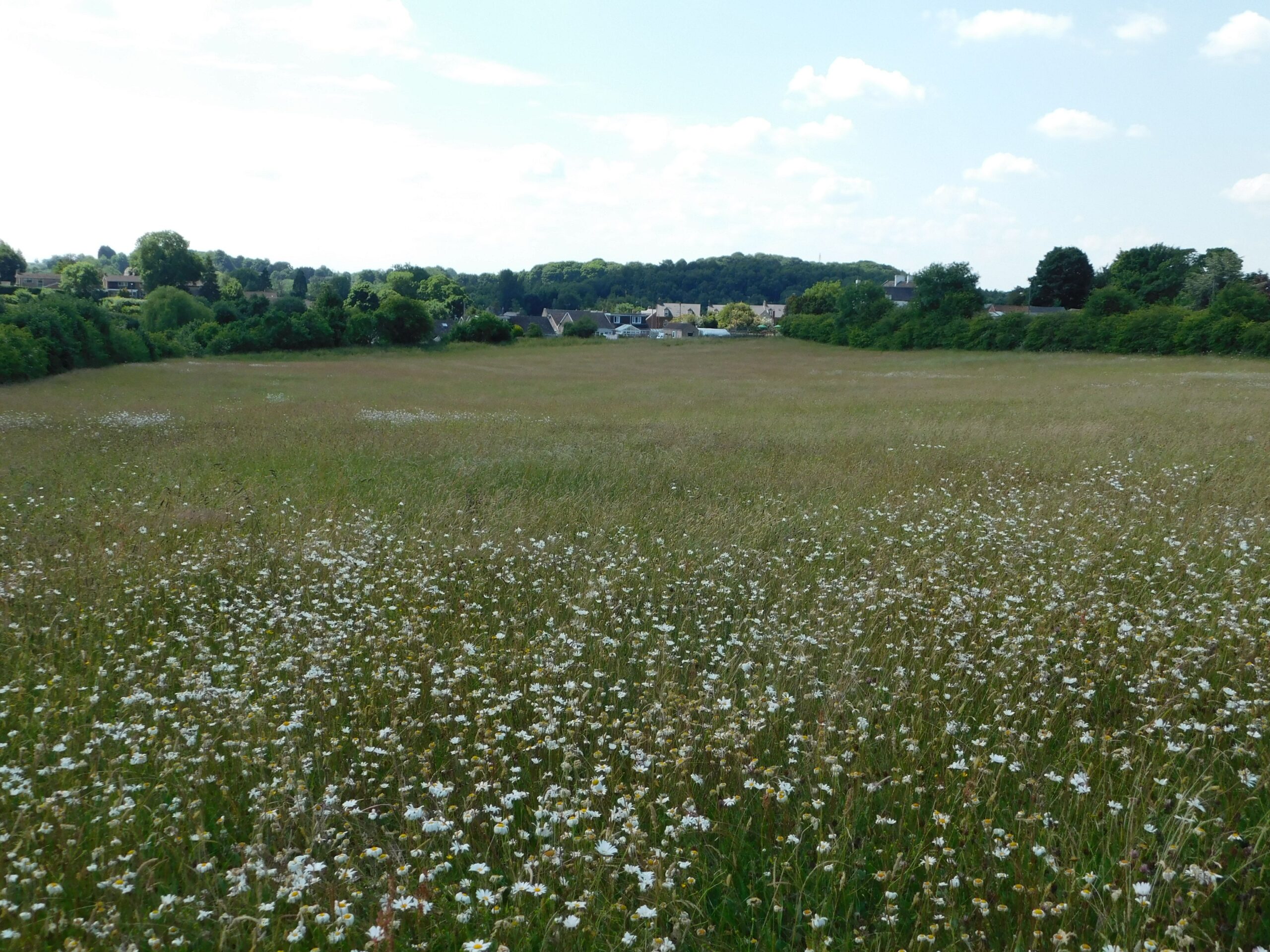 The former leaders of a cash-strapped Derbyshire council tried to buy a planned solar farm for £35 million – a scheme the authority is now fighting a costly inquiry to stop.

Emails and a council-procured investment report, seen by the Local Democracy Reporting Service, show the attempts made by the councillors to buy the then-undetermined plans in early 2021.

The purchase attempt was started without the presence of council officers and without their consent, and no approval for the attempt was ever run past or approved by councillors or the public.

Emails show that Cllrs Chris Emmas-Williams and Ben Bellamy, at the time leader and deputy leader of the then Labour-controlled Amber Valley Borough Council, pursued Kronos Solar to buy its planned 185-acre solar farm in Alfreton.

The planned solar farm application was validated by the borough council on December 22, 2020.

Five weeks later, on January 26, 2021, 11 months before the plans were eventually rejected by the council itself on December 6, Cllr Bellamy emailed council executives saying he and Cllr Emmas-Williams had held “initial positive conversations with Kronos Solar”.

The council is currently fighting a costly planning appeal, brought by Kronos, that could see the rejected plans overturned.

A six-day inquiry was held at the Post Mill Centre in South Normanton in late October and early November, including legal officials and experts representing the borough council, with a decision from a planning inspector now due in December.

In the January email, Cllr Bellamy detailed that the meeting was “with a view to the borough considering purchasing the farm once completed, to help fulfil our climate change obligations and with the added benefit of providing a good and stable revenue stream for the borough”.

He had, in the same email, sought to hand over the discussions to council officers, with the implication they had not at that point been involved.

In early November 2020, around three months before the solar farm discussions started and nearly two months before the plans were filed, the council was given a significant warning over its financial viability – by its own executives.

The council’s projected deficit at that time was set to be £2.8 million – a quarter of the authority’s annual budget. Buying the site would involve a loan of around three times the council’s entire annual spending.

Cllr Emmas-Williams, in a November 4, 2020 meeting, suggested the idea of borrowing money from the Public Works Loan Board, a government organisation which lends money to public bodies such as councils, to support its capital building programme, to bring in vital income.

Sylvia Delahey, the council’s executive director of resources, said this was not sustainable and the profit could potentially be less than the loan repayments.

A few months later, Kronos Solar made clear in January 2021 that it was keen to pursue the idea with the council and said it was “fairly convinced we could be very effective in supporting the action for gaining full support” for the deal.

A meeting on February 3, 2021, was held in which council executive Simon Gladwin met with Kronos officials to “scope out interest in the project and understand the options available”.

On March 9, 2021, Mr Gladwin sent a “grid offer” letter to Kronos which would form part of a feasibility study into the plans.

Later that day, Kronos had said there were potential risks to the business case, posed by Western Power Distribution and a pending “project progression” with the National Grid.

On April 1, Public Power Solutions sent the council-commissioned investment review report into “Amber Valley’s potential capital investment in Alfreton Solar Farm”, a report which had been mooted by Mr Gladwin in late January.

Mr Gladwin said the “potential payback period” appeared to be 20 years, and that the consultants had “significant concerns” about the solar farm planning application.

The report, seen by the LDRS, estimates the total cost of buying the solar farm would be £27.3 million, while annual operating costs would total £735,000.

It details that a rate of return would be 5.4 per cent and the council would see a return on its investment after 19 years.

If the plans are approved Kronos sought to operate the site for 40 years, so it would take the council half the facility’s lifespan to see a profit.

The report details that the solar farm is “subject to a large amount of public objection” – the scheme was eventually subject to more than 750 objection letters.

When approached by the LDRS, Cllr Bellamy, who until recently was leader and subsequently deputy leader of the Labour Group, and is now listed as an Independent on the council, confirmed that he initiated the potential deal with Kronos.

He recalled it was January 18, 2021, when he approached Kronos “to ascertain whether there was any possibility of investment at all”, followed up by a “brief call” on January 19, for a further discussion.

This initial approach from Cllr Bellamy was four weeks after the plans were submitted to the authority.

Cllr Bellamy confirmed that the first meeting involving officers was on February 3.

He told the LDRS: “I’m not sure I could have got officers present at an earlier stage.”

Cllr Bellamy, asked why the discussions happened before the plans were determined, said: “We saw the potential opportunity when the application landed, and these things always take a long time in local government.

“You need to go through a lot of hoops to get to a position where you know whether there is even a decision to be made on an investment like this, and if we were to have been looking to go ahead then it would have made sense to be ready to act.

“Obviously the decision for the go ahead on the scheme or not was for the planning board, and they rejected it, and I doubt that the Conservatives would have the imagination to do this even if the inspector does give permission on appeal.”

Asked about why he pursued the potential deal, he said: “Given the perilous state of the council’s finances, we explored many options for investment to bring in revenue, just as the public would expect us to.

“Any scheme that could guarantee an income above the cost of borrowing is worth looking at, and unless you spend time exploring these things then you will never know one way or another.

“Clearly this particular scheme could not get to the stage where it could be placed before council for a decision whether to proceed or due diligence could take place until any application was successful, which time told, it wasn’t.

“Where there are options to invest in green technologies and also bring in revenue, then I believe we absolutely should consider them.”

Cllr Kevin Buttery, Conservative leader of the borough council, said: “I am shocked at this revelation on a number of levels. It would appear these pre-meetings were held without an official council officer present.

“Cllrs Emmas-Williams and Bellamy, in my view, should not have gone anywhere near this project until the planning application had been dealt with.

“They certainly need to answer why they were personally involved in instigating negotiations to purchase the project right from the start, because they had a vested interest.

“How can the public have confidence in the planning process, when council leaders were actively involved in buying a controversial scheme under planning consideration, but have

not disclosed their interest publicly?

“At a time when council services and jobs were at risk, this was definitely not the time to start gambling with tax-payers money, by taking out huge loans to become an energy provider on this scale.

“I fully acknowledge that using our own council assets to generate energy can play a role in reducing our costs and carbon footprint.

“But we have always made it clear, even when in opposition, large-scale solar farms of this nature were never in our plans.

Cllr Emmas-Williams, when approached by the LDRS, deferred to Cllr Bellamy’s comments on the issue but also said: “At no time was there any risk to the authority whatsoever.”

Cllr Dave Wells, Green Party group leader on the borough council, said: “We support renewable energy, and have done for many, many years.

“However, we also need solar farms, and these should ideally be built where the local community both support them and receive benefits from them, which is why we especially support local community energy projects.”

The works to rebuild the road have been complex due to the challenges involved with working on an active landslip. After the initial landslip in 2020, work started to fix it the following year but had to stop in May 2021 as the ground started moving again. Work was due to start again in November 2021 when the road suffered a further collapse. This second slip was more serious and […]