A man and a woman from Chesterfield have been banned from keeping animals for 10 years after they were found guilty of charges under the Animal Welfare Act.

It’s after an investigation carried out by the RSPCA, with support of officers from our rural crime team, found the pair had kept horses and cats in poor conditions at paddocks in Unstone.

During a search of the land where the animals were kept in July 2019 RSPCA and rural crime team officers discovered more than 30 cats locked in a caravan, a shed and two lorries in unhealthy conditions.

More than 20 horses at the same site were also were found emaciated, infested with lice and with overgrown and deformed hooves.

Judy Shaw and Peter Hardy, of Dorset Close in Brimington, were sentenced on Tuesday 18 May following a trial at Chesterfield Justice Centre.

As well as being banned from keeping animals for 10 years, the pair were fined and put under a 24-week 7pm-7am curfew.

Both were given a 12-month community order and Mr Hardy was ordered to undertake 120 hours’ unpaid work.

For more information and advice on rural and wildlife crime visit our website, https://www.derbyshire.police.uk/advice/advice-and-information/rc/rural-crime/. 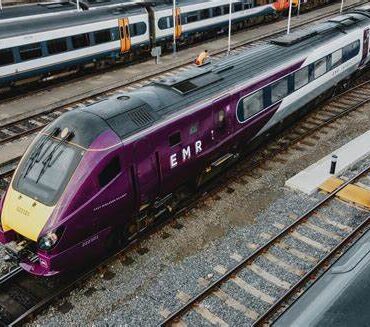 East Midlands Railway (EMR) is able to offer Chesterfield passengers quicker and more frequent journeys after it launched its new timetable this week. The changes, which were made possible by the successful delivery of the £1.5 billion Midland Main Line Upgrade by Network Rail, provide more seats, quicker journeys, and a simpler and more resilient timetable for communities across its network, with earlier and later services supporting leisure, business and […]