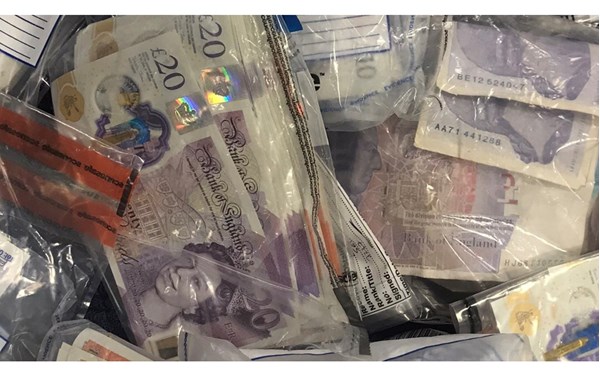 Six people have been arrested during investigations into alleged county lines drug dealing in Chesterfield.

The first two arrests took place on Wednesday (10 November) and saw a man and a woman detained in Lordsmill Street.

The pair were searched and a quantity of what is believed to be heroin and cannabis were found – along with a lock knife, cash, and four mobile phones.

The woman, a 33-year-old from Chesterfield, was arrested on suspicion of being concerned in the supply of class A drugs and has been released on police bail.

The man, Jake Ashmore, of Mulberry Road, Rotherham, has subsequently been charged with the following alleged offences:

He appeared at Southern Derbyshire Magistrates’ Court on Thursday 11 November where he was remanded to prison and is due to appear at Derby Crown Court on 9 December.

Four more people were arrested at a hotel in the town centre after reports of a concern that drug dealing had been taking place in the area around the hotel on Thursday (11 November).

Officers arrested three men and a woman inside a room and, after a search, found a large quantity of suspected cocaine, a large amount of cash, and two knives.

Samantha Hamilton, of Littlemoor, Newbold, has been charged with following alleged offences:

The 30-year-old was remanded in custody to appear at Southern Derbyshire Magistrates’ Court today (13 November).

Detective Sergeant Simon Cartwright, from the north division organised crime unit, said: “The arrests this week are a continuation of our drive to combat county lines gangs operating across the north east of Derbyshire.

“As always this was a real team effort with colleagues from the SALCU road crime team getting the cuffs on those arrested.

“The results are also a direct result of the work between the force and hotels that helps ensure drug dealers have nowhere to hide.

“We know that gangs will use hotels as a base but the message these arrests deliver is simple – there are no safe havens for those wanting to distribute drugs in Chesterfield.

“If you have information about drug dealing in your area then you can contact the force, in confidence, at any time.

“All the information received, no matter how seemingly insignificant, helps build a picture of activities and build evidence that can help bring dealers to justice.”

Anyone with information can contact the force using any of the below methods at any time:

Derbyshire students see the reality of drink and drug-driving

Earlier this week, students at Broomfield College were given a demonstration around the importance of road safety. Youth Engagement Officer Julie Berry arranged the sessions with the support of Derbyshire Fire and Rescue Service and the force’s Roads Policing Unit as part of Work Experience Week, to showcase the work that emergency services must do when they attend a road traffic collision. Targeting new drivers that are either starting lessons or beginning to pass their tests, officers from our Roads […]