If you missed the latest episode of The Biggs Report Podcast with Richard Shaw Wright and Alan Biggs the audio is below.. 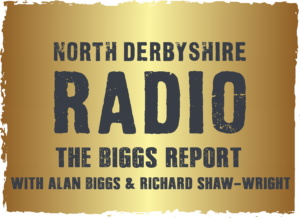 Derbyshire police join anti-knife crime campaign along with forces across the UK.

Operation Sceptre is described as a ‘national week of intensification’ in the fight against knife crime and Derbyshire Constabulary say they will be highlighting the work they do to rid the county of illegal and dangerous weapons over the next seven days. While some of the campaign will ‘not be so publicly obvious’ the force have explained, they warned residents in Derbyshire that they may see officers conducting sweeps of public places in the hunt to find people carrying knifes […]