On Friday 11 June 2021, Council Leader Steve Fritchley joined the first meeting of the Bolsover high street taskforce, along with other stakeholders and representatives from the town.

The taskforce is charged with developing ambitious plans to regenerate and improve Bolsover’s town centre to become the pre-eminent market town in North Derbyshire. It is looking to build on the existing strengths the town has, including Bolsover Castle, a wide-range of independent shops and the strong community spirit in the town.

Bringing the key stakeholders together to gain investment into Bolsover town centre is part of the Council’s Vision Bolsover prospectus. The general decline of town centres due to online shopping in conjunction with the pandemic has highlighted the need to make sure that Bolsover’s town centre has the tools and infrastructure it needs to compete with the demands of the 21st century.

The new high street taskforce aims to bring together various stakeholders including the Council, Visit Bolsover, Derbyshire County Council, Old Bolsover Town Council and charities such as the Freedom Project. It is hoped that the project will start to shape a vision for Bolsover town centre so that it can thrive for years to come.

In its initial meeting, the taskforce discussed what the future of the town would look like, including discussions around how Bolsover makes the most of its brilliant shopping and tourism potential. Further meetings will be held in the coming weeks with a view to bringing together a bid for the Government’s Levelling Up Fund.

Council Leader, Steve Fritchley said, “Bolsover town lends itself to tourism and could well be the starting or jumping off point. The medieval history of the town should be exploited and could be a place to stay in order to visit other attractions in the immediate area. Bearing in mind that tourists don’t see boundaries, good overnight accommodation would be an essential requirement. An environment conducive to tourism and inward investment needs to be created and it is down to us all to create that environment.”

Mark Fletcher MP said, “I’m really grateful to everyone today for coming along to the first meeting of the Bolsover High Street Taskforce. Town centres throughout the UK have really struggled over the last few years and we want to make sure that Bolsover has a vibrant town centre for many more years. Today’s discussion has been really important for bringing a number of key stakeholders together to get everyone in the same room and speaking to one another. Making sure that we bring together businesses, various local authorities, charities and other stakeholders will be vital to making sure that we shape a sustainable and robust vision for the Bolsover District.

“Bolsover’s town centre is already blessed with historic buildings and has huge potential for tourism, which can act as a honeypot for many other attractions locally. But we need all our key stakeholders working together to deliver a thriving town, where shopping, culture, jobs heritage and economic growth go hand in hand.”

Sarah Smith, joint founder of Visit Bolsover owner of Old Bolsover Yard added, “I’m pleased to be working with the taskforce to further develop our towns offering. We have an amazing wealth of small independent shops and businesses in Bolsover, which are vital to both the local and visitor economy. Where you shop really does matter!”

Councillor Paul Goodwin, Chair of Old Bolsover Town Council commented, “I was keen to attend this inaugural meeting of the Bolsover High Street Taskforce together with Michele Longden who is Vice-Chair of Old Bolsover Town Council. The Town Council has formulated some of its own ideas about how we might improve the Town Centre for local people and also to encourage those visitors who are attracted to our wonderful Town to stay a little longer and therefore benefit the local economy.

“We work closely with the District Council, County Council, the voluntary sector and local businesses wherever possible in order to help in any way that we can. With the support of our local MP to bring everyone even closer together through the formation of a local taskforce it is a further step towards ensuring that a bright and prosperous future for the Town can be secured.” 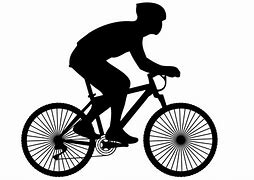 Children and young people in Shirebrook can get active whilst learning as the town’s BLAST organisation are running a new bike club in the grounds of the Holy Trinity Church. Sessions are held every Wednesday and give youngsters the chance to learn how to repair their bikes or repurpose an old bike into a new one. Shirebrook County Councillor, Councillor Christine Dale is sponsoring 10 places on the course for […]