Derbyshire Police Chief Constable Rachel Swann said: “At 7.26am yesterday the force was called in relation to concerns for the safety of a man in Killamarsh.

“The families of Terri, Lacey, John Paul and Connie have all been informed and my thoughts, along with all at Derbyshire Constabulary, are with them at this most tragic of times.

“This has been an understandably shocking event that has deeply affected the local community in Killamarsh, as well as Connie’s family and friends in Sheffield, and our thoughts are also with them.

“I would also like to state my thanks to those officers who arrived at the scene with such speed as well as colleagues from the East Midlands Ambulance Service who attended the incident. All acting with immense professionalism in such a difficult situation.

“While understandably worrying and upsetting this is believed to be an isolated incident in which those involved were known to one another and nobody else is being sought in connection with the deaths.

“The force did not have any prior contact with those involved.

“The man officers arrested at the scene, a 31-year-old from Killamarsh, remains in police custody on suspicion of the murders of Terri, Lacey, John Paul and Connie.

“A team of detectives have been working through the night to understand the circumstances that led to their deaths and I would urge anyone with any information to come forward.

“Of particular interest is anyone who was in the Chandos Crescent area between 9.30pm on Saturday evening and 7.30am the following day and who may have information that would be helpful to the investigation.” 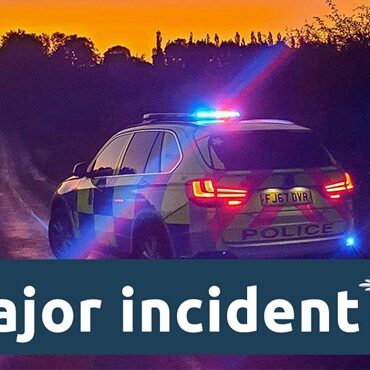 Four people have sadly been found dead at a house in Killamarsh on Sunday morning. Police were called at around 7.25am to concerns for safety of those at an address on Chandos Crescent and one man has been arrested in connection with their deaths. A murder investigation has been launched. Police believe the incident to be isolated, and we are not looking for anyone else in connection with their deaths. […]