We’ve dug into the archives to find a photo of our Ashbourne Recreation Ground with the bandstand there looking in better shape than it has in recent times.

Sadly, due to concerns about the safety of the badly vandalised structure we had to dismantle the bandstand down to plinth level last week.

The good news is that the plinth will be retained and temporary timber fencing erected to allow its safe use by the public pending a replacement structure being provided, subject to planning consent, early next year.

“I committed some time ago to focusing on improvements to Ashbourne Recreation Ground to put it in the best possible shape to apply for the same green flag status enjoyed by our Hall Leys Park in Matlock.

“I’m delighted to say that this work is progressing well against the exciting backdrop of the massive Pavilion in the Park project, which we continue to support.

“We have £70,000 ready to invest in the replacement for the bandstand and to provide a new shelter at the top of the park on the site of a structure there lost many years ago.

“We are keen to ensure these new structures complement their location in a memorial park and also meet with users’ requirements. We will therefore be consulting on future options for the bandstand and proposed new shelter with the park’s newly formed interest group and will provide more information when we have some initial plans.

“Immediately following on from the dismantling of the bandstand, our contractors will be completing the new block paved entrance and new uplighters to the memorial gates. This work has been delayed by a national shortage of building materials.

“A large conifer tree next to the gates, which is causing damage to the wall and obscuring the memorial gates, will also be removed and a replacement tree planted in a more suitable location. Further works to paths and footbridges are planned for next year.

“All this is in addition to improvements earlier this year to the park’s play equipment and tennis courts, plus some spectacular planting schemes put together with the valued support of the Royal British Legion, Ashbourne U3A and the local Rotary Club.

“So while there will be more to come next year, the works we are undertaking now should make the park a more welcoming place in the coming months.” 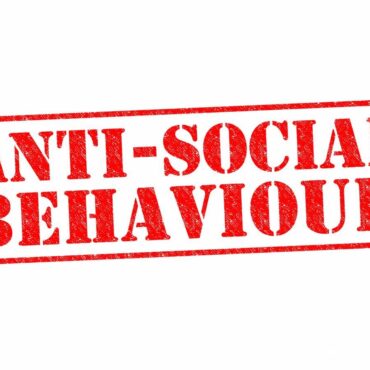 Funding to tackle antisocial behaviour (ASB) is available from Derbyshire Police and Crime Commissioner Angelique Foster’s Antisocial Behaviour Prevention Grant. This new dedicated funding stream has been set up in response to feedback from local residents, parish and town councils and community groups. The Grant, worth a total £100k, is designed to help local groups and organisations, including parish and town councils, to take a stand against the problems that bring […]