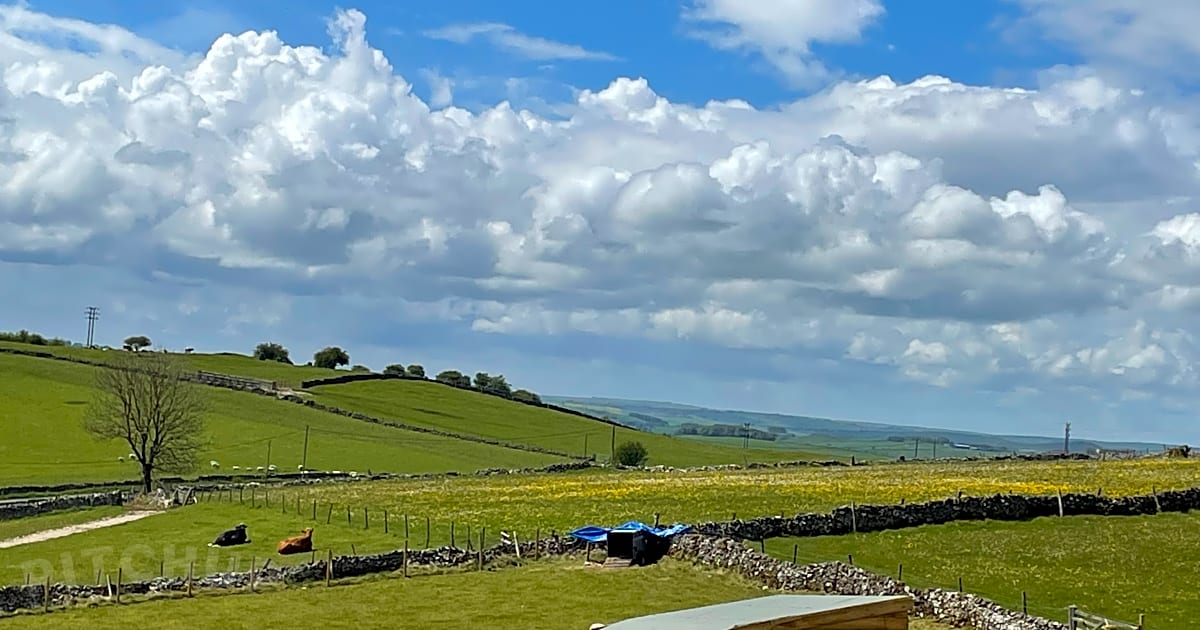 The owner of a Derbyshire campsite which has been operating unlawfully for months says removing works built on the site will cost her thousands of pounds.

On land north of Brassington, a couple of miles from Carsington Water in rural Derbyshire, sits a campsite called The Laurels, in Manystones Lane.

A planning appeal decision from John Whalley, a Government planning inspector, details that the site was operating as a campsite – for caravans and tents – throughout 2021 and intended to operate “all year round” in 2022.

However, the site owner, Sharon Birks, who bought the site last January and upgraded it with play equipment, an array of animals, a new stone track and entry way, at a total cost of around £80,000, did not have permission for the development, or the site’s operation as a campsite.

Mr Whalley has now ordered Mrs Birks to cease use of the site as a campsite for caravans and to remove all of the installed works, including the track, but may continue to use it for tented camping for up to 56 days a year.

Speaking to the Local Democracy Reporting Service, Mrs Birks, a carer, said she was “disappointed” at the result, which she says has left her “gridlocked”.

She says she will likely completely stop the camping site operations in January next year when she suspects her licence from Freedom Camping Club will not be renewed.

Mrs Birks says that without the stone track which she installed – and may cost £10,000 to remove – she would lose most of her trade, which comes from campers arriving by car, because vehicles would not be able to access the site.
She said she would become wholly reliant on walkers and cyclists which would not be enough income.

Mrs Birks said she would also likely have to sell the animals which are accommodated at the top of the site, which include pigs, sheep, alpacas and hens

She told the LDRS: “Lots of people in the area have done similar things but it looks like if you aren’t friends with people in Brassington, they will chuck everything out.

“They clearly don’t want an influx of visitors coming into their little village, even though there are 44 holiday cottages in the village.
“I have three months to remove the track and everything and if I have to sell (the land) I’d have to get rid of all my animals too.”
Mr Whalley’s appeal decision relates to enforcement action taken by Derbyshire Dales District Council against the campsite owner, Sharon Birks which she was seeking to overturn.

The council served notices on Mrs Birks in September claiming there was “unauthorised” building and engineering work which had been carried out on the land.

This included a wider access, hard-surfaced track and hardstanding area, a raised deck and surface on which children’s play equipment had been installed – including a trampoline buried in the ground, slide, sandpit and climbing frame.
The authority also claimed the owner had set up a campsite without planning permission.

It asked that Mrs Birks remove the developments and return the site back to its previous condition and “permanently cease” use of the land for caravan and camping use.
Mr Whalley’s appeal decision details that a number of small pens for the animals had also been built close to the campsite.
He details that permitted development rights do allow for tented camping to take place on a site for up to 56 days a year, which Mrs Birks said was the case in 2021.

The council contested that temporary use of the land was clearly not the intent with playing equipment being installed in a permanent manner.

Mr Whalley also details that the site is listed on the website PitchUp, “where the owners said: ‘Barbecues, campfires and dogs are allowed at this traditional campsite, where families, single-sex groups, students and motorcyclists are all very welcome to pick a plot’.

Mrs Birks said the intention was to offer the campsite from March to September in 2022, but Mr Whalley referred the owner to a post on her Facebook from January this year which detailed: “It’s official we can now open all year round.
“Last year we only did 56 days with lovely reviews and met some great people but this year we are pleased to announce we have got permission to open both fields all year round.”
Mr Whalley said that even if camping was only offered from March to September, this would be in excess of the 56 day permitted development right.
He wrote: “I agree with the council that there has been a material change of use of the land to a use for camping, a recreational use. Whatever agricultural use remains it is as an additional attraction for camping guests.”
Mrs Birks said the other developments on the site would not result in “significant harmful impact on the character of the landscape” and that her intent was to operate an agricultural unit with occasional camping.
Mr Whalley writes: “I agree with the council that the breach of planning control constituted an unjustified form of development in the countryside that has resulted in considerable harm to the appearance and character of the local landscape.
“The new access splays and access track are visually intrusive, adding a widened access and a discordant and highly visible stone roadway running up from Manystones Lane, entirely out of scale with what purported to be a small agricultural holding.
“The contrast between the attractive rural pasture that existed before the notice works took place and the unsightly situation today is stark.
“The extent of the site and the unauthorised use of the land as a camping field results in harmful encroachment into this open and prominent part of the local landscape.”
He called the camping site “unacceptable” and ordered its “cessation”.

However, he said the owner can still accommodate tented camping for up to 56 days a year.

Visiting the village of Brassington, residents told the LDRS that a campsite should be acceptable as long as it goes through the right procedures.
A resident who did not wish to be named said: “I tried to get a shepherd’s hut approved and I got turned down. If they want it, they have got to do it the right way, like I did.
“I am a bit narked about it, they need to do it the right way.”

Further residents, who did not wish to be named, said: “The village should be as inclusive as possible and this would bring revenue and customers into the village, the village could do with a shop, the pub does pretty well but is not that busy.

“Some residents might be worried about the noise from it (the campsite) and bonfires and depending on the age of the campers, any people behaving inappropriately.

“There has been some hostility to campers being told they are trespassing, which we are disappointed about.”
David Hadfield, who has lived in the village for more than 40 years, said: “If it is small scale modest site then it should be fine, a big site may cause a problem from a scenic point of view.”

Barbara Walker said: “It wants a bit of life, let it stop the way it is, I can’t see it interfering with anybody.
“Some people would not let anybody live, would they?
“Why not leave it there?”

As of this week, The Laurels is still listed on the campsite website PitchUp with bookings available through to the end of the year.
The total number of advertised days from Monday, June 20 is 158 – around three times the permitted number of days for a temporary camping site.
However the site is now restricted for tent and trailer tent only, with caravans no longer allowed.

Its listing advertises the site for £15 a night for up to four people with optional extra £5 charges for a gazebo, pup tent, awning, dog, firepit, a bag of logs, £3 for a car and £3.50 for kindling.

The listing details that the site currently has 66 reviews from customers, dating back to May 2021, including photos of caravans on the site, the play area equipment and animals.

A plan to reopen a railway line linking Sheffield and Chesterfield through the city’s south east and North East Derbyshire has taken another step closer. Minister of State for Transport Wendy Morton has said the reopening of Barrow Hill Line has now progressed past the strategic outline business case phase along with eight other UK schemes. The proposal to reopen the line to passengers will get a slice of £15 million to further develop the case before being considered again. […]