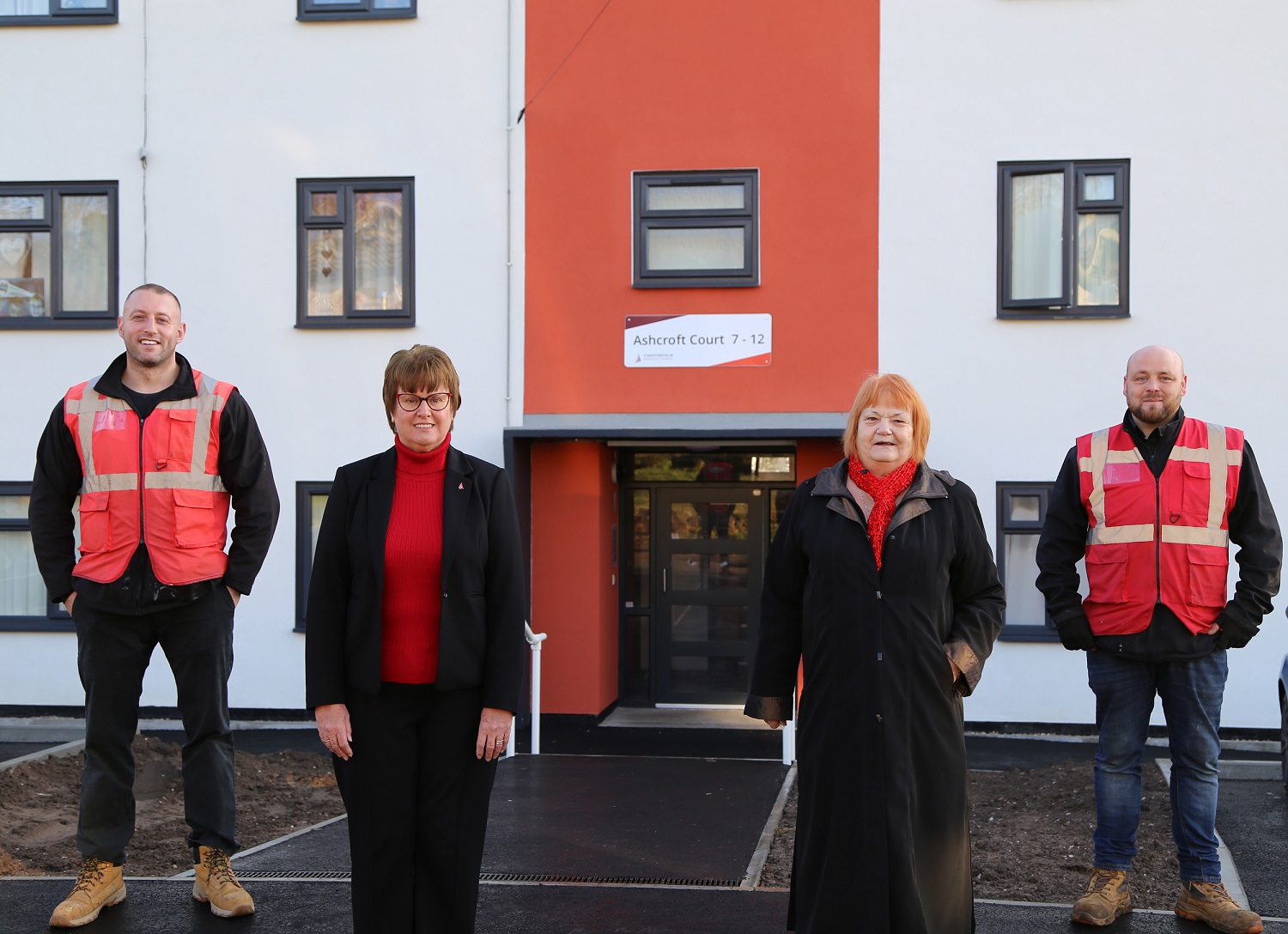 A major regeneration project which has invested almost a million pounds to improve the look and feel of homes in Chesterfield is now complete.

As part of Chesterfield Borough Council’s wider £8 million Residential Block Refurbishment Scheme, Ashcroft Court in Old Whittington is the latest block of flats to in the borough to benefit from a major facelift.

The refurbishment at Ashcroft Court is part of the council’s commitment to providing high quality housing across the borough and create modern, attractive places for people to live.

Extensive internal and external improvements have been completed at Ashcroft Court, including the re-tiling of the roof and upgrading of the roof insulation to provide better thermal efficiency. Windows in flats and communal areas have also been replaced with A rated thermal efficient equivalents which give the block a modern facelift.

Communal areas have been fully upgraded and emergency lighting has been renewed with longer lasting, energy efficient LED fittings now in place. The council has also upgraded all communal electrics including the door entry system. New extractor fans have been installed in all the flats and the council has installed new boilers in a number of the homes.

Councillor Chris Ludlow, cabinet member for housing, said: “A key part of our housing strategy is to ensure that our homes are of excellent quality and that we create attractive, modern places that people to choose to live so we are really pleased that this scheme is progressing well and we have another block of flats completed.

“In response to the climate emergency that was declared in July 2019, the council is committed to ensuring that its existing housing stock is as energy efficient as possible. Therefore, it was important that as part of this project that measures were in place to improve the thermal efficiency of the homes.”

Landscaping works have also been carried out existing footpaths being renewed to help improve access around the estate and to each property and create level access to all front entrances.

The £8 million Residential Block Refurbishment Scheme will continue to run over a three-year period with the next stages of the project initially focusing on Seaton Court, Brearley Court, Dixon Court and Newland Dale, with the potential for more blocks to be added in the future.

James Taylor, Contracts Manager at Fortem said: “We’re thrilled to have begun the council’s Residential Block Refurbishment Scheme with the much needed upgrades to Ashcroft Court. The completed work has reinvigorated the flats to provide warm, attractive and energy efficient homes which residents can be proud of. This is Fortem’s fourth project as part of the Scheme in Chesterfield and we’re excited to continue, with work on-going at Brearley and Dixon Court which is due for completion early in 2022.” 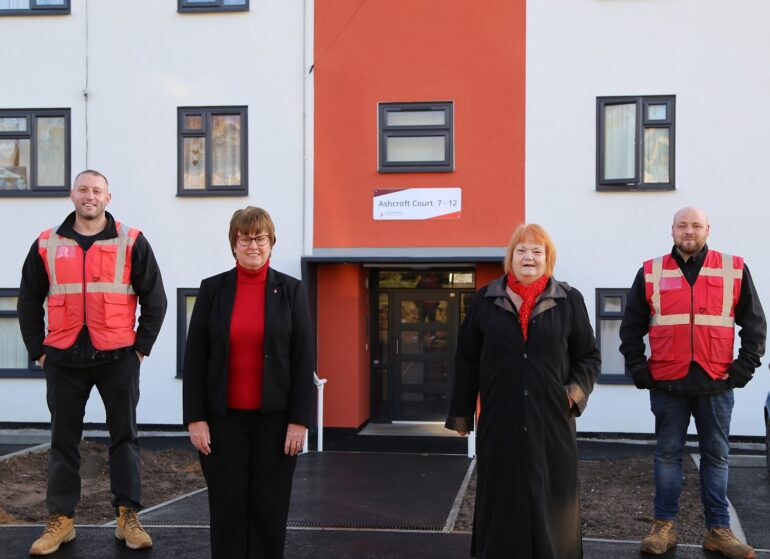 Derbyshire County Council Cabinet will meet on Monday (24 January 2022) to consider how the authority will manage and spend a proposed £618.457 million net budget for 2022-23, and at what level it will set its council tax for the coming year. The Revenue Budget Report sets out our current financial position, the continuing impact of COVID-19, details of the government’s spending review 2021 and the provisional local government finance settlement, before identifying the significant service pressures we're currently facing […]