Following a week of targeted action, nine vehicles have been stopped and almost 30 scrap metal dealers spoken to in relation to incidents involving catalytic converters.

Between 19-25 April 2021, the force took part in a national Catalytic Converter theft week of action. Policing teams from across the county were involved in proactive activity to raise awareness around protecting catalytic converters, and take action against those stealing them.

As part of a multi-agency response, officers from the force’s Licensing unit teamed up with the Environment Agency and HMRC to visit scrap metal yards.

Across 28 sites, action was required at two:

A catalytic recycling business in Pinxton was visited and the owner was allegedly found to be trading without a licence, and was reported for offences under the scrap metal dealers act. A customer in a car was also found with six catalytic converters from a garage in Mansfield, and was issued with paperwork by the Environment Agency for no waste carriers’ licence.

Officers also visited a premise in Langley Mill, where they found a lapsed licence site. Paperwork was issued by the Environment Agency for the waste at the site, and colleagues from HMRC found a truck running on red diesel so a fine was issued.

Early on in the week, five warrants were carried out across the East Midlands concerned with waste land fill. A firearm was found, along with large amounts of cash and account records, and four arrests were made – one of which was in Derbyshire.

Officers from Derbyshire Police Roads Policing Unit were on patrol in the south of the county, particularly around hotspot areas. They stopped nine vehicles during the week where they believed the occupants may have been involved in catalytic converter thefts.

During one of the stops, clothes were found in the boot of a car and three people were arrested on suspicion of stealing clothes. They will all appear at court at a later date.

Proactive work is continuing with officers working closely with Toyota garages to roll out a scheme in hotspot areas, using Smart Water to mark catalytic converters in case they are stolen.

As more people head back to work, officers are urging people to get their catalytic converters protected as more people will be using car parks and on street parking.

To find out more about protecting your vehicle and keeping your catalytic converter safe, please visit our website: https://www.derbyshire.police.uk/cp/crime-prevention/keeping-vehicles-safe/vehicle-safe-and-sound/ 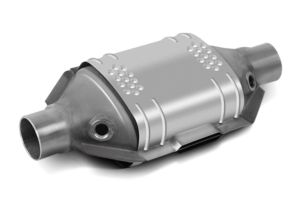 Derbyshire Voluntary Action at 30 – Interview with Charlotte Repton – Listen Below…