A man has sustained a broken jaw after an assault in Ripley in the early hours of Sunday 1 August.

The 45-year-old man was walking in Grosvenor Road at about 4am, when he and his friend struck up a conversation with two other men.

One of the men is then said to have punched the victim in the face, causing him to briefly lose consciousness. He required hospital treatment, including an operation on his jaw, following the incident.

The victim and his friend had just left Crib bar and were near to the Boyes store when the assault happened.

Officers have been following several lines of enquiry as part of their investigation, including reviewing CCTV in the area. However, at this time no relevant footage has been located.

As such, they are keen to hear from anyone who may have witnessed the assault.

Anyone with private CCTV, which has not already been reviewed by officers, or relevant dash cam footage is also asked to make contact.

Any useful footage should be securely downloaded to another device and stored safely for officers to view. 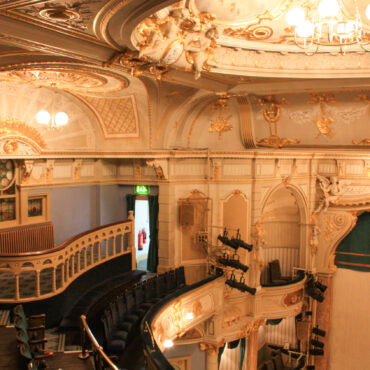 Singers across North Derbyshire are being urged to get in touch with Buxton Opera House who are looking for new talent for a forthcoming show. The Opera House are to stage a production of A Midsummer Night’s Dream at Pavilion Gardens on Sunday August 29th Directors are looking for voices to appear on the Labi Siffre and Madness song 'It Must Be Love' along with members of the cast Find out […]