700 responses to police staff survey on sexual harassment in workplace

An internal survey asking Derbyshire police staff if they have experienced sexual harassment in the workplace has yielded 700 responses.

Derbyshire police chiefs say improvements are being made after hundreds of anonymous staff were invited to raise issues of sexual harassment at work.

Chief Constable Rachel Swann is seen in a video telling the Derbyshire Police and Crime Commissioner that the force is taking a “very proactive” stance on sexual misbehaviour within the force.

Derbyshire police’s most senior officer was asked questions on the public’s behalf by Police and Crime Commissioner Angelique Foster in a scrutiny meeting which centred on women and violence across Derbyshire. Chief Cons Swann then revealed Derbyshire Constabulary carried out its own survey to ask officers and police staff about sexual harassment experiences.

The survey attracted 700 responses, which the police say was a large response that “gives a very good indication of the issues raised”.

However, a Derbyshire police spokesperson said feedback from the survey showed that it was not felt there was an “endemic issue of sexual harassment within the force at this moment in time”.

“The force had 700 responses, in which we have taken feedback and made improvements such as the introduction of an anonymous Force Integrity line. The force is absolutely committed to robustly dealing with any staff member who falls below the standards that are expected of them.”

If each of the 700 responses came from a single staff member, that equates to around 20 per cent of the workforce at Derbyshire police who had responded to the survey.

Respecting the sensitive nature of the topic, the Local Democracy Reporting Service asked Derbyshire police if the force could give a general summary of the 700 responses provided. The LDRS also asked if any investigations started after the collection of survey answers.

A spokesperson for Derbyshire police said: “What was clear from the survey was that there was not felt to be an endemic issue of sexual harassment within the force at this moment in time. Some responders who had been in the force for many years told of their experience in the past but explained that the force was a much different place now.

“However, that does not mean that the force is complacent about the concern and potential that officers and staff may be victims of sexual harassment and there is significant work planned around standards in the coming months.

“One of the points that were raised in the survey was a concern about the reporting mechanisms should they be a victim of sexual harassment. While the force already has an internal reporting tool the force has introduced the Force Integrity Line which is run by Crimestoppers and is a totally anonymous reporting mechanism. This has been in place for a little under six months. 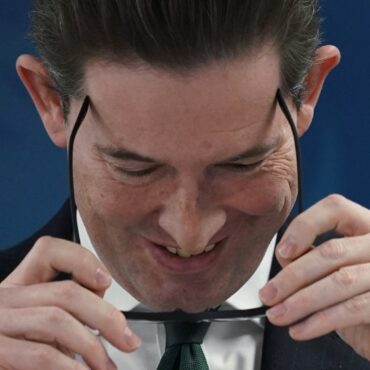 Director general of MI5 gives security summary The UK “must be ready for Russian aggression for years to come”, the boss of MI5 warned as he laid bare the “very real threat” posed by hostile states. Director general Ken McCallum described how the UK is in a contest with “adversaries who have massive scale and are not squeamish about the tactics they deploy”, setting out in stark language the dangers […]