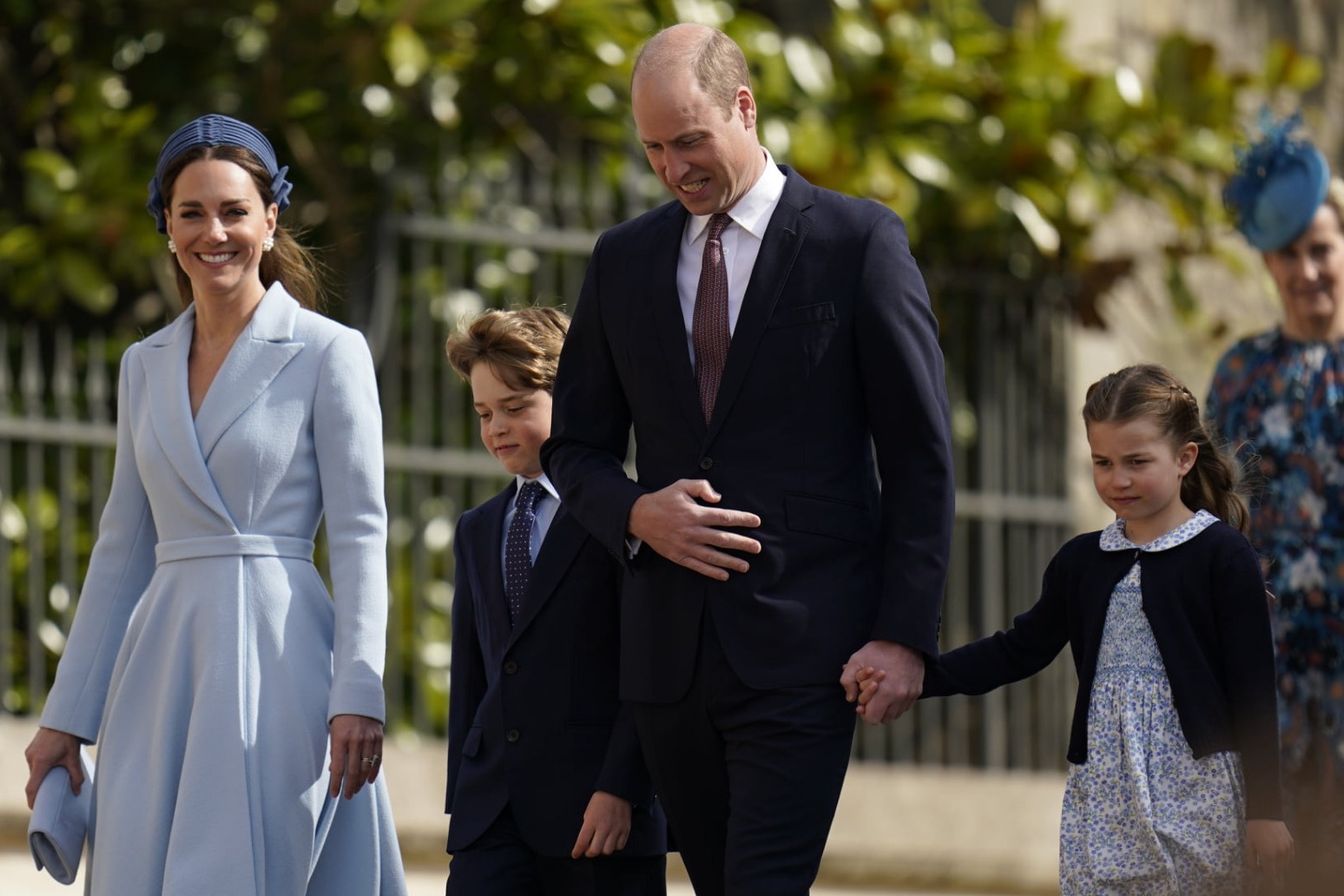 The Duke and Duchess of Cambridge have joined other members of the royal family for the annual Easter Sunday service.

William and Kate were accompanied by their children Prince George and Princess Charlotte as they stepped out in the spring sunshine for the event at St George’s Chapel, Windsor Castle.

The Queen, who has been experiencing mobility issues, is not attending the service, which is a staple in the royal calendar.

The Prince of Wales and Duchess of Cornwall, who represented the Queen at Thursday’s Royal Maundy service at the same chapel, are also not attending the Easter Sunday service.

Kate wore light blue, as did her daughter, who held William’s hand as she walked to the chapel in the grounds of the castle.

Prince George, like his father, wore a suit and tie.

The Cambridge children’s Easter Sunday outing follows another rare public appearance last month in honour of their great-grandfather, the Duke of Edinburgh.

The eight-year-old future king and his six-year-old sister joined their parents at the memorial service for Philip at Westminster Abbey.

The Queen, who was also present at the memorial service, has been carrying out virtual events and other duties as head of state.

The 95-year-old, who turns 96 on Thursday, reached her Platinum Jubilee in February and overcame a bout of Covid after testing positive that month.

After spending a night in hospital last October, she spent the following three months under doctors’ orders to only conduct light duties and missed a number of prominent events.

The Queen had a visit from her grandson the Duke of Sussex and his wife the Duchess of Sussex in Windsor on Thursday.

Harry and Meghan had flown from their home in the US and stopped off in England before heading to The Hague in the Netherlands for the Invictus Games.

While in Windsor, the couple also met with Charles.

Harry and Meghan’s attendance at a reception at the games on Friday marked their first public appearance together in Europe since quitting as senior working royals more than two years ago. 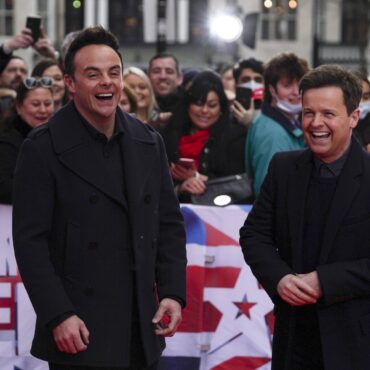 A sharp-witted comedian will take to the Britain’s Got Talent stage in a bid to impress the judges and inspire his son to believe in himself. Axel Blake, a 33-year-old property maintenance manager from west London, will joke with judge Simon Cowell ahead of his stand-up comedy routine that he would give him a good deal on a kitchen if he voted him through to the next round. The ITV […]