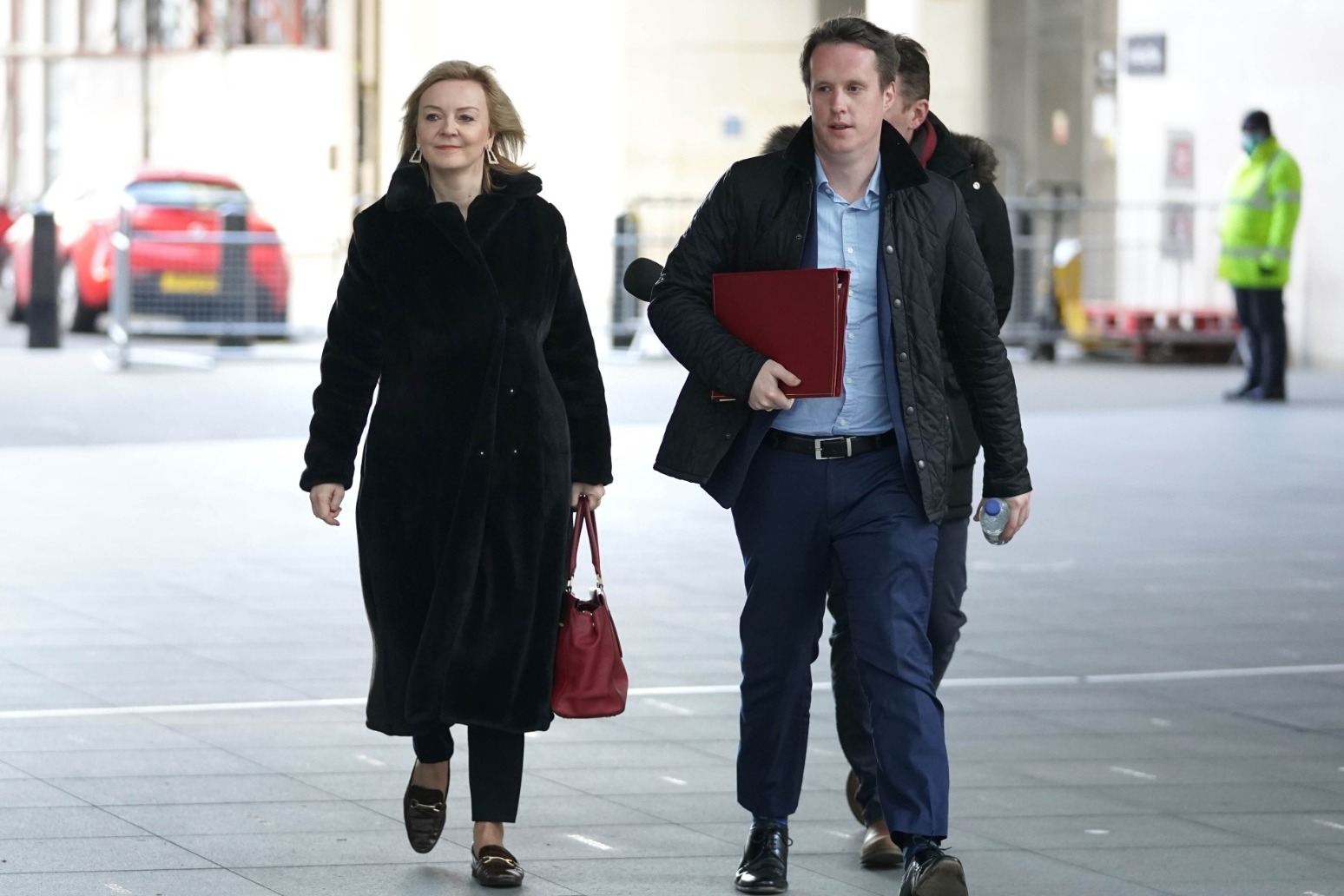 A Russian invasion of Ukraine would be “disastrous”, Liz Truss warned her counterpart in Moscow as diplomatic activity intensified to ease the crisis.

Prime Minister Boris Johnson has flown to Brussels for talks with Nato’s chief before heading to Poland to offer support to eastern European allies.

The UK has put 1,000 troops on standby in case of a humanitarian crisis in the east if the current Russian military build-up leads to war.

The Foreign Secretary used a meeting with counterpart Sergei Lavrov to call on Russia to abandon “Cold War rhetoric” and avoid war.

“The reality is we cannot ignore the build-up of over 100,000 troops on the Ukrainian border and the attempts to undermine Ukrainian sovereignty and territorial integrity,” she said.

“Fundamentally, a war in Ukraine would be disastrous for the Russian and Ukrainian people, and for European security. And, together, Nato has made it clear that any incursion into Ukraine would have massive consequences and carry severe costs.”

She urged Vladimir Putin’s administration to respect the Budapest memorandum signed in 1994, which committed the UK, US and Russia to respect and uphold Ukrainian independence.

“If these principles are respected, I believe that, in today’s talks, we can make progress to strengthen security for all,” she told Mr Lavrov.

Mr Johnson was meeting Nato secretary-general Jens Stoltenberg at the alliance’s headquarters in Brussels on Thursday morning before flying to Poland.

British officials have warned that any further Russian incursion into Ukraine would be a “humanitarian disaster” leading to a mass displacement of people, which would particularly affect countries like Poland and Lithuania.

Additional troops are being placed on readiness to provide a humanitarian response if required, although they could also be used to provide further support to allies in the region.

Meanwhile, 350 Royal Marines from 45 Commando are to begin deploying to Poland as part of a further strengthening of UK support to the country announced earlier this week.

In December the UK sent 100 Royal Engineers to the country after Moscow’s ally, Belarus, engineered a refugee crisis on the border.

Ahead of his visit to Warsaw, Mr Johnson insisted the West must stand firm in the face of Mr Putin’s “coercive diplomacy”.

He made clear that Nato could not accept a key Kremlin demand that there should be no further enlargement of the alliance.

“As an alliance we must draw lines in the snow and be clear there are principles upon which we will not compromise,” he said.

“That includes the security of every Nato ally and the right of every European democracy to aspire to Nato membership.”

Mr Johnson was expected to reiterate an offer to strengthen Nato’s defences.

It includes doubling the number of UK troops in Estonia, deploying more RAF jets to create a squadron in southern Europe, and dispatching a Type 45 destroyer and HMS Trent, an offshore patrol vessel, to the eastern Mediterranean.

Sir Keir Starmer will also meet Mr Stoltenberg on Thursday as the Labour leader strives to break with the party’s perceived weak stance on defence under his predecessor Jeremy Corbyn.

In an interview with The Times, Sir Keir said “we are firm and united in our support for Nato”, and he argued Mr Johnson’s standing on the world stage has been weakened by the scandals in No 10.

“His authority has been diminished because of the various activities over the last few months,” Sir Keir said.

Russia currently has an estimated 130,000 troops massed along the border with Ukraine, prompting fears that it is preparing for a full-scale invasion.

French President Emmanuel Macron, who met Mr Putin in Moscow earlier this week, said the Russian president had told him he is not seeking to escalate the situation.

However, with large-scale Russian military exercises about to begin in Belarus, which also borders Ukraine, there are fears they could be cover for an attack.

While there is no appetite among Western powers for direct military intervention in Ukraine, which is not a Nato member, they have warned of crippling sanctions in the event of any Russian incursion.

Defence Secretary Ben Wallace, who is set to visit Moscow on Friday, said the 1,000 extra troops could be sent to any Nato country where there are consequences of an invasion of Ukraine, including the Baltic states, Poland, Romania and Nordic nations.

“Should Russia invade Ukraine I think we can expect very large movements of people as refugees and that in itself can be very destabilising to small and medium-sized states,” he told BBC Radio 4’s Today.

“I think there’s a danger that Labour is probably talking in their own echo chamber,” he said.

“I visited 11 countries in the last two-and-a-half weeks, I’ve visited and talked to nearly 20 international partners since December, and that’s absolutely not the case. What’s absolutely the case is Britain is recognised as a serious player.” 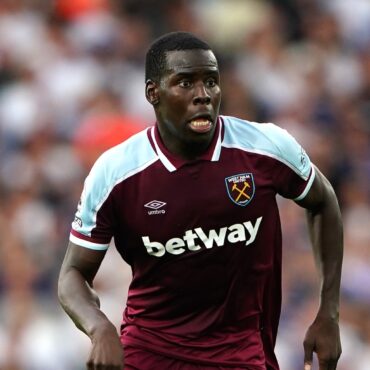 Kurt Zouma’s two cats have been taken into the care of the RSPCA and the defender has been fined “the maximum amount possible” by West Ham following the mistreatment of his pet. Zouma, who played against Watford in the Premier League on Tuesday night, has been widely condemned after a video emerged of him dropping, kicking and slapping the animal. The RSPCA swiftly rebuked the “very upsetting” video after it […]