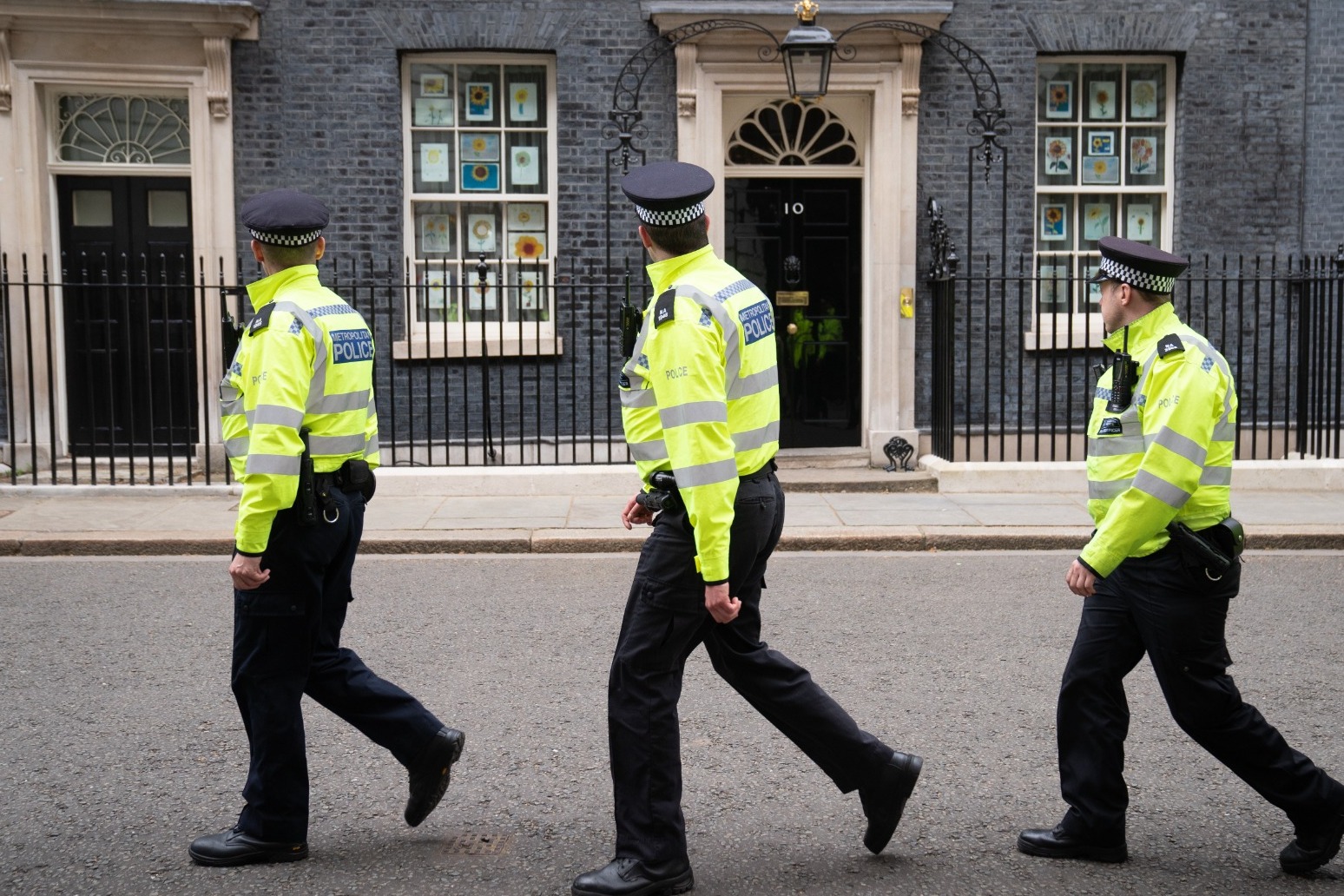 A Conservative peer has quit as justice minister over breaches of Covid regulations in Downing Street.

A Conservative peer has quit as justice minister over breaches of Covid regulations in Downing Street.

David Wolfson said in a letter to Prime Minister Boris Johnson that he was quitting not only over the events themselves or the PM’s “own conduct”, but also “the official response to what took place”.

Lord Wolfson said he had reached the “inevitable conclusion that there was repeated rule-breaking, and breach of the criminal law, in Downing Street” and that the “scale, context and nature of those breaches” were inconsistent with the rule of law.

It comes after Mr Johnson and Chancellor Rishi Sunak paid fines relating to a birthday party held for the PM in the Cabinet room in No 10 in June 2020.

However, neither politician indicated they would consider resigning over the finding by the Metropolitan Police, instead saying they wanted to get on with the job.

It comes as Welsh Secretary Simon Hart indicated Mr Johnson would not resign even if he was fined multiple times in the Metropolitan Police’s Operation Hillman probe.

On Tuesday, Mr Johnson did not rule out the prospect he could be fined again for further events.

He is reported to have attended six of the 12 under investigation.

Mr Hart told Times Radio: “I don’t necessarily see the difference between one or two (fines), for example, the principle is the same.”

He said: “I personally don’t think that for people in public life – or any other walk of life, for that matter – that should necessarily be accompanied by another penalty, which is the removal of your job or similar.”

Earlier, Tory MP Nigel Mills – thought to be the first Tory backbencher to call for Mr Johnson to fall on his sword since the fines landed – told the PA news agency “we have every right to expect higher standards of people making these laws”.

Asked if he thought Mr Johnson’s position was untenable, Amber Valley MP Mr Mills said: “Yeah, I think for a Prime Minister in office to be given a fine and accept it and pay it for breaking the laws that he introduced… is just an impossible position.

“We have every right to expect higher standards of people making these laws… so the idea that he can survive having broken one and accepted he has broken (it), I just think is impossible.”

Both Mr Johnson and Mr Sunak – and Mr Johnson’s wife Carrie, who was also fined – apologised on Tuesday and confirmed they had paid the fines imposed by the Metropolitan Police.

Transport Secretary Grant Shapps defended the Prime Minister on Wednesday morning, saying he is “human” and did not knowingly break the law.

On whether Mr Johnson misled Parliament, Mr Shapps told ITV’s Good Morning Britain programme: “I don’t think he knowingly broke the laws when he came to Parliament. We now know that the Metropolitan Police have said that he shouldn’t have stepped into the Cabinet Room when staff had organised a surprise.

“I don’t think he came to Parliament thinking that that breached the rules.”

Other Tory MPs and Cabinet ministers have also shown their support for the Prime Minister, praising his leadership during Covid and Brexit and pointing to the war in Ukraine.

A Home Office source said Mr Johnson has Home Secretary Priti Patel’s “full support” and that it was difficult for Home Office ministers to comment on ongoing police investigations.

Conservative former Cabinet minister Lord David Frost told LBC he does not think a fixed penalty notice is “in itself grounds for resignation”.

However, he added: “I think it’s very important in our constitutional system that correct information is given to Parliament, so I hope the Prime Minister comes to the House on Tuesday and makes it clear what the actual position is.”

Meanwhile, Labour, the Liberal Democrats and the SNP have continued to back calls for the Commons to be recalled from its two-week Easter break to allow the Prime Minister to “tender his resignation” in person to MPs.

Shadow chancellor Rachel Reeves said Mr Johnson and Mr Sunak do not seem to understand how “deeply offensive” their lockdown breaches are.

More than 50 fines have been referred to the Acro Criminal Records Office since the Met’s inquiry started.

Speaking to broadcasters at his country residence, Chequers, on Tuesday, Mr Johnson said it “did not occur” to him at the time that the party for which he was fined might be breaching Covid rules.

Mr Sunak offered an “unreserved apology”, saying he understood that “for figures in public office, the rules must be applied stringently in order to maintain public confidence”.

A spokesperson for Mrs Johnson said: “Whilst she believed that she was acting in accordance with the rules at the time, Mrs Johnson accepts the Metropolitan Police’s findings and apologises unreservedly.”