A Tory MP has been found guilty of sexually assaulting a 15-year-old boy after forcing him to drink gin at a party 14 years ago.

The victim said he wasn’t “taken very seriously” when he made the allegation to the Conservative Party press office days before Imran Ahmad Khan, 48, was elected as the MP for Wakefield in West Yorkshire in the December 2019 general election.

He made a complaint to police days after Khan helped Prime Minister Boris Johnson win a large Commons majority by taking Wakefield in the so-called “red wall” that had formed Labour’s heartlands in the Midlands and northern England.

Southwark Crown Court heard how Khan forced the teenager to drink gin and tonic, dragged him upstairs, pushed him onto a bed and asked him to watch pornography before the attack at a house in Staffordshire in January 2008.

The victim, now 29, told a jury he was left feeling “scared, vulnerable, numb, shocked and surprised” after Khan touched his feet and legs, coming within “a hair’s breadth” of his privates, as he went to sleep in a top bunkbed.

He ran to his parents and a police report was made at the time, but no further action was taken because the youngster did not want to make a formal complaint.

But he told jurors “it all came flooding back” when he learned Khan was standing in the December 2019 general election.

The Tory hopeful was literally parachuted into the constituency in a skydiving stunt after he was selected to replace Antony Calvert weeks before the election.

Days ahead of the poll, the victim said he contacted the Conservative Party press office, to tell them what Khan had done to him, but added: “I wasn’t taken very seriously.”

Khan, who was sent a questionnaire by Staffordshire Police rather than being interviewed under caution at a station because of “Covid protocols in place at the time”, denied sexual assault.

The MP, who is gay and a Muslim, claims he only touched the Catholic teenager’s elbow when he “became extremely upset” after a conversation about his confused sexuality.

Khan, then 34, said he was trying to be “kind” and “helpful”, but the teenager became upset and “bolted” when the topic of pornography was raised.

But Khan, who has been suspended by the Conservative Party, was found guilty by a jury at Southwark Crown Court on Monday by a jury after around five hours of deliberations.

The judge, Mr Justice Baker said he will sentence Khan at a date to be fixed.

He will be thrown out of the House of Commons if he is handed a prison sentence of more than a year, or otherwise could be subject to a petition to oust him in the recall process. 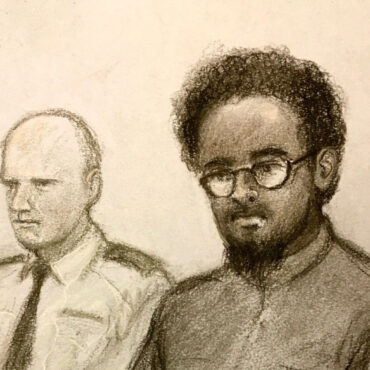 Ali Harbi Ali will be sentenced on Wednesday A homegrown terrorist is facing a life sentence after jurors took just 18 minutes to convict him of the “cold and calculating” murder of Sir David Amess. Ali Harbi Ali refused to stand in the dock on “religious grounds” as the jury foreman returned unanimous guilty verdicts, following a seven-day trial in which Ali admitted carrying out the attack and plotting to […]