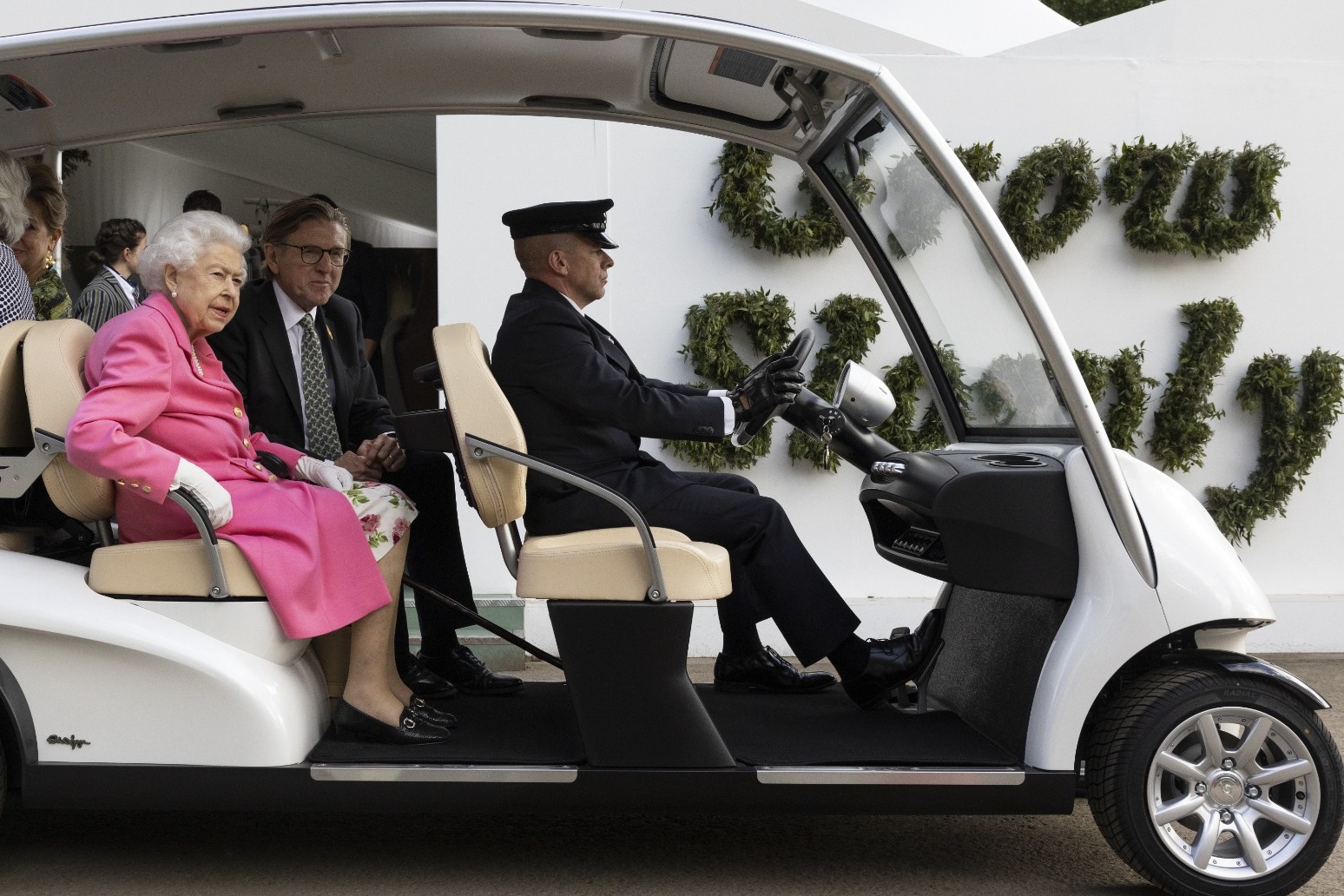 The Queen has arrived at the Chelsea Flower Show in a buggy, opting to use the mode of transport at the event for the first time for her comfort.

The 96-year-old monarch, who has mobility problems, adapted her traditional visit to see the floral and gardening extravaganza on Monday – the day before it opens to the public

She is touring about 10 gardens, but this time was transported around the vast site in the vehicle, driven by a chauffeur in a peaked cap.

A Buckingham Palace spokeswoman said: “Adjustments have been made for the Queen’s comfort.”

It is the first time in nearly a decade that the monarch is believed to have used a buggy at an official engagement.

The Palace confirmed the vehicle, which was built by Danish firm Garia, was a Royal Household buggy.

The Sun reported in March that the Queen had taken delivery of the new £62,000 luxury golf buggy, which has a lithium battery, leather seats and bluetooth speakers, to help her get around Windsor.

The Queen was seen in a golf buggy nine years ago in 2013 during the Coronation Festival in the gardens of Buckingham Palace.

She also used one during a tour to Australia in 2011, when she visited Government House in Canberra.

Joe Little, of Majesty magazine, said of the development: “It’s an extremely practical arrangement that will allow the Queen to take part in as many engagements as she is able to do.”

The move follows in the footsteps of the Queen Mother, who toured the grounds of the Chelsea Flower Show in 2001 in what was nicknamed the Queen Mum Mobile – a bespoke golf cart painted in her light blue and gold candy-stripe racing colours.

The Queen, who confessed during an audience in February to not being able to move, is just 10 days away from the start of her high profile Jubilee celebrations.

She made a surprise appearance at the opening of the Elizabeth line last week and went to the Royal Windsor Horse Show and the Gallop Through History equestrian event this month, but missed the State Opening of Parliament.

The Palace said last week that the Queen was hoping to be able to visit Chelsea, and she arrived just after 5.40pm, dressed in a vibrant pink outfit, smiling as she sat in the white open-sided vehicle.

Other members of the royal family – the Earl and Countess of Wessex, Princess Beatrice, the Duke and Duchess of Gloucester, the Duke of Kent, Prince and Princess Michael of Kent and Princess Alexandra – are also touring the show at the Royal Hospital Chelsea in London.

The monarch’s Jubilee is one of the themes of this year’s show.

Among the displays is The Queen’s Platinum Jubilee Garden by renowned florist Simon Lycett which features laser-cut steel silhouettes of the monarch, surrounded by 70 planted terracotta pots, representing each year of her reign.

It is covered on both sides with an assortment of native British-grown tree branches with connecting inner shelves arranged in the pots, hand-made in Warwickshire, and planted with lily of the valley, one of the Queen’s favourite plants which featured in her coronation bouquet.

Another installation transports visitors to one of the Queen’s favourite places, with a canopy of flowers including fresh delphiniums, emulating the colours and planting of the Scottish landscape near the royal family’s Balmoral Castle estate in Aberdeenshire.

In the show’s Great Pavilion, the monument is surrounded by a photography exhibition of the Queen visiting the show throughout her reign.

The show has returned to its traditional May slot for the first time since the pandemic struck, with other themes including wildlife and wellbeing.

The Queen has been the Royal Horticultural Society’s royal patron since 1952 and was a regular visitor to the garden show with her parents as a child.

She has attended more than 50 times during her 70-year reign. 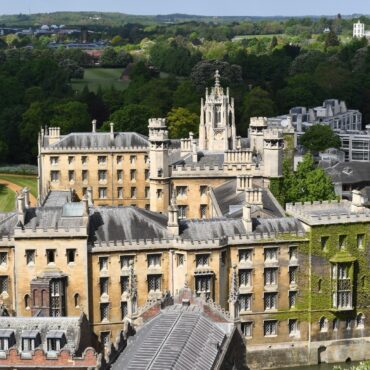 Education Secretary Nadhim Zahawi has pushed back against the idea elite universities like Oxford and Cambridge should “tilt the system” to accept more pupils from state schools. Cambridge University vice-chancellor Professor Stephen Toope recently told private schools to accept they will get fewer students into Oxbridge in the future. Professor Toope said the university would be “welcoming others” rather than telling students from private schools “we don’t want you”. Mr […]