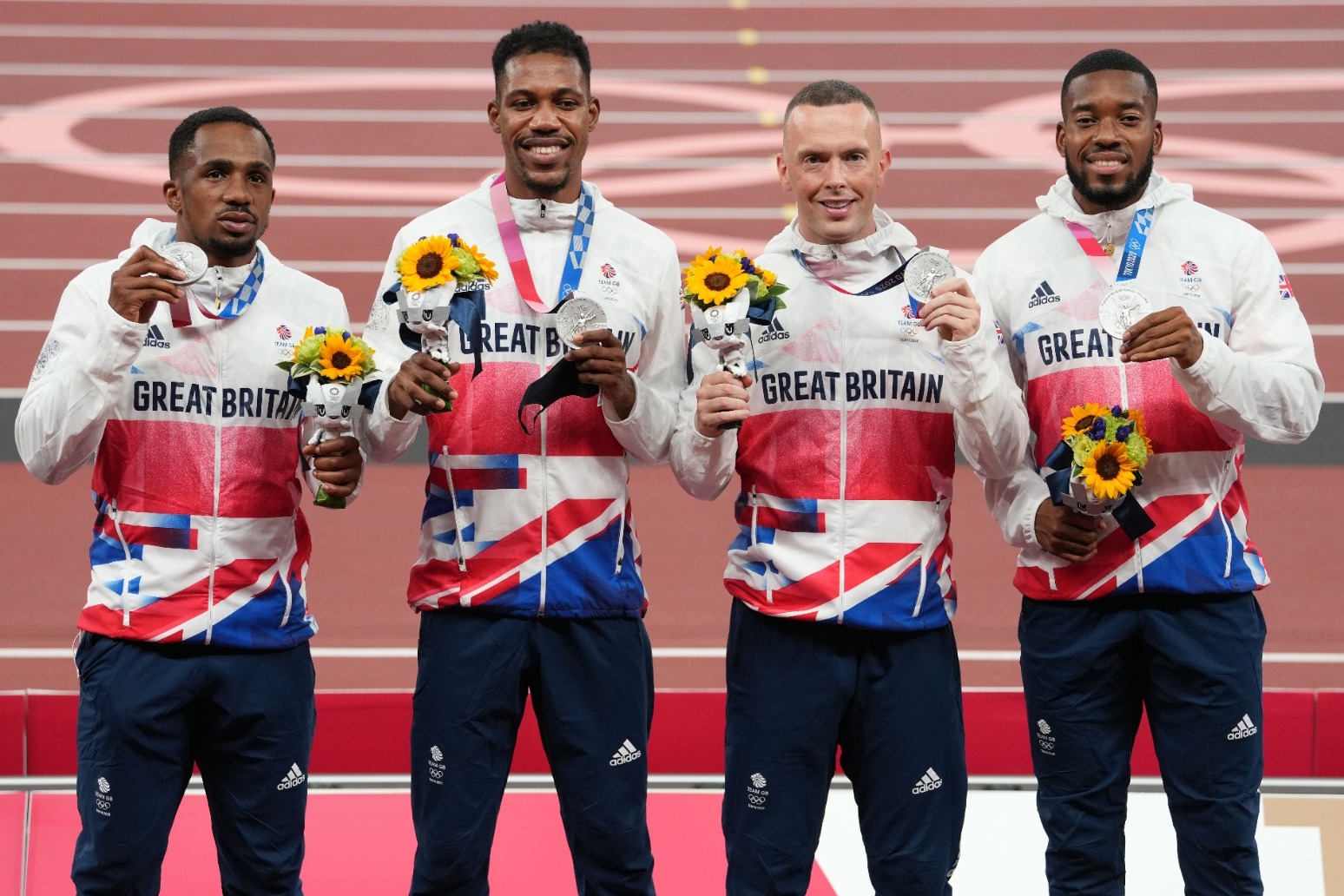 Team GB have been stripped of their men’s 4×100 metres relay silver medal from last summer’s Tokyo Olympics after team member CJ Ujah was found to have breached doping rules.

Ujah was tested on the day of the final – August 6 – and his sample contained the prohibited substances ostarine and S-23.

The British quartet missed out on gold to Italy by 0.01 seconds but the team have now forfeited the silver as well. Ujah said he would “regret for the rest of his life” the pain his case had inflicted on his team-mates Zharnel Hughes, Nethaneel Mitchell-Blake and Richard Kilty.

The Court of Arbitration for Sport ruling means Team GB’s medal tally for Tokyo drops to 64 – one less than they achieved at the London 2012 Games.

The British Olympic Association issued a scathing statement, saying Ujah’s plight should serve as a “salutary message” to anyone doping or considering doping, telling such individuals “you will get caught” and that they are “not welcome” on the team.

Ujah, 27, did not challenge the finding that he had committed an anti-doping rule violation (ADRV) due to the presence of the prohibited substances in his sample, but told the Anti-Doping Division of the Court of Arbitration for Sport (CAS ADD) that the violation was due to him unknowingly consuming a contaminated supplement.

The case will now transfer to the Athletics Integrity Unit (AIU) to consider a ban, an issue which will be determined by its disciplinary tribunal.

If an ADRV involves a contaminated product, and an athlete can demonstrate they had no significant fault, sanctions can range from a two-year ban to a reprimand, depending on the level of fault, according to the UK Anti-Doping website.

Ujah has been provisionally suspended since the positive test came to light last August.

He said in a statement issued by UK Athletics: “I accept the decision issued by the Court of Arbitration for Sport today with sadness.

“I would like to make it clear that I unknowingly consumed a contaminated supplement and this was the reason why an anti-doping rule violation occurred at the Tokyo Olympic Games.

“I would like to apologise to my team-mates, their families and support teams for the impact which this has had on them.

“I’m sorry that this situation has cost my team-mates the medals they worked so hard and so long for, and which they richly deserved. That is something I will regret for the rest of my life.

“Representing my country at a second Olympic Games surpassed my childhood sporting ambitions and I will forever be devastated that this situation has marred the success achieved by the men’s 4×100 relay team in Tokyo.”

Kilty described losing his Olympic medal as “heartbreaking”, telling BBC Look North: “We’re getting stripped of something that we always dreamed of achieving.

“To finally go out there and win an Olympic medal, it’s heartbreaking to be finally stripped of it.”

The BOA said the decision to strip the relay quartet of a medal was “incredibly difficult to take” but insisted: “This should not in any way, shape or form take away from the incredible achievements of the wider team in Tokyo.

“To have taken around 1,000 people to the Games – in the midst of a pandemic – and to have returned them safely is miraculous.

“For the athletes to go on and achieve all they did, remains one of the great British sporting success stories. No other athlete’s achievements should be tainted by the act of any individual and we remain proud of their endeavours in Tokyo.”

The BOA statement added: “We have always been unequivocal and consistent in our stance against doping. All athletes, wherever they are from, deserve to go to the start line knowing they are in clean competition.

“It is with deep sorrow that colleagues and opponents of Ujah were not able to be reassured of this fact in Tokyo.

“Having spent the last few years retrospectively awarding numerous British athletes with medals they should have won on the day at Beijing 2008, London 2012 and Sochi 2014, we understand first-hand the hurt and loss doping can cause.

“On behalf of everyone in British sport we unreservedly apologise to the athletes whose moment was lost in Tokyo due to the actions of Ujah.

“We are also disappointed for the three colleagues of Ujah who, through no fault of their own, will now lose their silver medals.

“We note Ujah’s statement, and we welcome his contrition. That said, this should act as a salutary message for anyone – British or otherwise – who is doping or considering doping as a way of boosting their athletic performance. You will get caught. You are not welcome on our team and nor are you representative of our values, or of our nation.”

Zharnel Hughes’ representatives declined to comment when approached by the PA news agency.

UK Athletics said it was in communication with the athletes concerned in the case. 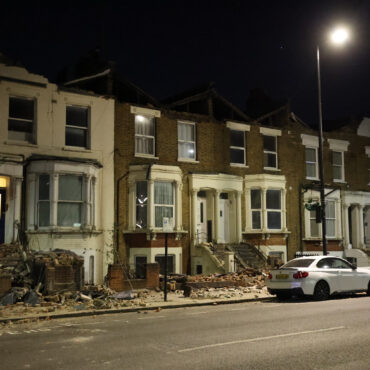 Weather warning continue in some parts of the UK on Saturday Four people have been killed, with several others injured, as Storm Eunice brought damage, disruption and potentially record-breaking gusts of wind to the UK and Ireland. A woman in her 30s died after a tree fell on a car in Haringey, north London, on Friday afternoon, the Metropolitan Police said. It was the first confirmed death in England related […]