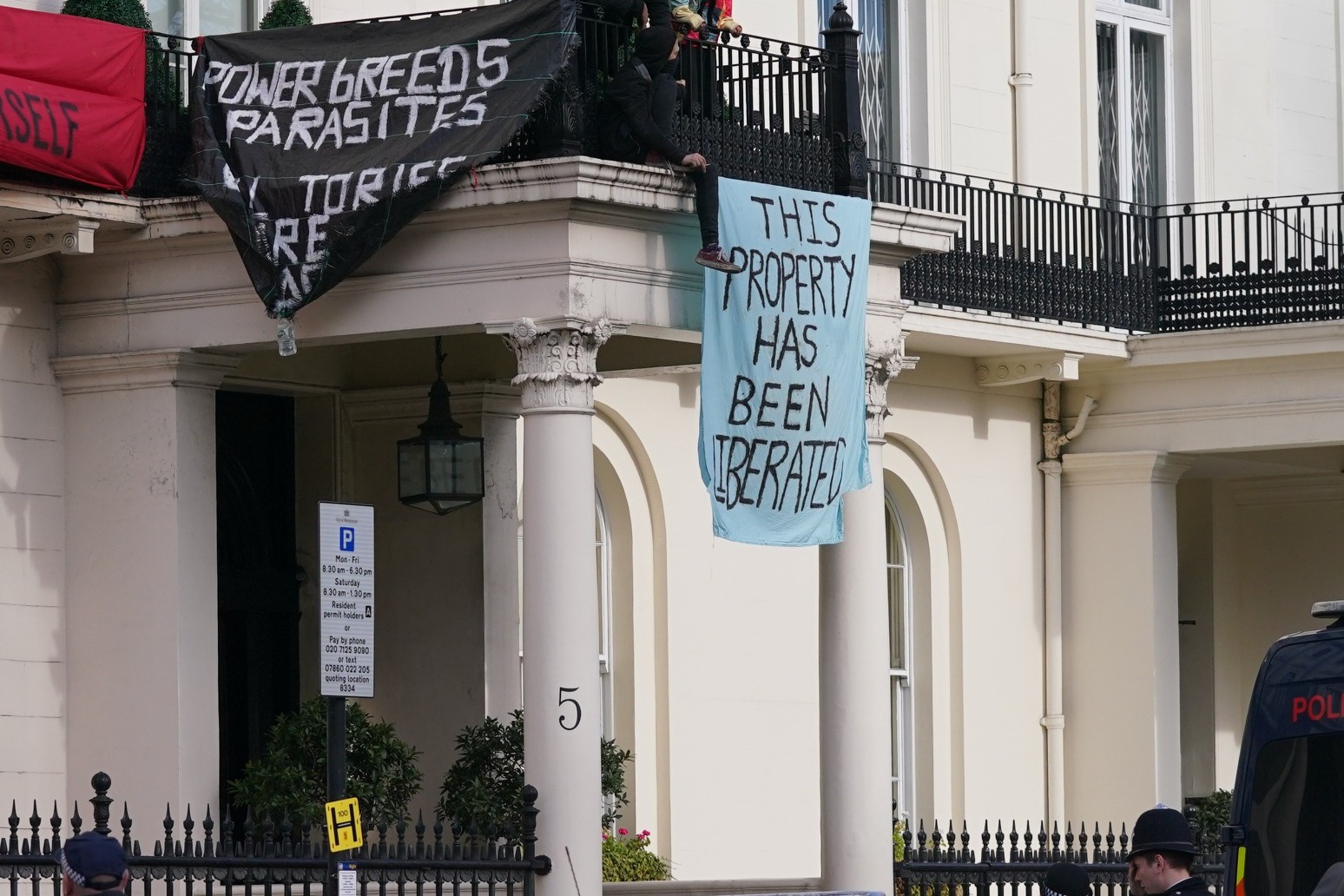 Squatters have broken into a central London mansion apparently owned by Russian oligarch Oleg Deripaska and declared it “belongs to Ukrainian refugees”.

At least five people have been occupying the property in Belgrave Square since early Monday morning.

Mr Deripaska, an industrialist who has had close links with the British political establishment, was targeted with sanctions by the Government last week.

He was described as “a prominent Russian businessman and pro-Kremlin oligarch”, who is “closely associated” with both the Russian government and President Vladimir Putin.

His wealth is estimated to be £2.3 billion and he has a multimillion-pound property portfolio in the UK which, according to a 2007 High Court judgment, includes the house at 5 Belgrave Square. Records indicate it has not changed hands since and is owned by an offshore British Virgin Islands company.

The squatters call themselves the London Mahknovists – after Nestor Makhno, who led an anarchist force that attempted to form a stateless society in Ukraine during the Russian Revolution of 1917-1923.

The building has been cordoned off and is surrounded by police officers and vehicles.

Three men stood on the balcony above the street, playing music, waving and dancing next to signs which read: “This property has been liberated” and “Putin go f*** yourself”.

They all wore dark clothes and face coverings.

Answering reporters’ questions, one of the men said there are five of them inside the mansion but they have a “way bigger group coming”.

He added that they broke into the property at around 1am.

“We stay here until Putin stops the war,” one man said.

He continued: “We have opened the building to house Ukrainian refugees and refugees from all nations.”

He also said the owner of the building “wants to destroy Ukraine homes”.

“He supported the wars. This home belongs to Ukrainian refugees. There are families dying. Their land has gone. This is the least we can do.”

Talking about finding housing for refugees, another said: “Priti Patel, do not worry. We did your job.

They said the UK Government have “failed” to properly respond to the invasion, adding: “The same money that funds the Russia war machine funds the Conservative Party.”

The group also criticised the police, comparing them to those arresting protesters in Russia.

Asked how they got into the property, one joked: “Squatters’ magic.”

Another laughed: “I swear I cannot remember a thing.”

One man said that inside the mansion “there is a lot of rooms. There is so much stuff that a normal human being shouldn’t have.”

Asked whether they have enough food and drink, one said: “This bastard left the basement full of alcohol but left no food.

“We have everything we need but we do not have food, so if anyone could provide us with food and we can lift it up with a rope, that would be really appreciated.”

A Metropolitan Police statement said: “Police were called shortly after 01.00 hours on Monday 14 March to a residential property in Belgrave Square, SW1.

“Officers attended and found that a number of people had gained entry and hung banners from upstairs windows.

“Officers remain at the location.” 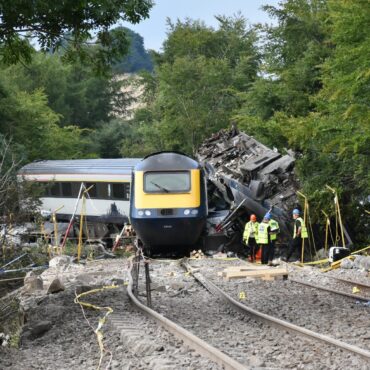 A union is calling on the rail regulator to withdraw all high-speed trains from service for safety checks after a report into the Stonehaven rail crash highlighted corrosion issues. The Rail Accident Investigation Branch (RAIB) report into the crash, which claimed three lives, found that there were areas of corrosion in damaged areas of the coach structures. While the incident on August 12 2020 was caused by the train hitting […]