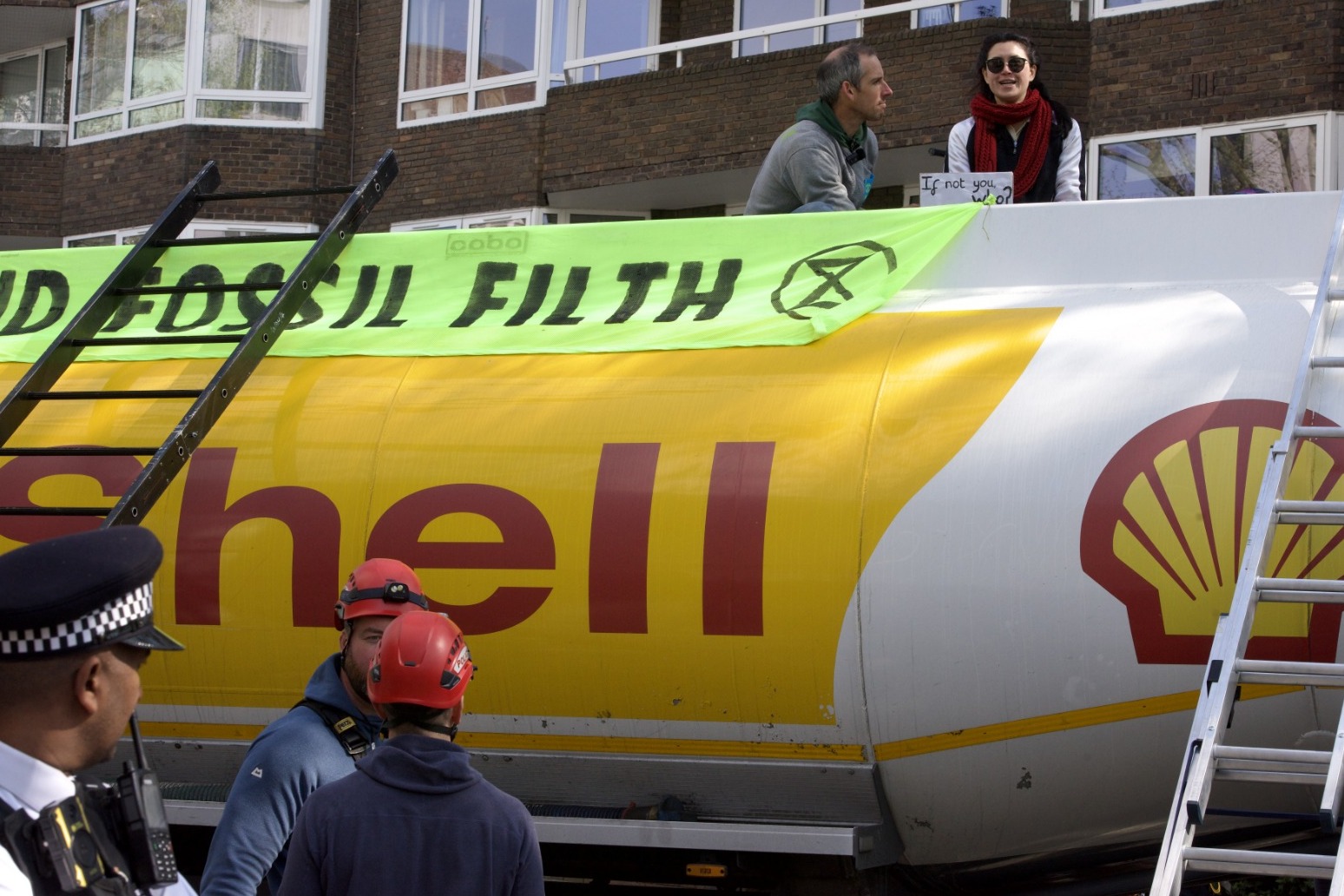 Six people have been arrested after climate change activists climbed on to an oil tanker in central London.

Images from the scene show people gathered around the tanker, some holding Extinction Rebellion flags, while one man brandished a sign which read: “End fossil fuels now”.

Several police officers were also at the scene and were seen blocking the road while the protest took place.

Mr Stott said: “I am acting to try to disrupt the toxic fossil fuel industry that is destroying everything we hold dear.

“I am hoping we can slow it down long enough to create a moment where everyone can stop and think where we are going and change course.”

A spokesperson for Shell said: “We respect the right of everyone to express their point of view – we only ask that they do so with their safety and the safety of others in mind.

“We agree that society needs to take urgent action on climate change. Shell has a clear target to become a net-zero emissions business by 2050, in step with society.

“We are also deeply committed to the UK and are planning to invest between £20 billion and £25 billion in the UK energy system over the next decade – more than 75% of this will be in low and zero-carbon products and services, including offshore wind, hydrogen and electric mobility.

“We welcome constructive engagement on our strategy and the energy transition.”

The Metropolitan Police said six people were arrested for vehicle interference, and the road had reopened by 12pm.

It comes as Extinction Rebellion said thousands of people are expected to descend on Hyde Park on Saturday and it is planning a “highly disruptive mass action” following several days of protests against new fossil fuel investments.

On Friday, hundreds of activists blocked Waterloo, Blackfriars, Lambeth and Westminster bridges as part of their campaign.

The Met Police said no arrests had been made following the action.

Meanwhile, Warwickshire Police said nine people have been charged after a separate climate activist group held a demonstration at an oil terminal in Kingsbury.

Just Stop Oil activists protested in the early hours of Friday at the Kingsbury terminal near Tamworth, Staffordshire, as part of their campaign to demand the Government stops new oil and gas projects.

Diana Martin, 76, of Halton, Lancashire, Christian Murray-Leslie, 77, of Melbourne, Derbyshire, Daniel Shaw, 36, of Northampton, Sandra Elsworth, of Morecambe, Amy Pritchard, 37, of London, Simon Milner-Edwards, 65, of Manchester, Ben Taylor, 27, of no fixed abode, David Nixon, 35, of Barnsley and Gwen Harrison, 44, of Kendal have all been charged with charged with obstructing or disrupting a person engaged in lawful activity, Warwickshire Police said.

They were due to appear at Coventry Magistrates’ Court on Saturday. Three other people arrested remain in custody. 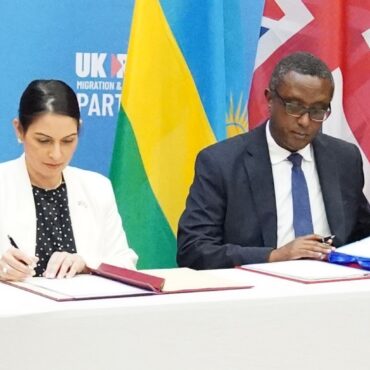 The UK Government’s plan to send migrants to Rwanda for processing may breach the Geneva conventions, a peer has suggested. Former child refugee and Labour peer Alf Dubs said ministers would face opposition in the Lords over the plan unveiled by Home Secretary Priti Patel and Prime Minister Boris Johnson this week. In an interview with The Guardian, Lord Dubs said the Government was attempting to “ride roughshod” over international […]