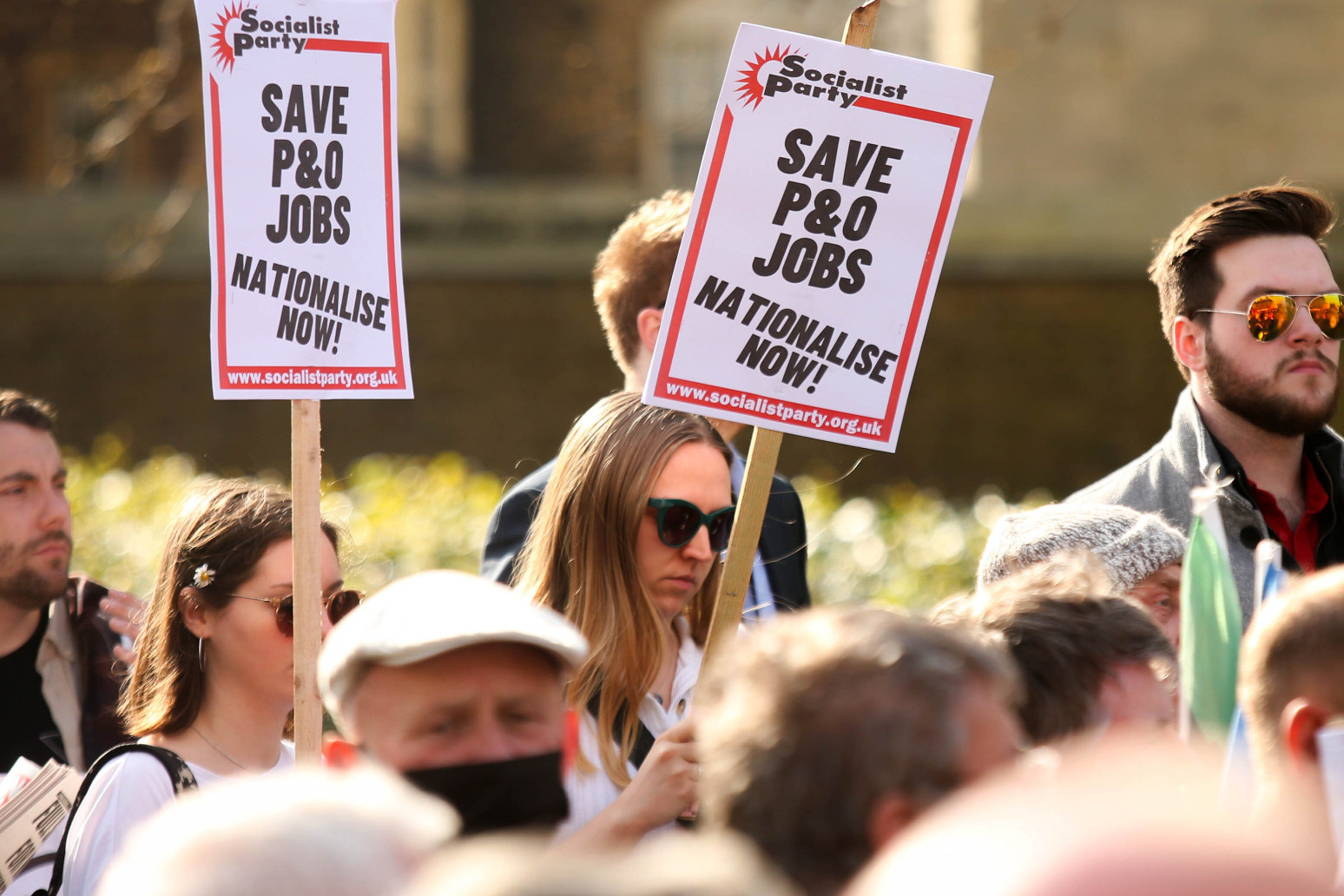 The claims have been made by the RMT Union

P&O Ferries vessels will be blocked from sailing if they fail safety checks, the Government said, amid claims Indian seafarers to replace sacked crews are being paid £1.81 an hour.

Transport Secretary Grant Shapps said the Maritime and Coastguard Agency has been instructed to inspect the company’s ferries prior to them being able to re-enter service to ensure the new crews proposed for them are “safe and properly trained”.

He told MPs: “If they are not these ships will not sail.”

Sacked P&O workers watched in the House of Commons public gallery as concerns were raised about the ferry operator, bought by Dubai-based logistics firm DP World in 2019, opting to replace the them with cheaper agency staff.

The Rail, Maritime and Transport union (RMT), which represented many of the 800 staff fired without notice last week, said their replacements are being paid well below the minimum wage in the UK.

General secretary Mick Lynch said: “The news that the seafarers now on ships in British ports are to be paid 2.38 dollars an hour is a shocking exploitation of those seafarers and another gut-wrenching betrayal of those who have been sacked.

“The rule of law and acceptable norms of decent employment and behaviour have completely broken down beneath the white cliffs of Dover and in other ports, yet five days into this national crisis the Government has done nothing to stop it.

“These ships of shame must not be allowed to sail. The Government has to step in now and take control before it’s too late.”

For example, some vessels operated by P&O Ferries are flagged in Cyprus.

P&O Ferries refused to comment on the pay of agency workers.

When the firm informed staff on Thursday they were losing their jobs, it told them it was aiming to halve crewing costs.

No sailings have operated since that date.

Mr Shapps said he has not got “the details” of how P&O Ferries will recrew their ships, telling Labour former minister Dame Angela Eagle: “I implore P&O Ferries to reconsider their decision.

“It’s not too late to acknowledge their mistakes. I hope the reaction to that now infamous video in the House, the media and across the country tells them that this approach is quite simply acceptable.”

Mr Shapps confirmed P&O Ferries could face “criminal prosecution and unlimited fines” over its handling of the redundancies, with the Insolvency Service examining the matter.

He went on: “For our part we’re reviewing all Government contracts with P&O Ferries as a matter of urgency and with DP World and, where possible, we’re looking to use other providers if indeed there are any contracts where the UK Government is involved; I believe at this point that they have been historic in nature rather than current.

“We’re considering further steps we can take to remove P&O Ferries’ influence from British maritime, including positions on any advisory boards because again I don’t want to see that company, with the way the management has behaved, advising the way that British maritime is shaped and rolls out.”

Mr Shapps said the Government will “consider” whether it needs to go further on fire and rehire laws.

He also suggested he was blindsided by the company’s announcement to sack the seafarers without consultation.

MPs heard his officials were contacted by P&O management on Wednesday afternoon and he was first informed at 8.30pm about the prospect of redundancies.

But Mr Shapps said his “concern wasn’t really sparked” until Thursday morning when he heard how the redundancies were being carried out by the company.

He said in both 2020 and in 2021 voluntary redundancies had taken place “in a way that you would expect”, adding: “It was deeply concerning to see the footage of staff being forcibly removed from ferries, underlining a very cynical approach and confrontational nature of the entire operation, not at all what we’d seen in those previous two rounds.”

His comments came after Labour said it had obtained a memo which showed the Government was aware of P&O Ferries’ “game plan” to sack 800 staff before workers were told.

Shadow transport secretary Louise Haigh said: “There is no indication, nothing in this memo at all that expresses any concern, any opposition, raises any alarm about the sacking of 800 loyal British workers.

“This is the clearest proof that the Government’s first instinct was to do absolutely nothing.”

Protesters gathered outside the London offices of P&O Ferries owner DP World on Monday afternoon, before marching to Parliament.

P&O Ferries hit back at claims by unions that its decision to replace staff with agency workers puts the safety of ships at risk.

A spokesman for the company said: “Safety is the utmost priority for P&O Ferries and our crewing management partners.

“They have recruited high-quality experienced seafarers, who will now familiarise themselves with the ships, going through all mandatory training requirements set out by our regulators.

“Safety is paramount in our new crewing management model, which is used by many of our competitors and has been proven to be the most successful model in this industry and the competitive baseline.

MPs voted 211 votes to zero, majority 211, to back a Labour motion condemning the decision of P&O Ferries to sack staff and demanding their immediate reinstatement.

The non-binding motion also called on the Government to suspend the contracts and licences of DP World and to urgently bring forward legislation to outlaw fire and rehire.

Conservative MPs did not take part in the vote. 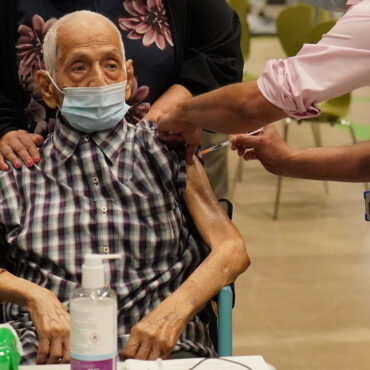