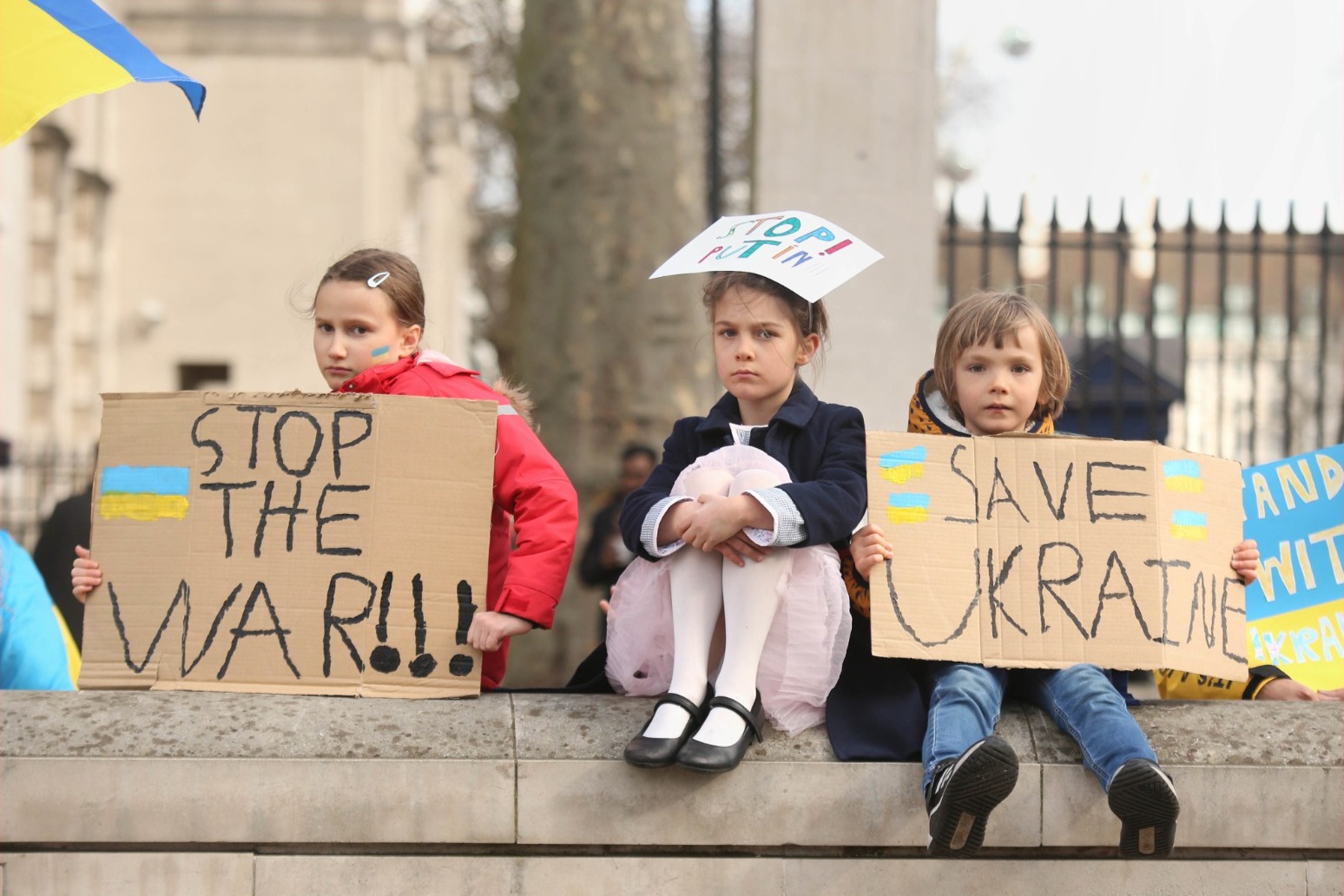 Russia’s military forces blasted Ukraine’s capital region and other major cities on Wednesday as they tried to crush a Ukrainian defence that has frustrated their progress nearly three weeks after invading.

With Russia’s ground advance on Kyiv stalled despite the sustained bombardment, a glimmer of optimism emerged that talks between the two sides could make progress.

Russia rained shells on areas around Kyiv and within the city, where a 12-storey apartment building erupted in flames after being hit by shrapnel.

Mr Zelensky said Russian forces have been unable to move deeper into Ukrainian territory but have continued their heavy shelling of cities. British and US intelligence assessments supported his view of the fighting.

“Efforts are still needed, patience is needed,” he said in his nightly video address to the nation. “Any war ends with an agreement.”

A senior US defence official said the Russians are using long-range fire to hit civilian targets inside Kyiv with increasing frequency but that their ground forces are making little to no progress around the country. He said Russian troops are still about nine miles (15km) from the centre of the capital.

Mr Zelensky was preparing to make a direct appeal for more help in a rare speech by a foreign leader to the USCon gress on Wednesday. Meanwhile, defence ministers from Nato member nations planned to meet in Brussels.

Developments on the diplomatic front and on the ground were taking place as the number of people fleeing Ukraine amid Europe’s heaviest fighting since the Second World War passed three million.

The artillery shrapnel that hit the 12-storey apartment building in central Kyiv on Wednesday obliterated the top floor and ignited a fire that sent plumes of smoke over the area, according to a statement and images released by the Kyiv emergencies agency.

The neighbouring building was also damaged. The agency reported two victims, without saying whether they were injured or killed.

Russian forces have intensified fighting in the Kyiv suburbs, notably around the town of Bucha in the north-west and the highway leading west toward Zhytomyr, regional leader Oleksiy Kuleba said.

Twelve towns around Kyiv were reported to be without water and six without heat.

He said Russian troops are trying to cut off transport links to the capital and to destroy logistical capabilities while planning a wide-ranging attack to seize the capital.

Russian forces succeeded in occupying the city of Ivankiv, 50 miles (80km) north of Kyiv, and control the surrounding region on the border with Belarus, Mr Kuleba added.

In addition to air strikes and shelling by ground forces, Russian naval ships fired overnight on a town south of Mariupol on the Azov Sea and another near Odesa on the Black Sea, according to local officials.

Ukraine also appeared to have successes, with satellite photos from Planet Labs PBC analysed by the Associated Press showing helicopters and vehicles on fire at the Russian-held Kherson International Airport and Air Base after a suspected Ukrainian strike on Tuesday.

Handling ICU patients on ventilators is difficult and dangerous given the dangers of exposing oxygen tanks to bombings and shrapnel, he added.

“Bombing takes place from morning into night. Thank God a bomb has not yet hit our hospital. But it could hit at any time.”

Russian Defence Ministry spokesman Igor Konashenkov claimed Russian forces have destroyed 111 Ukrainian aircraft, 160 drones and more than 1,000 tanks or other military vehicles since the start of what Russia calls its “special military operation” in Ukraine.

The Russian military’s daily public statements on the war focus almost exclusively on fighting in the separatist-held Donetsk and Luhansk regions, and on Ukrainian military targets, without acknowledging attacks on civilians.

Ukrainian Deputy Prime Minister Iryna Vereshchuk expressed dismay on Wednesday at reports that Russian forces had taken 400 medics and civilian residents hostage at a hospital in the besieged southern port city of Mariupol, where the war already has produced some of the greatest suffering.

The Russians are using the hospital as a firing position, she said, adding that Russian forces have fired on humanitarian convoys and gathering points for evacuees, complicating work to open aid and evacuation convoys after thousands managed to leave Mariupol on Tuesday.

Ukrainian officials gave varying figures on how many people have been successfully evacuated from Mariupol so far and how many made it to Zaporizhzhia, a city 141 miles (227km) to the west designated as the end of the evacuation route.

Regional leader Pavlo Kyrylenko said on Tuesday that Russian troops forced about 400 people from nearby homes into the Regional Intensive Care Hospital and were using them and roughly 100 patients and staff as human shields by not allowing them to leave.

He said shelling has already heavily damaged the hospital’s main building, but medical staff have treated patients in makeshift wards in the basement.

Doctors from other Mariupol hospitals made a video to tell the world about the horrors they have been seeing.

“We don’t want to be heroes and martyrs posthumously,” one woman said.

She added that it is insufficient to refer to the patients being treated as wounded. “It’s torn off arms and legs, gouged out eyes, bodies torn into fragments, insides falling out,” she said.

A Russian state television employee who was arrested after interrupting a live news programme with a protest at the war in Ukraine has been fined about about 270 dollars(£207), but could still face a prison sentence.

Marina Ovsyannikova said after being released: “These were very difficult days of my life because I literally went two full days without sleep. The interrogation lasted for more than 14 hours and they didn’t allow me to contact my family and close friends, didn’t provide any legal support.

Mr Ovsyannikova, an employee of Channel 1, walked into the studio during Monday’s evening news show with a poster saying “Stop the war, don’t believe the propaganda, they are lying to you here”. It said “No war” in English at the top of the poster and “Russians against the war” at the bottom.