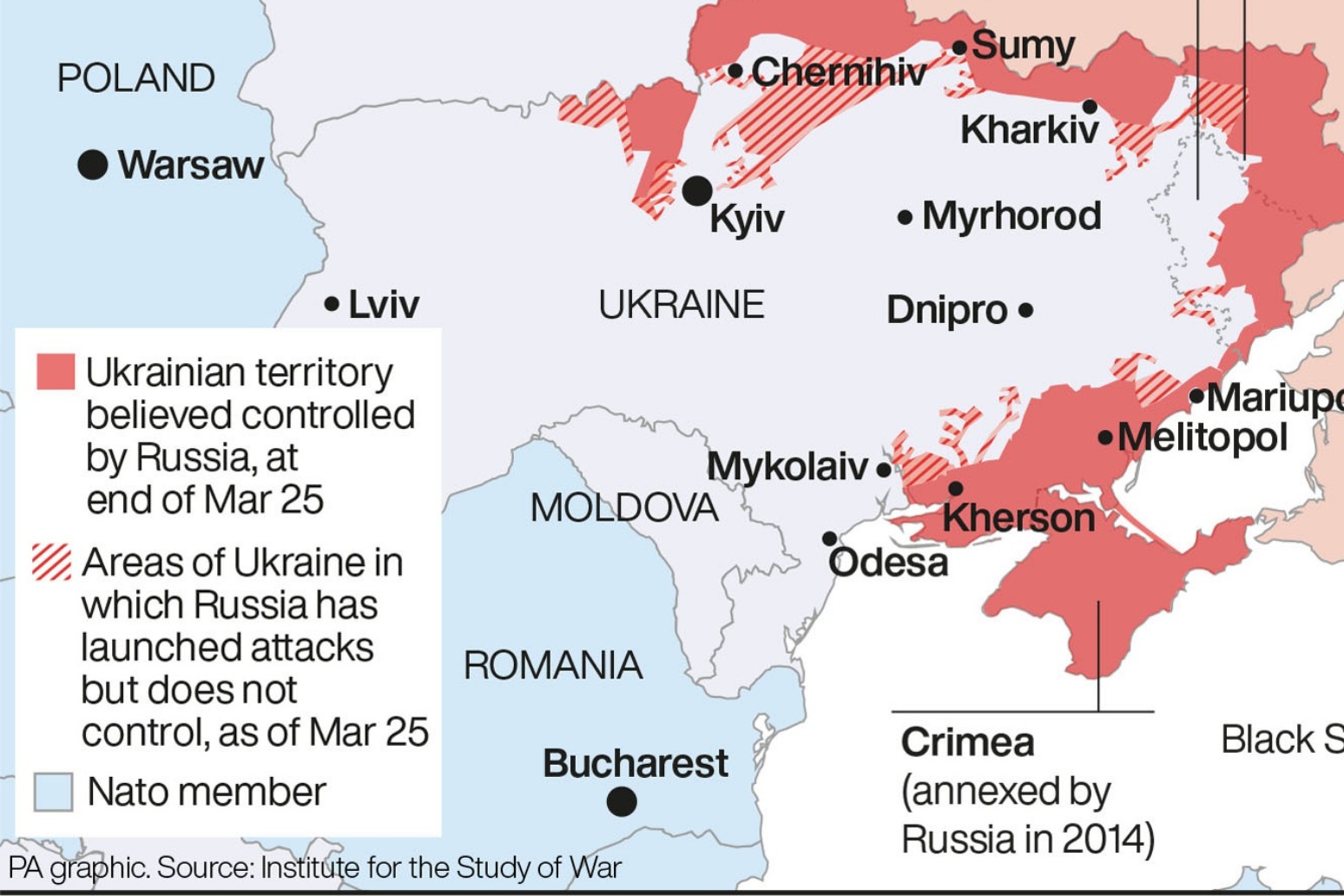 The Ukrainian city of Lviv has been rocked by a series of powerful explosions as US President Joe Biden visited neighbouring Poland.

The onslaught from Russian rockets was a reminder that Moscow is willing to strike anywhere in Ukraine despite its claim to be focusing its offensive on the country’s east.

The back-to-back airstrikes shook the city that has become a haven for an estimated 200,000 people who have had to flee their hometowns.

Lviv had been largely spared since the invasion began, although missiles struck an aircraft repair facility near the main airport a week ago. Two weeks ago, the Russian forces fired missiles on a military training centre near Lviv, which at the time was the most westward target, and killed 35 people.

The city was home to about 700,000 people before the invasion. Some who no longer feel safe there will head for nearby Poland. Mr Biden met there on Saturday with refugees in a show of solidarity, though he was in the capital, Warsaw, and far from the Ukrainian border, which is about 45 miles west of Lviv.

Lviv also has become a humanitarian staging ground for Ukraine, and the attacks could further complicate the already challenging process of sending aid to the rest of the country.

The first strike involved two Russian rockets that hit an industrial area in the northeastern outskirts of Lviv and apparently injured five people, the regional governor, Maksym Kozytskyy, said on Facebook. A thick, black plume of smoke billowed from the site for hours.

A second rocket attack occurred just outside the city hours later and caused three explosions, Mr Kozytskyy told a press briefing as another round of air raid sirens wailed. He said an oil facility and factory connected to the military, both in areas where people live, were struck on Saturday, though he did not give more details.

Mr Kozytskyy said a man was detained on suspicion of espionage at one of the explosion sites after police found that he had recorded a rocket flying toward the target and striking it.

Police also found on his telephone photos of checkpoints in the region, which Mr Kozytskyy said had been sent to two Russian telephone numbers.

The day’s events were enough to make some people in Lviv prepare to move again, said Michael Bociurkiw, a senior fellow with the Atlantic Council who was in the city.

“I saw some Kyiv cars being packed up,” he said. It was a significant turn in a week where the city had begun “roaring back” to life after weeks of war, he said.

He believes the city could remain a target, noting that Lviv was the birthplace of Ukrainian nationalism. “It’s getting closer,” he said of the war.

There are fears that the northern Ukrainian city of Chernihiv, which has been holding out against Russian forces since the early days of the invasion, could become the next Mariupol.

The city, located not far from the border with Belarus on the road to Ukraine’s capital Kyiv, is surrounded, and residents who have been unable to flee have had to contend with a lack of power and drinking water as well as more immediate danger from Russian bombardment.

On Wednesday, Russian bombs destroyed Chernihiv’s main bridge over the Desna River on the road leading to Kyiv.

On Friday, artillery shells rendered the remaining pedestrian bridge impassable, cutting off the last possible route for people to get out or for food and medical supplies to get in.

Just over a month into the invasion, Russia’s attack has slowed into a grinding war of attrition as its military tries to pound cities like Chernihiv into submission.

Bombings of hospitals and other non-military sites, such as the Mariupol theatre where Ukrainian officials said a Russian air strike is believed to have killed some 300 people last week, have given rise to war crime allegations.

Questions about the future direction of Russia’s offensive surfaced on Friday when a high-ranking military official said the main objective of the first stage of the operation – reducing Ukraine’s fighting capacity – had “generally been accomplished”.

Donbas is the largely Russian-speaking eastern region where Russian-backed separatists have been fighting Ukrainian forces since 2014 and where many residents desire close ties to Moscow.

Mariupol is located there, although outside of the two territories controlled by the separatists.

US officials said Russian troops appeared to have halted for now their ground offensive aimed at capturing the capital, Kyiv, and are concentrating more on gaining control of the Donbas region in the country’s south-east.

However, UK defence officials said the Russian military continues to besiege a number of other major Ukrainian cities, including Chernihiv, which is located 91 miles from Kyiv.

Ukrainian President Volodymyr Zelensky, appearing by video-link at Qatar’s Doha Forum, compared the destruction of Mariupol to the Syrian and Russian destruction wrought on the city of Aleppo.

“They are destroying our ports,” Mr Zelensky said. “The absence of exports from Ukraine will deal a blow to countries worldwide.”

He called on countries to increase their exports of energy to give European nations an alternative to Russian oil and gas.

“The future of Europe rests with your efforts,” he said. 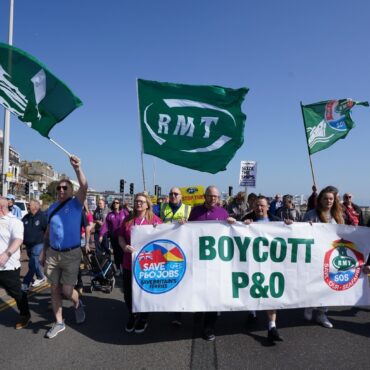