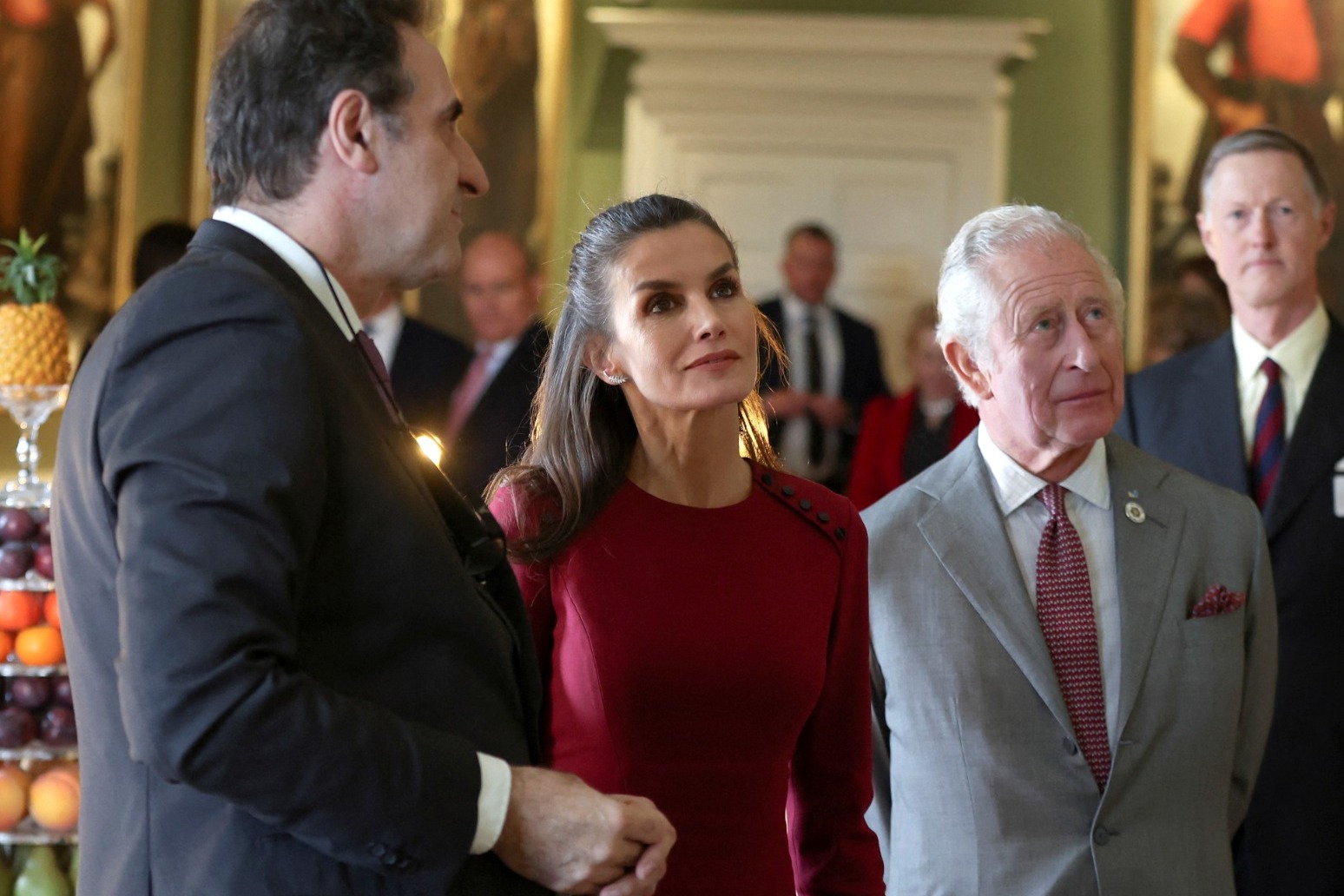 The Prince of Wales and the Queen of Spain joined together in their shared love of art to open a new gallery which forms part of a remarkable regeneration programme.

Charles and Queen Letizia, 49, visited Auckland Castle, in Bishop Auckland, County Durham, one of Europe’s best-preserved bishop’s palaces, which is at the centre of an ambitious project funded by a city philanthropist.

Founded by Jonathan Ruffer and his wife Jane, the Auckland Project set out to bring tourism to Bishop Auckland by using art, faith and heritage.

It comprises a collection of galleries, gardens, parks and the spectacular Kynren historical re-enactment shows, which are staged during the summer.

Once home to the powerful Prince Bishops of Durham, the 900-year-old Auckland Castle has recently reopened after undergoing major conservation work, which has transformed its state rooms back to their original Georgian Gothic splendour.

It is home to the 13 life-sized figures painted by Francisco de Zurbaran, which were originally brought by Bishop Trevor in 1756 and have hung in the Long Dining Room ever since.

Queen Letizia, who has raised the profile of Spanish cultural projects worldwide in recent years, arrived in an Audi A6 with the registration plate SPA IN.

Charles, 73, kissed her on both cheeks and kissed her hand as he welcomed her to the castle.

Mr Ruffer was unable to attend the long-planned get together as he was isolating, watching from an upstairs window from his home at the castle gates.

He saved the Zurburans from sale after making a £15m donation to the Church of England, kick-starting the regeneration project.

Mr Ruffer also financed a new Spanish Gallery in the town centre – the only space in the UK dedicated to Spanish art – where the queen and the prince viewed paintings including The Holy Family by El Greco and Cherubs Scattering Flowers by Bartolomé Esteban Murillo.

It was the queen’s first visit to Bishop Auckland, although Charles has been before and has met Mr Ruffer several times.

The royal event came about after the Auckland Project invited them both to come to officially open the gallery.

School children waited outside the gallery waving flags of Spain and the United Kingdom and cheered as the royal party came out.

She said: “I thought she was wonderful, very classy, beautiful.

“I said ‘welcome to Bishop Auckland’ and she said the gallery was wonderful.”

Rafa de Miguel, a London-based reporter for El Pais newspaper who covered the royal visit as part of a large Spanish media contingent, said: “It is very impressive.

“The whole exhibition is wonderful, with great taste the way they presented it.” 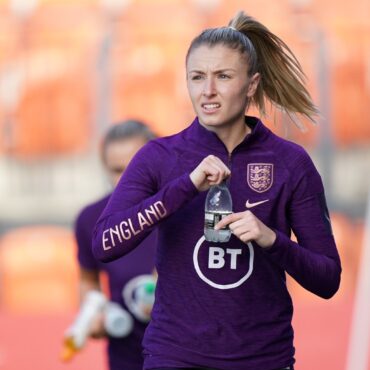 Arsenal’s Leah Williamson has been named England Women captain for UEFA Euro 2022. The versatile 25-year-old had been wearing the armband in the absence of the injured Steph Houghton and led her country to glory in last month’s inaugural Arnold Clark Cup. Manchester City defender Houghton faces a race to be fit for this summer’s home tournament as she has recently undergone Achilles surgery. Sarina Wiegman’s Lionesses begin their campaign […]