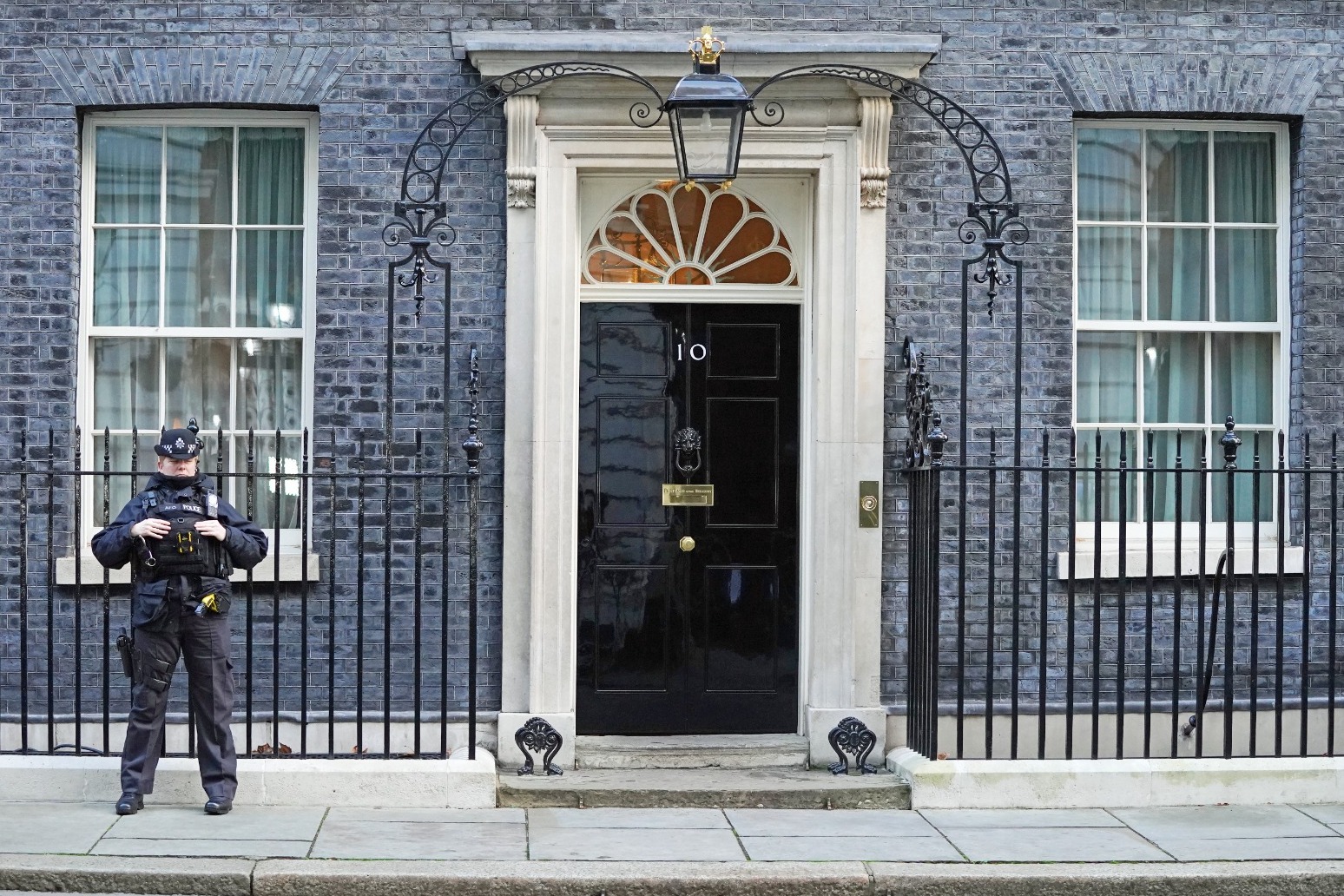 Pressure is mounting on Boris Johnson amid fresh allegations that two further Downing Street parties were held while coronavirus restrictions were in place, the night before the Duke of Edinburgh’s funeral.

The events were held in April last year, while the country was in a period of national mourning, it was reported. The Prime Minister was said to have been away from Downing Street at the time.

The Queen attended the funeral of Philip, her husband of 74 years, wearing a face mark and socially distanced from her family at Windsor Castle in line with Covid restrictions.

Sir Ed Davey, the leader of the Liberal Democrats, said: “The Queen sitting alone, mourning the loss of her husband, was the defining image of lockdown. Not because she is the Queen, but because she was just another person, mourning alone like too many others.

“Whilst she mourned, Number 10 partied. Johnson must go.”

His comments were echoed by Labour deputy leader Angela Rayner, who wrote on Twitter: “The Queen sat alone in mourning like so many did at the time with personal trauma & sacrifice to keep to the rules in the national interest.

“I have no words for the culture & behaviours at number 10 and the buck stops with the PM.”

Fran Hall, from Covid-19 Bereaved Families for Justice, said: “If your neighbours had behaved like this, you’d have been disgusted. For the people running the country to do it and then lie about it, shows a complete disdain for the general public.

“We shared the same pain of grieving in isolation as the Queen did. And she must be just as sickened as we are at hearing this. Sadly, instead of doing the decent thing and resigning, we can expect the Prime Minister to continue shamefully lying to our faces.

“The Conservative MPs that are keeping him in power disgrace their country.”

The news came as Andrew Bridgen, the Conservative MP for North West Leicestershire, was the latest to publicly announce he had submitted a letter of no confidence in the Prime Minister on Thursday night.

He was the fifth MP to say he had written to Sir Graham Brady, the chair of the 1922 Committee, calling for a vote on the PM’s future as head of the party.

Mr Bridgen told BBC Newsnight: “With a heavy heart, I have written a letter to Sir Graham Brady indicating that I have no confidence in the Prime Minister and calling for a leadership election.”

The Telegraph reported that as many as 30 letters have been submitted so far. A total of 54 are needed to trigger a vote.

A blow was also landed on the PM from the Sutton Coldfield Conservatives, an association in a safe Tory seat, which reportedly passed a motion calling for Mr Johnson to stand down.

In a rare ray of hope for the Prime Minister, it was reported that an inquiry into alleged lockdown-busting events by senior official Sue Gray was expected to find no evidence of criminality.

However The Times reported that the investigation could censure Mr Johnson for a lack of judgment.

The newspaper said Ms Gray was expected to avoid concluding whether the PM breached the ministerial code, as this would fall outside her remit.

But she is set criticise the culture in Downing Street, it said.

Ms Gray is examining a series of parties and gatherings held in No 10 and Whitehall in 2020 while coronavirus restrictions were in force.

The new allegations that two Downing Street parties took place the week after Philip’s death, and on the eve of his funeral, emerged on Thursday evening.

The Telegraph reported that advisers and civil servants gathered after work for two separate events on April 16 2021.

They were to mark the departures of James Slack, Mr Johnson’s former director of communications, and one of the PM’s personal photographers, the newspaper said.

The Telegraph cited a No 10 spokesperson as saying Mr Johnson was not in Downing Street that day. He is said to have been at Chequers.

It reported accounts from witnesses who said alcohol was drunk and guests danced to music.

The two events are said to have started separately and later merged.

At the time, Government guidance stated: “You must not socialise indoors except with your household or support bubble. You can meet outdoors, including in gardens, in groups of six people or two households.”

A Downing Street spokesperson said of Mr Slack’s event: “On this individual’s last day he gave a farewell speech to thank each team for the work they had done to support him, both those who had to be in the office for work and on a screen for those working from home.”

The spokesperson offered no further comment on the allegations that a farewell gathering was held for the PM’s personal photographer.

On Wednesday, the Prime Minister apologised for attending a “bring your own booze” party in the Downing Street garden in May 2020, during the first coronavirus lockdown, but insisted he believed it was a work event and could “technically” have been within the rules.

Members of the Government urged his critics to wait for the findings of Ms Gray’s inquiry before passing judgment after Tory MPs began publicly calling for him to quit.

Cabinet ministers defended Mr Johnson after his apology on Wednesday, but the late interventions of Foreign Secretary Liz Truss and Chancellor Rishi Sunak – both tipped as potential successors – did little to instil confidence in his future.

While Mr Johnson endured a difficult session of Prime Minister’s Questions on Wednesday, Mr Sunak had notably spent the day away from London on a visit in Devon.

Asked about the delay in Ms Truss and Mr Sunak showing their support, the spokesman said: “What the Prime Minister wants and expects is the Cabinet to be focused on delivering on the public’s priorities.”

Asked if he believed he had the full support of his Cabinet, the spokesman said: “Yes.”

Culture Secretary Nadine Dorries later suggested the Chancellor may have been delayed coming to the Prime Minister’s defence because of poor connectivity during his trip.

She told Channel 4 News: “We know he doesn’t have great signal down there.”

But Mr Johnson faced open revolt from one wing of his party, as Scottish Conservative leader Douglas Ross urged him to quit, with almost all Tory MSPs supporting the call.

The Metropolitan Police indicated any investigation by them would depend on evidence unearthed in the Gray inquiry.

The prospect of a police investigation had led to the possibility that the inquiry could be paused, but a Scotland Yard statement said: “The Met has ongoing contact with the Cabinet Office in relation to this inquiry.

“If the inquiry identifies evidence of behaviour that is potentially a criminal offence it will be passed to the Met for further consideration.” 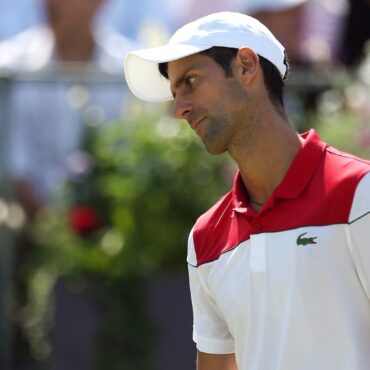 Novak Djokovic has had his Australian visa cancelled for a second time. The world number one had been waiting since a judge overturned the original decision on Monday to find out whether Immigration Minister Alex Hawke would use his powers to reimpose the penalty. And, just before 6pm (7am UK time) on Friday, Hawke released a statement saying he had made the judgement to send Djokovic home “on health and […]