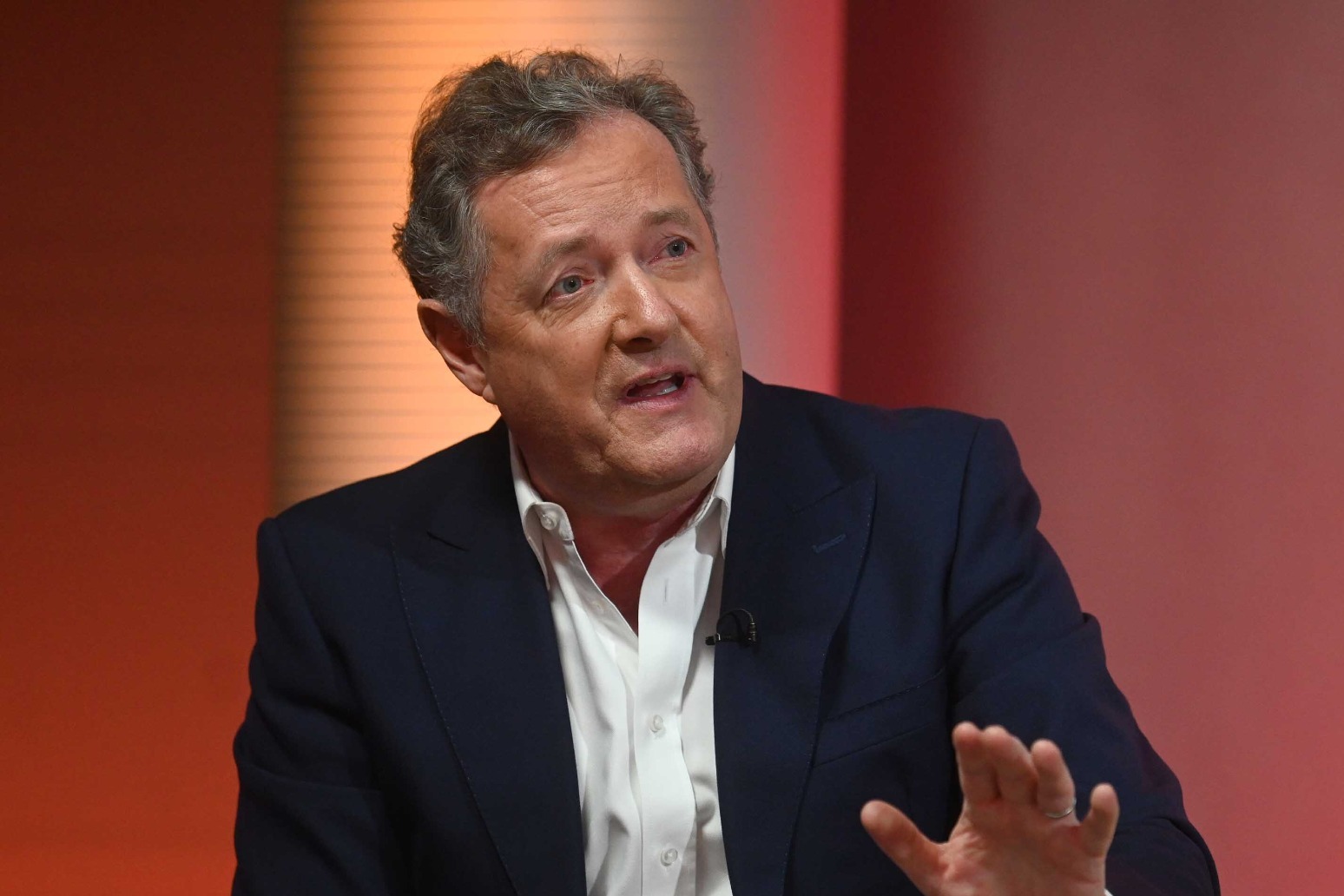 He jokingly stormed off the set of Lorraine after making his return to ITV a year after his Good Morning Britain departure.

The 57-year-old TV presenter, who launches a new programme on TalkTV next week, made headlines last March when he quit the daytime show following an on-air clash with weatherman Alex Beresford over the Duke and Duchess of Sussex’s interview with Oprah Winfrey.

He arrived to the sound of Eminem song Without Me, which features the words “guess who’s back”, before sitting down for a 15-minute interview.

Speaking to host Lorraine Kelly, Morgan addressed his forthcoming special with former US president Donald Trump, his Twitter spat with Caitlyn Jenner and the issue of transgender athletes competing professionally.

A promotional video released on Wednesday for his TalkTV interview showed Morgan and Mr Trump clashing over the latter’s claim the last US election was rigged, and appeared to show Mr Trump storming off camera.

Overnight, Mr Trump released a statement claiming Morgan “attempted to unlawfully and deceptively edit his long and tedious interview with me”.

Responding, Morgan told Kelly: “He says it was a rigged election and he now says I have a rigged promo. All I would say is watch the interview – it will all be there. We won’t be doing any duplicitous editing. The president, I am afraid, got very heated with me because he thinks that he should have won the last election.

“He has taken it very badly that he didn’t and he has concocted a story with no evidence so far that it was all fraudulent, that the voting system was fraudulent and that he somehow had it stolen.

“I said to him, ‘I don’t believe that, I think you lost,’ and he didn’t like that so we had a very animated and heated discussion about it, which I think people will find fascinating.”

The 75-minute interview, which took place at Mr Trump’s Mar-a-Lago resort in Palm Beach, Florida, will be screened on TalkTV on Monday at 8pm.

Following the release of Mr Trump’s statement, Caitlyn Jenner said she was cancelling an interview with Morgan planned for next Wednesday over his “repulsive misconduct”.

Morgan told Kelly the former Olympic decathlon champion had been scheduled to discuss the issue of transgender athletes competing professionally.

But he added: “That was all set up but she has now read the statement from Donald Trump saying that this is a rigged promo and called me repulsive and cancelled the interview, to which I am like, ‘This is a promo, watch the interview’.

“And, by the way, the promo reflects exactly what happened. Donald Trump got very angry about one particular thing and he couldn’t let it go.

“But when people see the interview they will see that we have some nice exchanges – we always have done before. But simmering is this anger he was feeling about what was sent to him before we started the interview.”

Morgan also claimed that, shortly before the interview, “somebody close to Nigel Farage” working for a competitor sent Mr Trump a three-page document detailing critical comments the journalist had made about the former US leader, prompting a heated crisis meeting.

Mr Farage later confirmed he had indeed handed Mr Trump a dossier during a visit to Mar-a-Lago a few days before the interview.

In a video posted to his YouTube channel, Mr Farage recalled telling Mr Trump that Morgan had “gone around boasting in the UK media” that he was his friend while also “stitching you up”.

He said he had told him, “If you do this interview, here is the truth” before handing over the dossier.

“Trump clearly was extremely displeased,” Mr Farage added. “The interview, because of that, wasn’t quite the friendliest it ever could have been.” 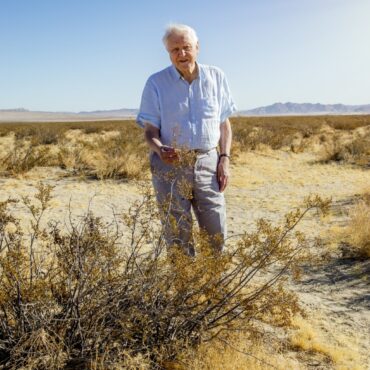 The UN’s Environment Programme (UNEP) has named Sir David Attenborough a Champion of the Earth. The award is in recognition of the environmentalist’s commitment to sharing stories about the natural world and climate change, according to the BBC. In comments carried by the broadcaster, Sir David urged action to prevent further destruction of the planet. “Fifty years ago, whales were on the very edge of extinction worldwide. Then people got […]