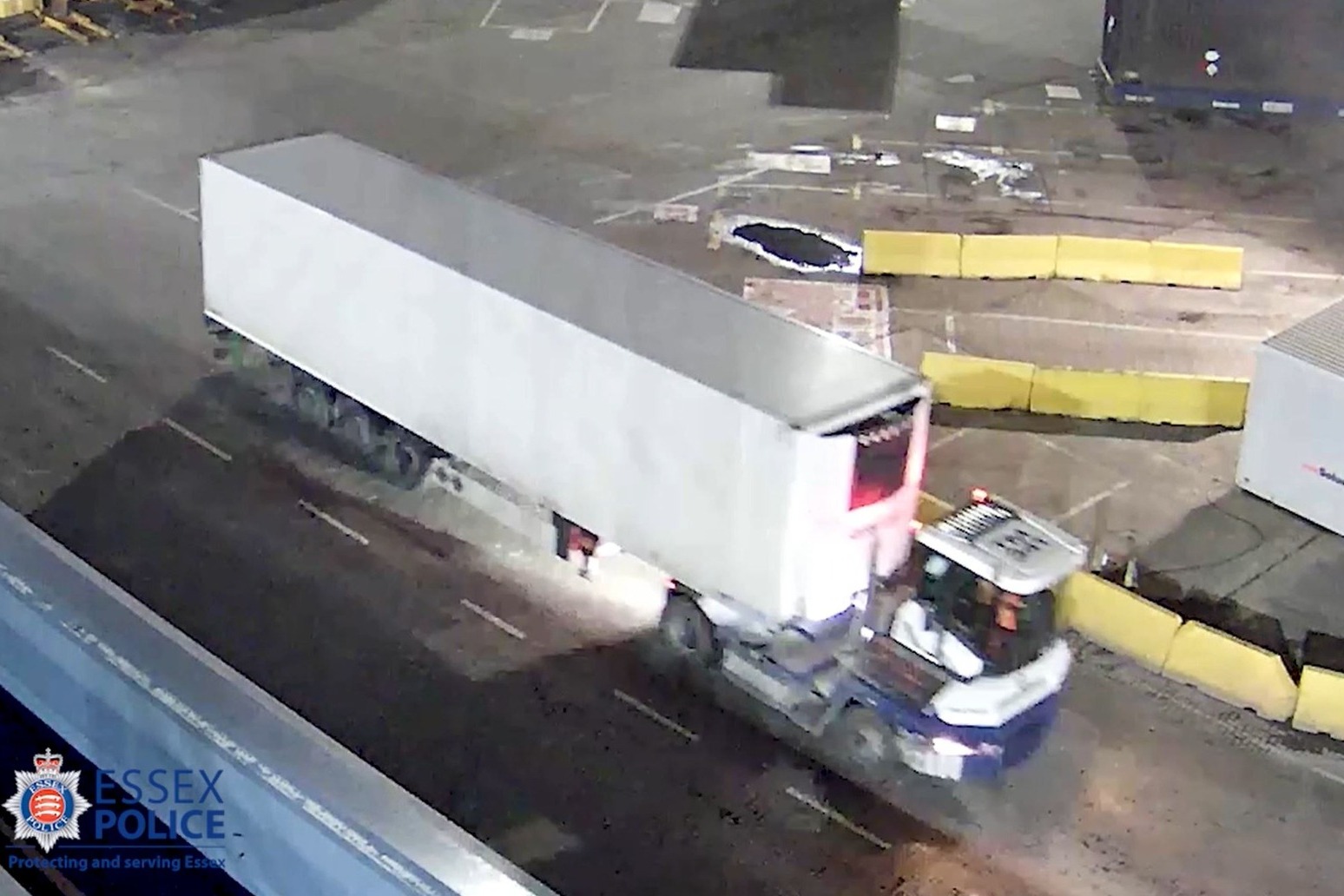 A people-smuggler who fled the UK after 39 Vietnamese nationals were found dead in the back of a lorry has been jailed for nearly four years.

Dragos Stefan Damian, 28, was extradited from Italy to face a UK court following the investigation into the deaths of the men, women and children.

Their bodies were found in a lorry trailer after it was transported by ferry from Zeebrugge to Purfleet in Essex, early on October 23 2019.

Damian admitted he had been waiting at a pick-up point to transport the migrants on to London when the tragedy unfolded.

The Romanian national, who stood to make £1,000 that night, also admitted he allowed his van to be used on previous occasions, the court heard.

In a basis of plea, Damian said he felt he could not say no to ringleader Gheorghe Nica who had him “over a barrel”.

After the discovery of the bodies, he said that he fled “part in panic and part in fear”, the Old Bailey heard.

Earlier, prosecutor Jonathan Polnay had told the court that Damian had been part of a “sophisticated, long-running and profitable conspiracy” to smuggle mainly Vietnamese migrants into the UK in the back of lorries.

He said: “The defendant’s role was in allowing the use of his van to pick up migrants in the UK and on one occasion travelling to Collingwood Farm himself.”

He had been waiting for new arrivals when lorry driver Maurice Robinson discovered the dead migrants after picking up the trailer at Purfleet.

Damian left the area bound for the continent within 11 minutes of Robinson informing his boss Ronan Hughes of the deaths, the court heard.

“At 1.28am – 11 minutes later – Mr Damian drove away from Collingwood Farm obviously having been informed of events because at 7am he left the country departing from Dover docks.”

Damian was arrested just outside Milan and sent back to Britain last September.

In November, he pleaded guilty to conspiracy to assist unlawful immigration between May 1 2018 to October 24 2019.

As part of the investigation, police identified at least six smuggling trips, with migrants paying up to £13,000 for a “VIP” service.

In October 2019 alone, the smugglers stood to make more than £1 million.

Migrants would board lorries at a remote location on the continent to be transported to Britain where they would be picked up by a fleet of smaller vehicles for transfer to safe houses until payment was received.

Some of the trips were thwarted by border officials, and residents in Orsett, Essex, had repeatedly reported migrants being dropped off, but the smuggling operation was not stopped until after the tragic journey.

The families of the victims in Vietnam and Britain have previously spoken of their loss and hardship.

In January, four men were jailed for between 27 years and 13 years and four months for manslaughter and plotting to people smuggle.

They were crime bosses Nica, 45, from Basildon, and Hughes, 42, of Armagh, and lorry drivers Maurice Robinson, 27, of Craigavon, and Eamonn Harrison, 25, of Co Down.

Three other members of the gang were also jailed for their role in the operation.