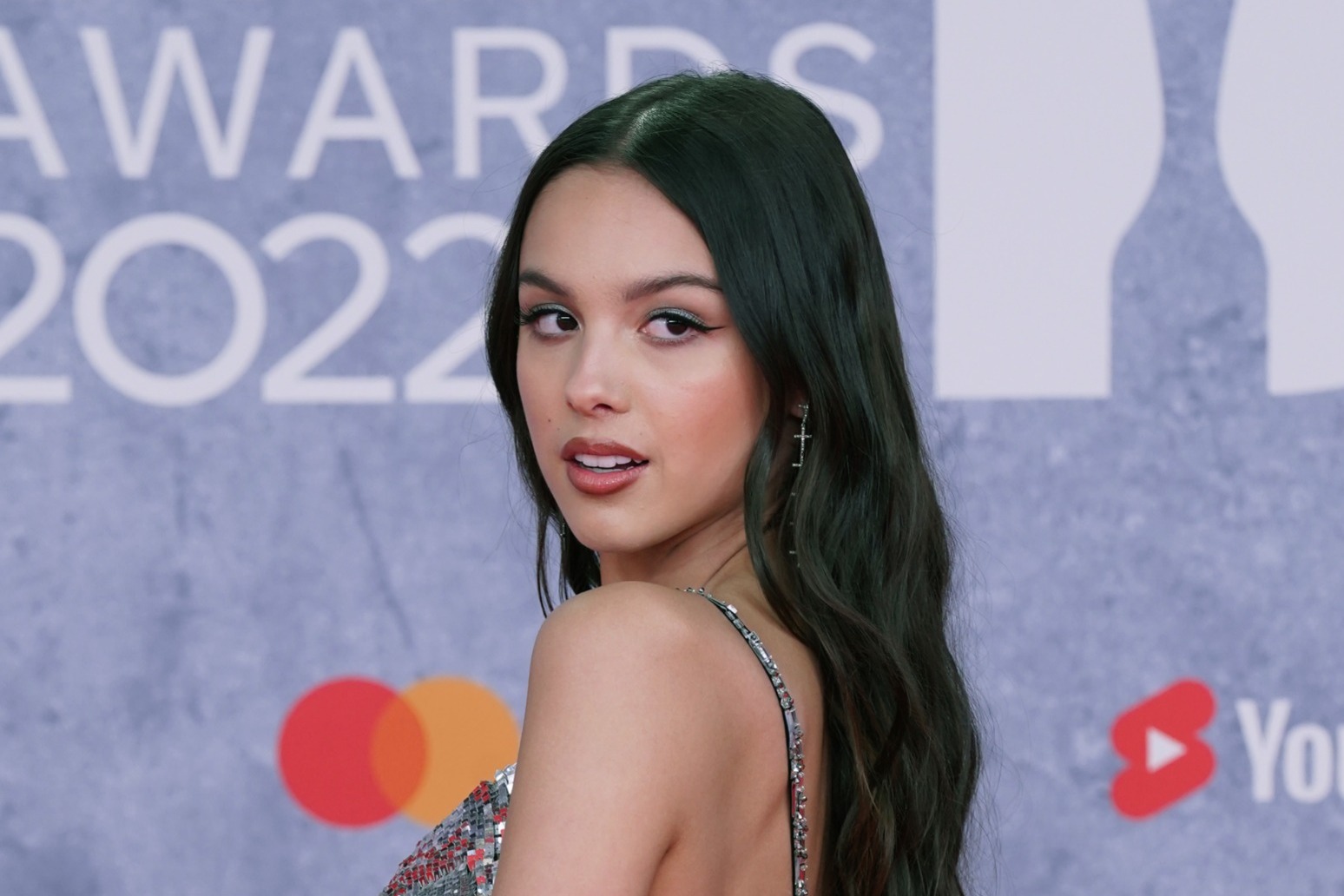 Olivia Rodrigo and Silk Sonic were the big winners at the Grammys with both acts securing two major awards.

They emerged as the frontrunners during a ceremony that featured a poignant tribute to Foo Fighters drummer Taylor Hawkins and a surprise appearance from Ukraine’s leader.

Jon Batiste, who was nominated in 11 categories – the most of any act, claimed the gong for album of the year, considered the biggest of the night, for his album We Are.

He also secured three minor awards during the pre-show.

Opening the ceremony, host Trevor Noah referenced Will Smith and his controversial slap at the Oscars.

He joked: “It is going to be such a beautiful evening. Don’t even think of it as an award show, this is a concert where we’re giving out awards.

At the Oscars, Smith shouted at Chris Rock to get his wife Jada Pinkett Smith’s name “out of your f****** mouth,” after the comedian made a joke about her hair loss.

Roots drummer Ahmir “Questlove” Thompson presented the award for song of the year to Silk Sonic, after earlier winning his own gong for best music film for his documentary Summer Of Soul.

Referencing Smith slapping Rock, which occurred just before he won that award, Questlove said: “I will present this award and I trust you will stay 500 feet away from me,” before adding: “Just playing!”

Rodrigo, 19, took home the Grammys for best new artist and best pop vocal album for her debut Sour, and thanked her mother for supporting her dreams “no matter how crazy (they were)”.

Taking to the stage, she said: “I want to dedicate this to my parents. When I was nine-years-old I told my mum I wanted to be a gymnast even though I could barely do a cartwheel. She thought I was joking but I was super defensive.

“So the next week when I told her I was going to win a Grammy, she was very supportive even though she probably thought I was a little kid with a pipe dream.”

She had been tipped to sweep the “big four” categories – best new artist, record of the year, song of the year and album of the year – as Eilish did in 2020, but fell slightly short.

Silk Sonic, who claimed the awards for record and song of the year for Leave The Door Open acknowledged their wins would cause “upset” among mainstream fans.

The funk duo, consisting of Bruno Mars and singer Anderson Paak, fended off favourites including Eilish and Batiste for the prizes.

The duo also secured two minor prizes during the pre-show.

When they took to the stage for the second time, Paak said: “We are really trying our hardest to remain humble at this point. But in the industry we call that a clean sweep. To all the other nominees, you all know we love you all.

“Drinks are on Silk Sonic tonight. We are getting drunk. I know a lot of you fans will be upset. So we will get out of here before the internet gets to talking.”

Clips of Hawkins headlined the in memoriam section of the evening.

Footage of performances and backstage moments with the late musician were set to the band’s song My Hero and frontman Dave Grohl was heard to say “he’s the best drummer in the world, we love him so much”.

An audio clip of Hawkins said: “I realised to be a good drummer you need to be an actor.”

Earlier in the night, Foo Fighters won all three awards they were nominated for – best rock performance, best rock song and best rock album for their latest offering Medicine at Midnight.

Eilish performed her song Happier Than Ever wearing a t-shirt featuring a picture of the musician.

The death of the drummer, 50, was announced just over a week ago during the band’s tour of south America.

Ukrainian president Volodymyr Zelensky also delivered a speech remotely in which he urged musicians to “tell our story”.

“The war. What’s more opposite to music. The silence of ruined cities and killed people,” he said in an emotional message.

There were also energetic performances from Lil Nas X and K-pop superstars BTS.

Folk veteran Joni Mitchell made a rare public appearance on stage alongside Bonnie Raitt, who helped her when she struggled with her lines while introducing Brandi Carlile.