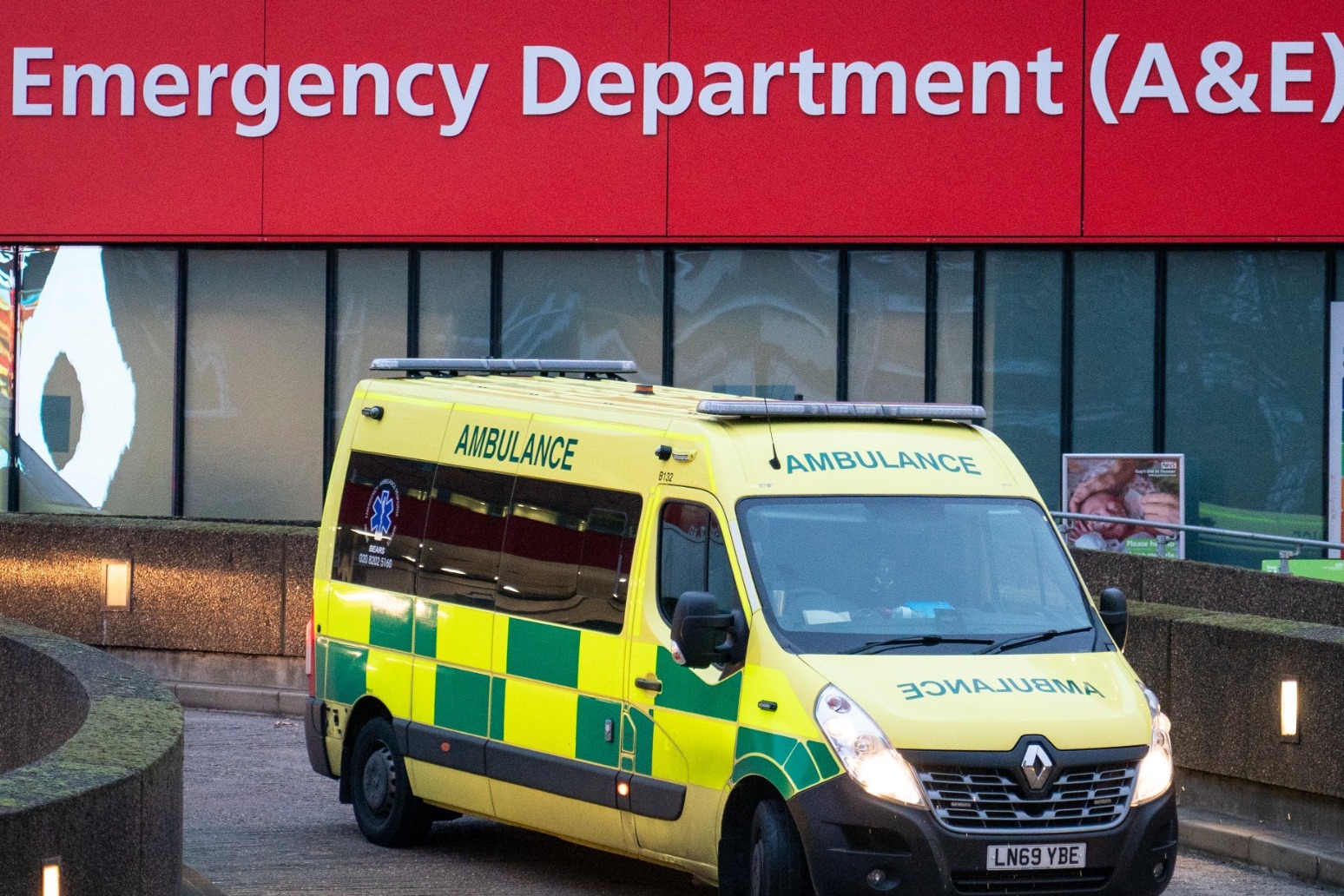 People who end up in A&E, sometimes after repeated trips to their GP, are less likely to survive their disease, particularly if they have stomach, bowel, liver, pancreatic, lung or ovarian cancer.

The new study, from the International Cancer Benchmarking Partnership (ICBP), working with Cancer Research UK, was published in the journal, The Lancet Oncology.

It looked at cancer data and linked hospital admissions from 14 areas in six countries: Australia, Canada, Denmark, New Zealand, Norway, and the UK, covering 2012 to 2017.

Cancer data often has a time lag, but Cancer Research UK said it feared the outlook is now even worse following the Covid-19 pandemic.

For the study, experts from University College London looked at eight major cancers and found more than a third of patients in England (37%), Wales (37%) and Scotland (39%) were diagnosed after being rushed into hospital.

In Northern Ireland, which was measured using a different definition, emergency diagnoses were more than a quarter (28%).

From 857,068 cancer patients in all the country regions, the percentage of diagnoses through emergency presentation ranged from 24% to 43%.

When it came to individual cancers, 46% of people with pancreatic cancer were diagnosed in an emergency overall, but the figure was much higher, at 56%, in England and Wales, and was 59% in Scotland.

Meanwhile, New Zealand had 60% of patients diagnosed as an emergency with pancreatic cancer and Norway had 55%, but Ontario in Canada had just 35% and Alberta had 41%.

Some 34% of people in England and Wales and 35% in Scotland were diagnosed with bowel cancer in an emergency, but the figure was 27% in Ontario and 32% in New South Wales in Australia.

Meanwhile, 47% of people in the UK were diagnosed with liver cancer in an emergency, compared to 40% in New South Wales, 32% in Alberta and 28% in Ontario. In Norway the figure was 51%.

The study found that those aged 75 and over were more likely to be diagnosed in an emergency, as were those whose cancer was advanced.

Emergency diagnoses also resulted in a two-fold higher risk of dying in the next 12 months compared to people being diagnosed at other times.

For bowel, stomach, lung, liver, pancreatic and ovarian cancer, a 10% increase in the percentage of emergency admissions in a region was linked to a drop in one-year survival of 3-7%.

Cancers that often had non-specific, vague symptoms, such as pancreatic, liver, lung, and ovarian cancer, were also more likely to be diagnosed in A&E.

Professor Georgios Lyratzopoulos, lead researcher from University College London, said: “The data tell us that emergency presentations are a global problem – and not concentrated in a single country or health system.

“Getting better at preventing cancer, detecting it through screening, or diagnosing it soon after symptoms appear can help decrease emergency presentations and reduce cancer deaths.”

Michelle Mitchell, Cancer Research UK’s chief executive, said: “For months we have been warning that cancer survival could go backwards due to the pandemic.

“The UK is already lagging when it comes to cancer survival – this study helps us understand why, showing that countries with higher levels of emergency presentations have lower survival.

“If we want to build a world-class cancer service, we need to learn from comparable countries and ensure fewer patients are being diagnosed with cancer after an emergency referral or trip to A&E.

“We’d like to see Governments across the UK take bold action on this within their cancer plans – so that by 2032, fewer than 10% of cancer cases are diagnosed through emergency routes.”

Matthew Black, a 57-year-old chartered surveyor and father of two, started having stomach problems and losing weight in April 2020, but his bowel cancer symptoms were thought to be after-effects of Covid. He was diagnosed in A&E.

Mr Black, who was given the all clear, said: “It’s too bad my cancer wasn’t caught earlier, but I consider myself extremely lucky.

“It’s important people do not ignore sudden or unusual changes to their bodies.

“And don’t leave it too long to get back in touch with the GP practice if symptoms don’t go away or get worse. It could save your life.”

An NHS spokesman said: “This study examines people diagnosed between 2012 and 2017 and actually the proportion of cancer patients who are diagnosed through an emergency route has been falling steadily since then.

“NHS staff have been referring more people for urgent cancer checks over the last 11 months than ever before with more than 200,000 patients checked in January alone, so please come forward if you have symptoms – coming forward for checks early could save your life.”

Data from NHS Digital for England the one-year rolling proportion of cancer patients who first presented as an emergency has been gradually falling over the five years up until 2019/2020 (and stands at around 19%). 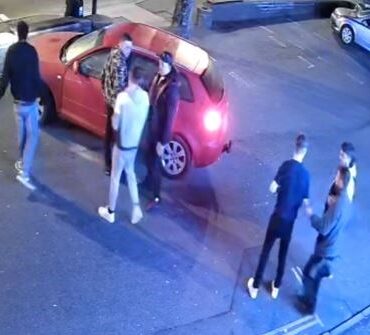 Officers have released CCTV images after a man threatened nightclub staff in Buxton with a gun. The incident occurred at the Level 2 nightclub on Buxton Market Place at around 3.10am on Friday March 18. A disturbance occurred inside the club, with a member of staff assaulted, and led to a man being ejected from the premises. The man then produced a handgun which he pointed at door staff and […]