He’s due to appear in court on Tuesday

A serving Metropolitan Police officer has been charged with sexually assaulting a colleague while on duty.

PC Joseph Demir, attached to the North West Basic Command Unit, was charged with sexual assault by post on March 9, the force said in a statement.

The incident is alleged to have occurred on March 10, 2020, when Mr Demir was a student officer at Hendon Training School. The offence was reported on July 1, 2020.

Mr Demir, who has been placed on restricted duties, was charged following an investigation by the Met’s Directorate of Professional Standards.

He is due to appear at Willesden Magistrates’ Court on Tuesday. 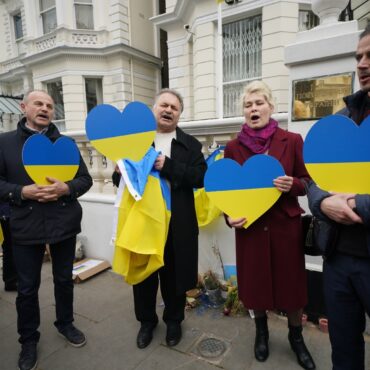 There's been widespread condemnation of the scenes from Bucha Ukrainian authorities have accused departing Russian forces of committing war crimes and leaving behind a “scene from a horror movie”. Bodies with bound hands, close-range gunshot wounds and signs of torture lay scattered across a city on the outskirts of Kyiv after Russian soldiers withdrew from the area. As images of the bodies — of people whom residents said were killed […]