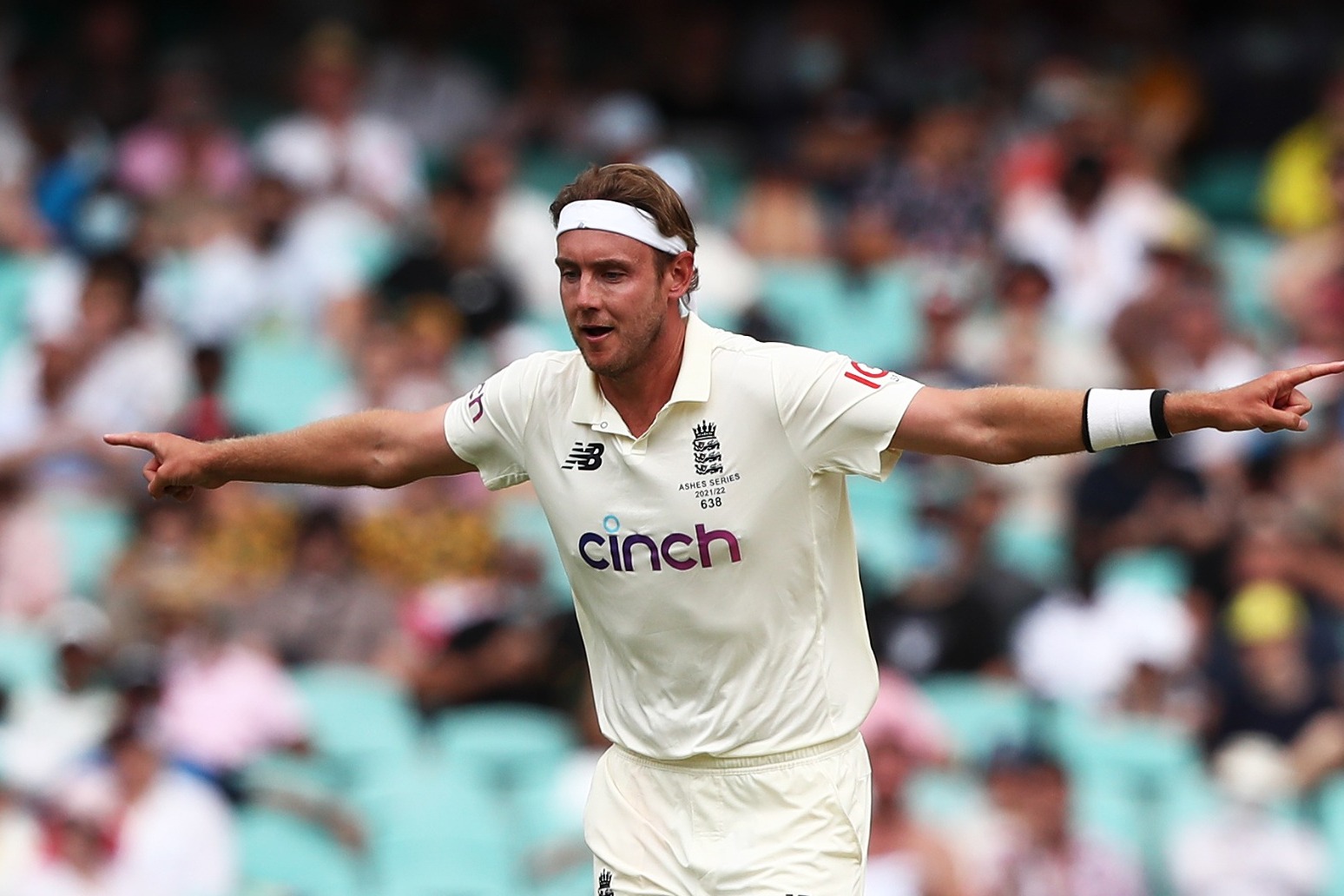 Just 46.5 overs were possible amid multiple rain delays at the Sydney Cricket Ground, but by keeping the hosts to 126 for three England were able to reflect on perhaps their best day yet in a mostly miserable tour.

That is set against a fairly low bar but, after losing the toss and being asked to bowl first on a pitch that offered only gentle assistance, this was a show of much-needed resilience.

James Anderson dismissed Marcus Harris late in the day and Wood put the icing on the cake when he followed up with the scalp of Marnus Labuschagne, the world’s top-ranked batter, but it was Broad who got things going.

For the 13th time in Tests he picked off Warner, fending to second slip to revive and continue one of the most enduring sub-plots between these two sides.

“Either Warner gets runs or Stuart gets him out,” was Wood’s pithy summary.

“Dave is a quality player, one I’ve found a tough nut to crack this tour. It’s felt like we’ve bowled well at him but he’s managed to keep it out and score whenever we’ve missed our spot. That’s what good players do.

“So he has been a tough nut to crack and I’m really glad that Stuart got that wicket – we needed it to get us going. That got the ball rolling and I feel like we really stepped up after that.”

Warner admitted before the match that England’s decision to omit Broad from two of the first three matches had come as a surprise to him.

Broad was short of his best when he did play in Adelaide, but was also desperately close to dismissing the left-hander lbw with the very first ball he bowled at him.

With the Ashes safely secured and scores of 94 and 95 in his pocket so far, Warner was in playful mode as he reflected on the long-running battle.

“I really enjoy giving you guys a good story, which is fantastic and it builds up the game,” he said.

“Me and Broady love it when we’re out there. It’s good fun, good funny banter. (On Wednesday) I tried to drive the ball too straight, that was my disappointment, but it’s awesome to see Broady back out there.

“He’s a world-class bowler. Him and Jimmy Anderson bowling at us is great. Obviously, they would have been disappointed with some of these Test matches, not playing together, but that’s for their selection panel. It’s great to come up against the world’s best from England.”

Wood, meanwhile, continued to step up as England’s go-to man against Australia’s engine room. He has now dismissed Labuschagne twice in 11 balls going back to Melbourne and also accounted for Steve Smith at The Gabba.

His ability to consistently hit 90mph has been enough to mark him out from the crowd against the two most prolific players in the home line-up.

“You want to try and test yourself against the best players,” he said.

“I’ve been slightly frustrated myself because I’m bowling well and haven’t got the amount of wickets I’d like. But if you get big wickets like those guys, certainly it makes you very happy.

“Thankfully I made Marnus play that ball – it wasn’t an easy leave ball – and he managed to edge it, which doesn’t often happen. I’m pleased I’ve managed to get him a couple of times now. I’d love to have a Broad v Warner thing.” 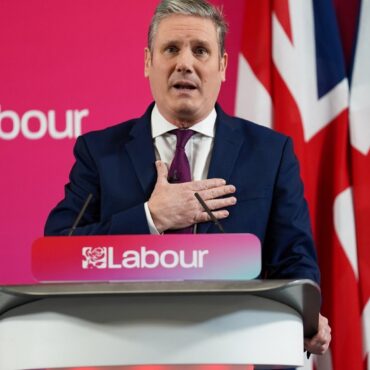 Starmer tests positive for coronavirus ahead of Prime Ministers Questions

Labour leader, Sir Keir Starmer, has tested positive for coronavirus a day after a major speech setting out his vision for Britain’s future. Sir Keir will miss Prime Minister’s Questions, with deputy leader, Angela Rayner, stepping in to face Boris Johnson. The Labour leader previously tested positive for coronavirus on the day of the Budget in October. Sir Keir is not thought to have any Covid-19 symptoms but the infection […]