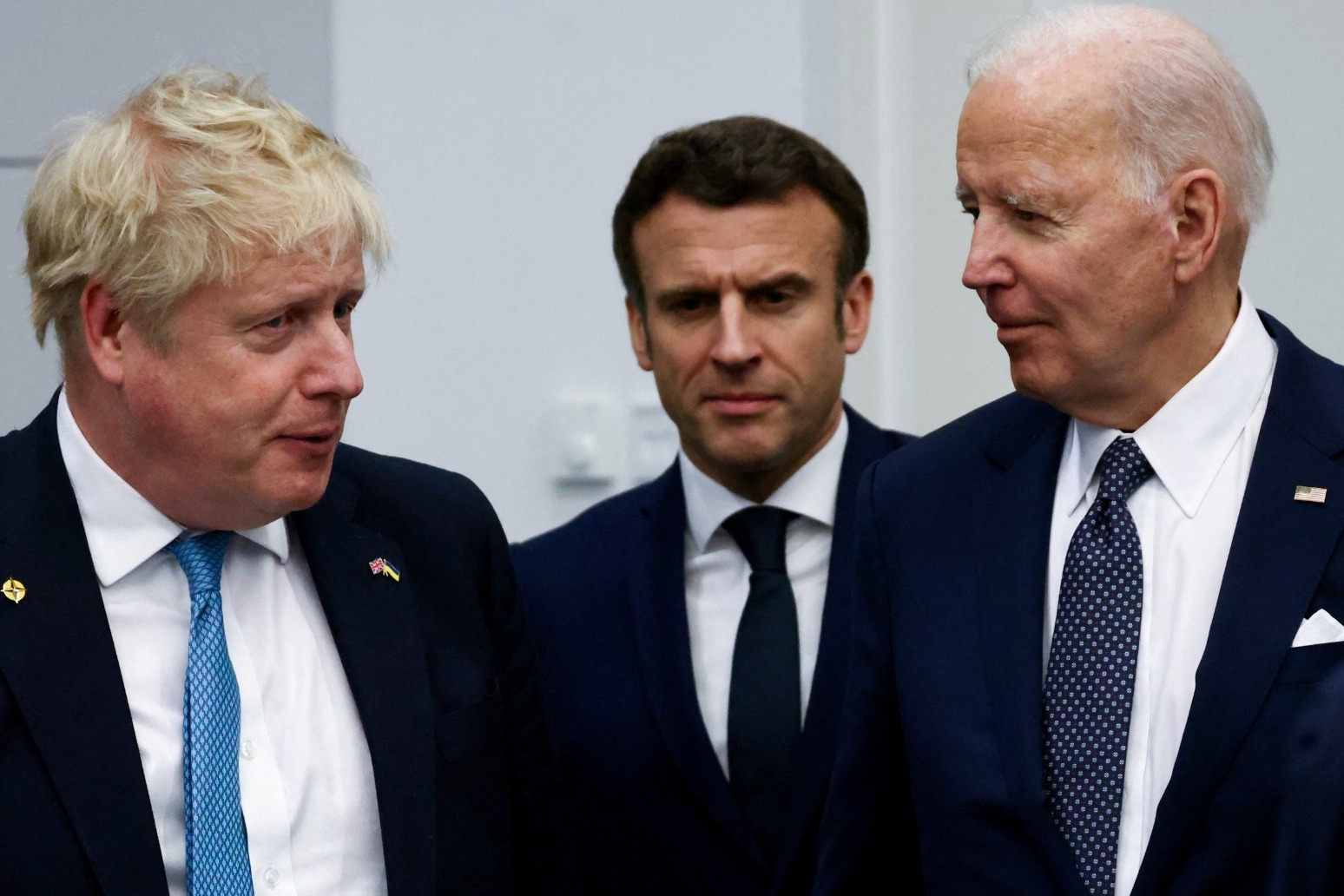 Boris Johnson was accused by the Kremlin of being the most active anti-Russian leader as he announced fresh sanctions and urged a targeting of Vladimir Putin’s gold reserves.

Downing Street said the Prime Minister was instead “among the most active anti-Putin leaders” as sought to rally leaders at a Nato summit in Brussels to provide more defensive military support to Ukraine.

In a virtual address to the allies on Thursday, Ukrainian president Volodymyr Zelensky pleaded for “1% of all your planes, 1% of all your tanks” but it appeared his demand would not be met.

Mr Johnson had instead committed a new package of 6,000 more missiles and announced sanctions against a further 65 individuals and entities.

Among those hit with travel bans and asset freezes were the Wagner Group, a Russian paramilitary organisation accused of plotting to assassinate Ukrainian president Volodymyr Zelensky.

Speaking to broadcasters after landing in Belgium’s capital, Mr Johnson said: “We’ve got to tighten the economic vice around Putin, sanctioning more people today, as we are, sanctioning the Wagner Group, looking at what we can do to stop Putin using his gold reserves, and also doing more to help the Ukrainians defend themselves.”

The Foreign Office said a total of 1,000 fresh sanctions have been handed out since the invasion begun, with the new round including Russian billionaire Eugene Shvidler and Galina Danilchenko, who was installed by Moscow as the mayor of occupied Melitopol in south-east Ukraine.

Britain’s response in particular appeared to be riling Mr Putin.

Kremlin spokesman Dmitry Peskov was quoted by the state-owned RIA news agency as saying: “As for Mr Johnson, we see him as the most active participant in the race to be anti-Russian.

“It will lead to a foreign policy dead end.”

“The Prime Minister is among the most active anti-Putin leaders,” he said.

“We have no issue with the Russian people and in fact we have seen many bravely protest – not least (jailed opposition leader) Alexei Navalny – against Putin’s regime and call on them to cease this war,” the spokesman said.

Praising him as “one of the most extraordinary war leaders of recent times”, Mr Johnson said Mr Zelensky wants tighter sanctions on Mr Putin’s regime and “very specific defensive military support” for his armed forces.

“And that, we’re determined to provide,” Mr Johnson said.

He also hit out at Moscow’s bid to host Euro 2028, saying Russia should withdraw its forces and the football tournament should be handed to Ukraine.

“The idea of Russia holding any kind of football tournament or any kind of cultural event right now is beyond satire,” he said.

“The best thing possible would be for the entire Russian armed forces to retire forthwith from Ukraine and to hand it to them, of course.”

However, those remarks came just a day after the UK and Ireland football associations submitted their joint formal interest in staging the tournament.

Downing Street said Mr Johnson was responding to a question about Moscow’s “brazen and sorely misjudged” attempt to obtain a platform on the international stage by hosting the tournament.

“Clearly we remain entirely committed to the UK and Ireland bid for Euro 2028 which retains the Government’s full backing,” the Prime Minister’s official spokesman said.

During his virtual address to leaders including US President Joe Biden, Mr Zelensky was understood not to have reiterated his plea for Nato to install a no-fly zone above Ukraine, following fears it would provoke a wider conflict.

A western official speaking after the summit did not rule out individual leaders providing tanks or planes as requested by the Ukrainian leader, but said “there was no direct discussion about allies providing that sort of equipment now”.

They said leaders agreed Russia using chemical weapons in Ukraine would mark a “fundamental change” in the Ukrainian conflict that would be met with a “very severe response”.

The western official said it was “highly unlikely” that would cause allies to send their troops to the conflict, but would not outline what the response would be, saying “we need to keep Putin guessing.”

Six more banks were among those being sanctioned with asset freezes and travel bans, as was one of the world’s largest diamond producer Alrosa, and Polina Kovaleva, the stepdaughter of Russian foreign minister Sergei Lavrov.

Ahead of the summit getting under way, Russian hoaxers, suspected of working for the Kremlin, released a full version of their video call with Defence Secretary Ben Wallace.

The MoD has warned the footage being trickled out, in which Mr Wallace thought he was talking to Ukrainian prime minister Denys Shmyhal, is doctored and propaganda.

The hoaxers warned that a “prank” call with Home Secretary Priti Patel will follow “soon”.

It is also supplying and training Ukrainian troops in the use of Starstreak high-velocity anti-air missiles as well as providing body armour, helmets and combat boots.

The Government will provide an additional £4.1 million to the BBC World Service to counter disinformation in Russia and Ukraine as well as new support for the International Criminal Court (ICC). 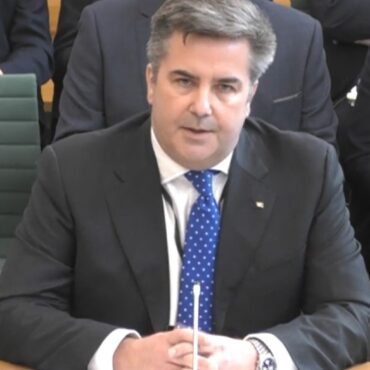 P&O Ferries has admitted breaking employment law when it sacked 800 workers without notice. Chief executive Peter Hebblethwaite was urged by MPs to quit after acknowledging there is “absolutely no doubt” the ferry operator was required to consult with trade unions. The company replaced its crews with cheaper agency workers last week. Mr Hebblethwaite said the new crews are being paid below the UK’s minimum wage apart from on domestic […]