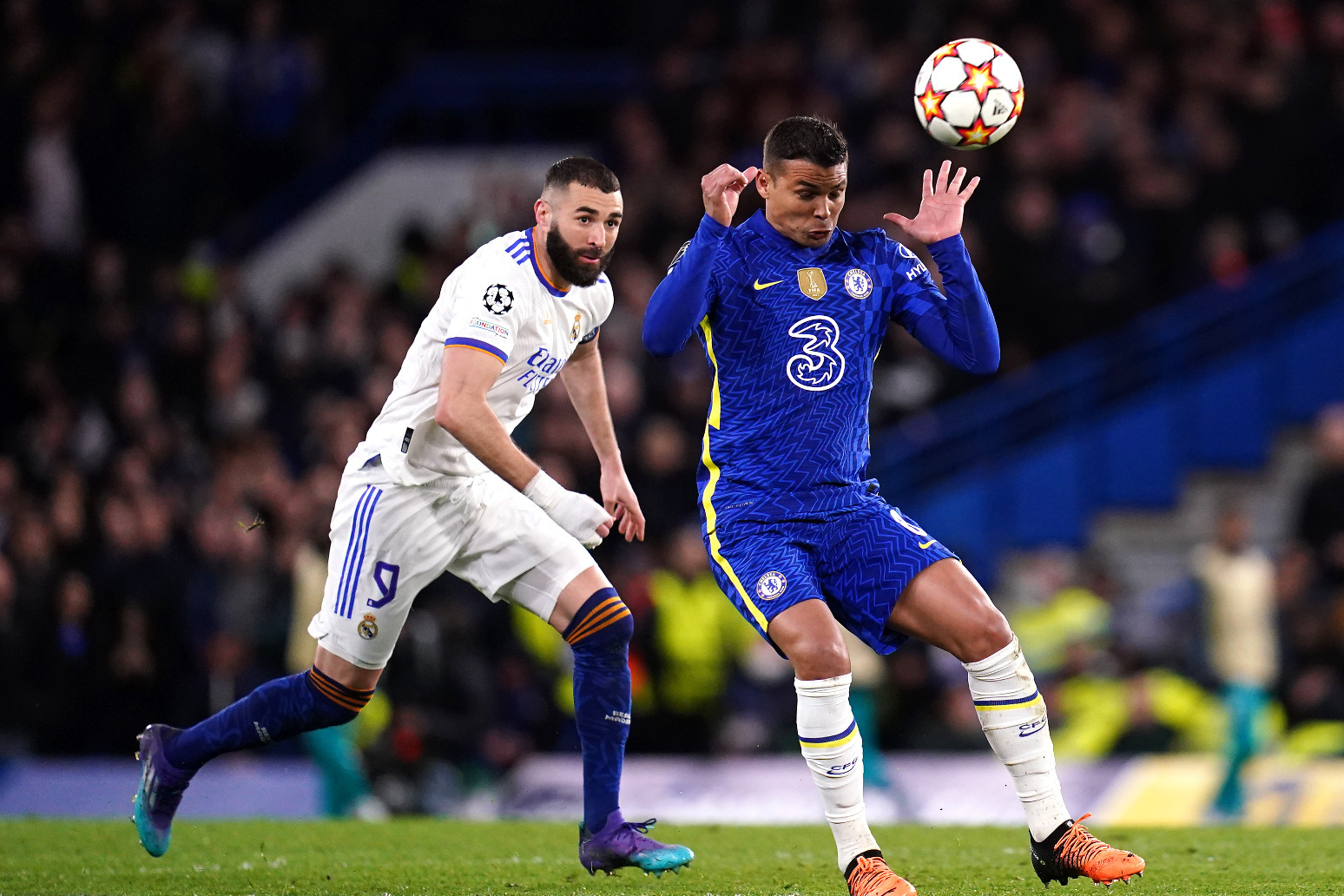 Karim Benzema bullied Chelsea to the brink of relinquishing their Champions League crown with a stunning hat-trick in Real Madrid’s 3-1 triumph at Stamford Bridge.

The prolific striker moved his competition goal return to 11 in just eight matches after hitting back-to-back trebles as Madrid overwhelmed the Blues in Wednesday’s quarter-final first-leg.

Benzema took his season’s tally to 37 goals in 36 matches for Real, handing his side a major chance of making the semi-finals in their bid to land a 14th Champions League title.

The 34-year-old stalked the beleaguered Andreas Christensen like a heavyweight prize fighter closing off the ring to a frenzied and frazzled foe.

Kai Havertz dragged Chelsea back into the contest from nowhere before half-time, but the luckless Edouard Mendy gifted Benzema his hat-trick goal with an undersold pass.

Chelsea will now need a performance to trump perhaps all others from Thomas Tuchel’s highly-decorated reign to overturn this deficit in Madrid’s intimidating Bernabeu Stadium.

The Blues, who dazzled Europe by toppling Manchester City 1-0 to swipe the Champions League trophy in May last year, will head out for the return leg on Tuesday, where a generational showing for this talented squad could well be required to keep their title defence alive.

The urbane Italian coach almost did not make it to his old Stamford Bridge stomping ground due to Covid, but returned a negative test in time to link up with his players on the morning of the match.

April showers left the 60-year-old’s coiffured locks requiring a towelling-off, before he donned a beanie hat to ward off the weather.

The France striker must have thought the Blues were out for the count after delivering two thumping headers.

First he nodded home by racing onto Vinicius’ cross, then the Real talisman showed the other side of his aerial prowess, hanging in the air to dispatch Modric’s delivery.

A dazed and confused Chelsea found themselves staggering around the Stamford Bridge pitch. None more so than the hapless Christensen, who wound up continually exposed by Chelsea’s first-half system.

The Denmark defender could not decide whether to tuck in tight on the inside-right, or pull out to the right-back area.

James’ advanced right-sided role left Christensen with too much ground to cover, but the Dane should still have avoided the comprehensive work-over he received for his troubles.

Vinicius and Benzema doubled up on Christensen, with Ancelotti clearly identifying the Denmark centre-back as the weak link in Tuchel’s system on the night.

Benzema should have completed his hat-trick before half-time too, only to drive a low shot wide of the goal.

That let-off seemed to clear Chelsea’s punch-drunk haze and in a flash the Blues were on the scoreboard and back from the dead.

Jorginho’s sumptuous lofted ball bisected the Real defence, allowing Havertz to steal in at the far post and nod home.

Hakim Ziyech and Mateo Kovacic replaced Christensen and N’Golo Kante at half-time, with Tuchel well aware the shape had to change.

The Blues went to a flat-back four, but had not even settled when disaster struck.

Mendy underhit a pass to Toni Rudiger when out of his area and Benzema pounced, rolling the ball home to complete his devastating treble.

Proactive boss Tuchel emptied the bench in a bid to claw another foothold, but £98million striker Romelu Lukaku could in no way follow Benzema’s lead.

Where the Real marksman had proved unerring, instead Lukaku could only nod wide from a glorious chance. 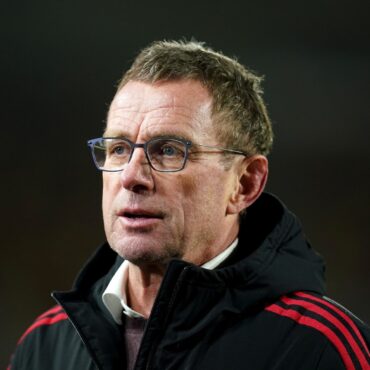 Manchester United remain in talks with several candidates over the vacant manager’s job at Old Trafford, the PA news agency understands. A report on Wednesday afternoon claimed United were close to appointing Erik ten Hag as Ole Gunnar Solskjaer’s permanent successor. It was reported that United have settled on Ten Hag from a four-man shortlist and the 52-year-old Dutchman was ready to leave current club Ajax at the end of […]