Lewis Hamilton has been backed to continue racing and secure a record-breaking eighth Formula One title by former McLaren team-mate Jenson Button.

The future of the Mercedes driver remains uncertain after the controversial conclusion to the Abu Dhabi Grand Prix in December which saw Red Bull’s Max Verstappen win the championship on the final lap of the 2021 campaign.

Race director Michael Masi received criticism after he was accused of bending the rules to allow a one-lap shootout and – while an FIA inquiry has been launched – it will not be made public until the eve of the 2022 season opener in Bahrain on March 20.

Hamilton has been conspicuous by his absence from social media since the debacle in the desert but Button, who was a team-mate with his fellow Briton at McLaren, does not believe the 37-year-old will retire yet especially being tied with Michael Schumacher on seven world championships.

“I haven’t got a clue but I do know I was the only person to interview Lewis after the last race,” Button told Good Morning Britain on Wednesday, while discussing his new documentary Radford Returns.

“(It was) a controversial end to the season but I really do think you have to look at the season as a whole.

“Formula One is in an amazing place, two fantastic drivers going at it every weekend and I think everyone is excited about the new season.

“New regulations and it is all about the development of these cars through the year.”

Mercedes announced earlier in January that they would launch the first car of F1’s revamped technical era at Silverstone on February 18, five days before the first winter test in Barcelona.

Hamilton is expected to be on site for the launch, alongside new team-mate and compatriot George Russell.

The 37-year-old’s deal with Mercedes, which earns him in the region of £40million-a-season, is due to expire at the end of next year. 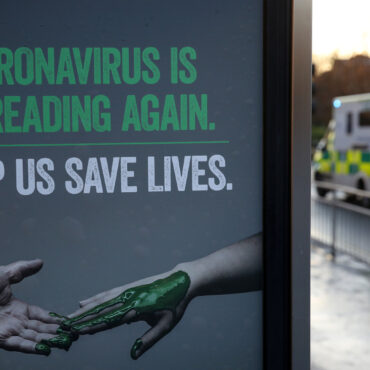 Between January 5 and 20, one in 23 people in England was infected with Covid. Covid among children and teenagers is keeping infection levels high, while many people with Omicron say they have been infected before, according to a new study. Coronavirus infections have slowed down in England but the highest prevalence was in primary school children at 7.81% between January 5 and 20 this year, while overall it was […]