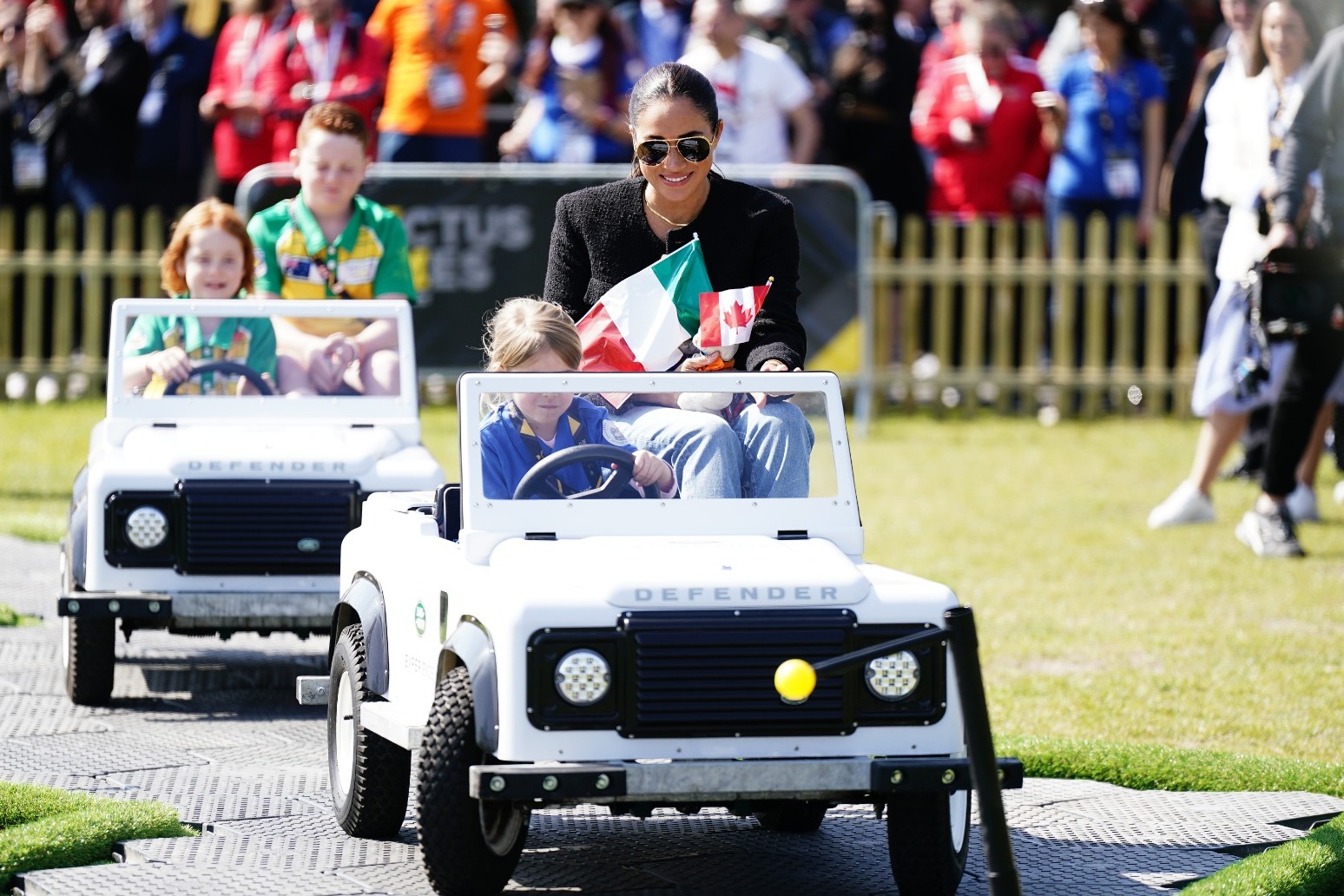 The Duke and Duchess of Sussex have been taken for a spin by a couple of young drivers in mini cars at the Invictus Games in the Netherlands.

Harry and Meghan hopped into miniature open-topped Land Rover vehicles driven by two little girls ahead of the event’s opening ceremony in The Hague.

The duke also took part in the Jaguar Land Rover driving challenge, sitting in the front passenger seat and helping to navigate a course of bridge structures, ramps and rocks.

The couple, who could be seen holding hands, arrived at the Zuiderpark around lunchtime and looked casual and relaxed as they chatted to people.

Meghan wore her hair in a ponytail and dressed down in cropped jeans, a short boxy jacket and flat pumps, while Harry wore an Invictus t-shirt and navy trousers.

The couple, both sporting sunglasses on a sunny Saturday, met children at a small track next to the main driving course, and each sat in the passenger space next to their young drivers.

Meghan was driven around by five-year-old French girl Mya Poirot, while Harry was driven by four-year-old Dutch girl Scarlet Vroegop.

At one point Meghan appeared to praise Mya for her driving as she could be seen applauding.

Harry and Meghan will both speak on stage at the opening ceremony on Saturday evening.

The couple are set to address the audience at the televised event which will be attended by members of the Dutch royal family and the country’s prime minister.

They made their first public appearance together in Europe since quitting as senior working royals more than two years ago when they attended a reception at the games on Friday.

Their appearance at The Hague’s Zuiderpark came after they visited the Queen and met with the Prince of Wales in Windsor on Thursday, having flown in from their home in the US.

Princess Margriet, Prince Pieter-Christiaan and Prime Minister Mark Rutte are among those expected to attend, with Mr Rutte scheduled to give a speech on the importance of the Invictus Games.

A crew has joined Harry and Meghan at the games as part of filming for a Netflix documentary called Heart Of Invictus – a series from Archewell Productions following people who are competing at the event.

A film crew was at the park on Friday and a crew could be seen close to Harry and Meghan on Saturday.

Harry founded the Invictus Games to aid the rehabilitation of injured or sick military personnel and veterans from across the globe, by giving them the challenge of competing in sporting events similar to the Paralympics.

Harry and Meghan’s trips to the UK and the Netherlands come after the pair were absent from the Duke of Edinburgh’s memorial service in London last month.

Harry is bringing a claim against the Home Office after being told he would no longer be given the same degree of personal protective security when visiting from the US, despite offering to pay for it himself.

The duke wants to bring his children to visit, but he and his family are “unable to return to his home” because it is too dangerous, his legal representative has said.

The opening ceremony will be shown on the BBC. 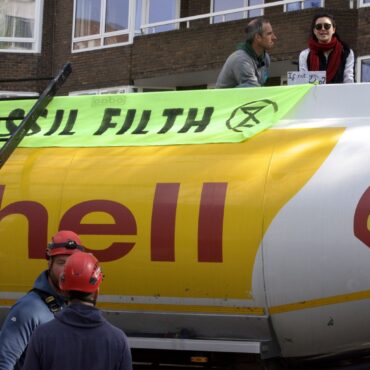 Six people have been arrested after climate change activists climbed on to an oil tanker in central London. Extinction Rebellion said three people climbed on top of the Shell tanker and held a banner which said “end fossil filth” in Bayswater Road on Saturday morning. Images from the scene show people gathered around the tanker, some holding Extinction Rebellion flags, while one man brandished a sign which read: “End fossil […]