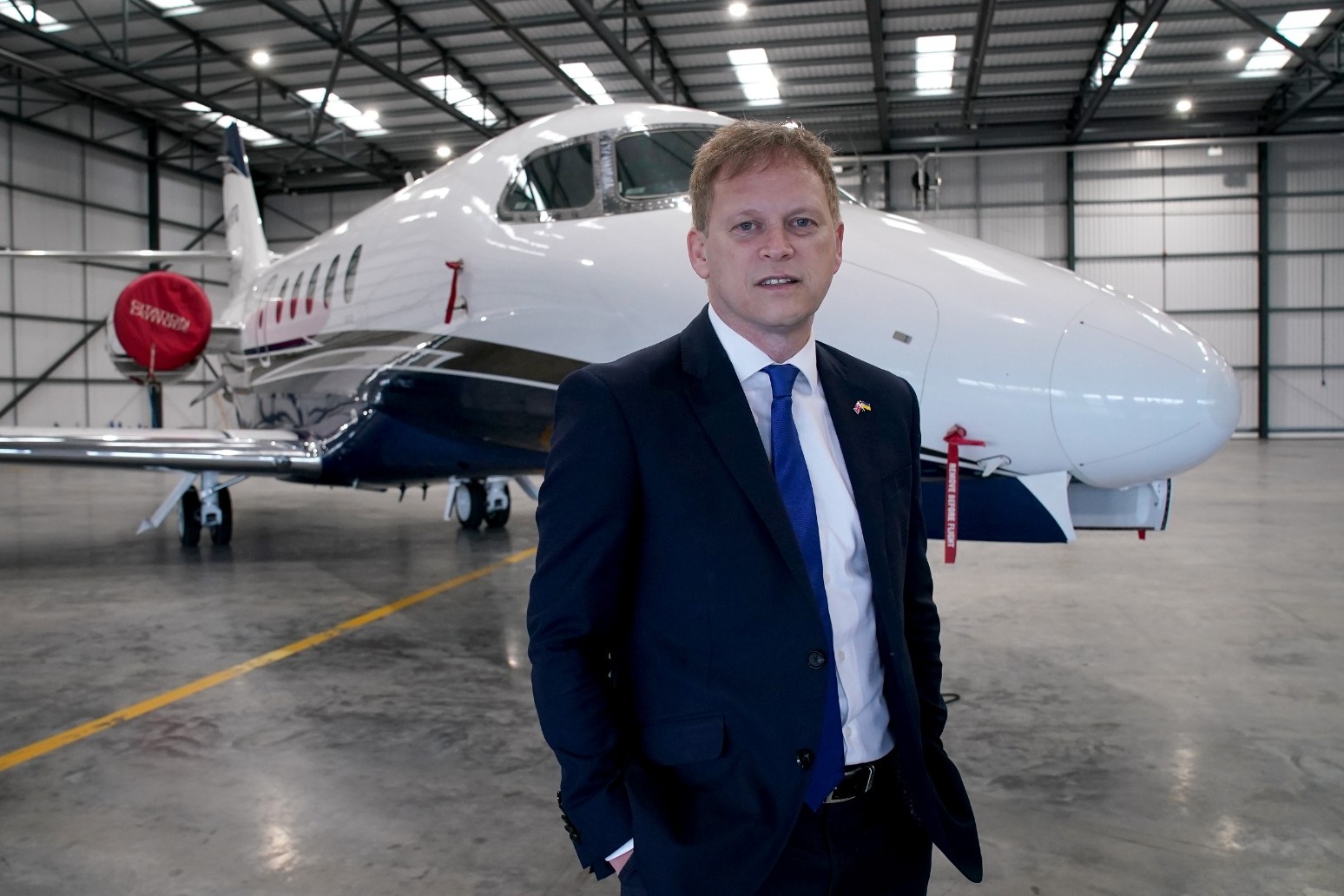 A private jet owned by Russian billionaire Eugene Shvidler has been banned from flying in the UK as part of sanctions in response to the war in Ukraine.

Transport Secretary Grant Shapps announced that he has deregistered the aircraft, meaning any certificates in place to permit it to fly have been suspended.

The Cessna aircraft with the tail registration G-LATO is at Biggin Hill Airport, south-east London, where it was due to undergo maintenance and repairs.

It was blocked from leaving on March 19 on the order of Mr Shapps to enable an investigation into its ownership to be carried out.

On a visit to Biggin Hill Airport to see the jet, Mr Shapps told the PA news agency: “Russian oligarchs who have benefited from Putin’s regime will not be allowed to just go about their business as they were before this completely unprovoked war started.

“That’s why we’re actually stripping this off the British aircraft register.

“This plane will not be going anywhere for the foreseeable future.”

The Cabinet minister also announced that all Russian aircraft are now classified as “unairworthy in UK eyes” because “they’re now not being serviced properly” due to sanctions.

The planes were already banned from UK airspace following Russia’s invasion of Ukraine.

An “evil” sexual predator has been jailed for at least 36 years for the murder of primary school teacher Sabina Nessa. Koci Selamaj, 36, travelled to London from the south coast to carry out the premeditated attack on a random woman on September 17 last year. The garage worker targeted 28-year-old Ms Nessa as she walked through Cator Park in Kidbrooke, south-east London, to meet a friend at 8.34pm. CCTV […]