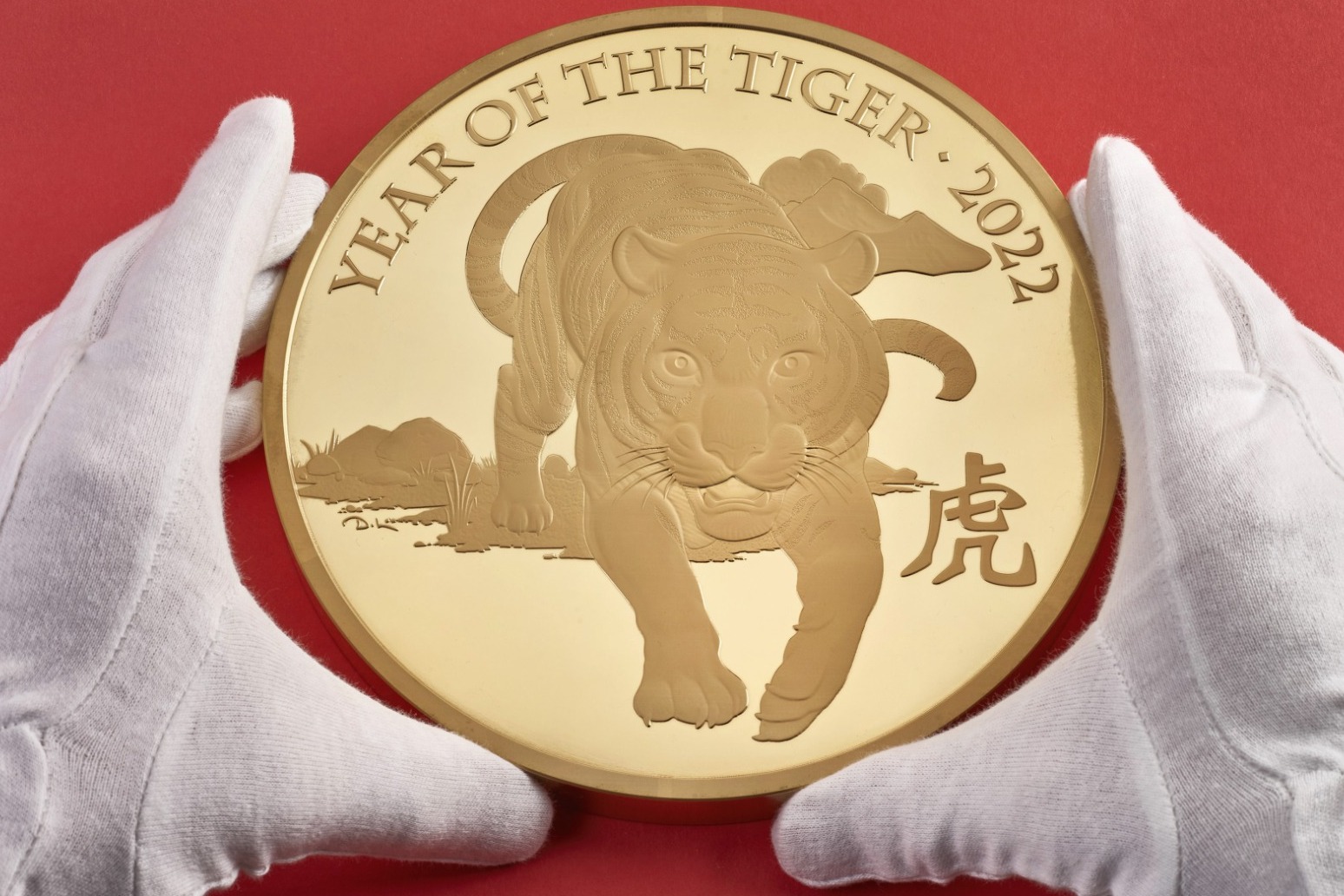 A giant 8kg (17.6lb) gold coin celebrating the Year of the Tiger has been unveiled by the Royal Mint.

The 185mm (7.3in) coin, featuring a design to celebrate Chinese New Year, is the largest ever produced as part of the Shengxiao Collection.

It depicts the tiger face on, and its Chinese character positioned nearby.

The weight of the coin was selected due to the number eight being considered lucky and associated with wealth and prosperity.

It was created using traditional minting skills and innovative technology.

Engraving machines were used to carefully cut the design on to the 8kg coin over a period of 200 hours.

It was then hand-worked, carefully removing any marks made by the cutting process, before undergoing 100 hours of hand-polishing.

Finally, the coin was laser-frosted for 50 hours using picosecond laser technology, to selectively texture the surface to showcase the detail of the design.

Those born in the Year of the Tiger are thought to possess many of the animal’s traits and are said to be confident and courageous, making natural leaders.

In addition to the 8kg gold proof coin, Year of the Tiger collectable coins are also available in a range of precious metals and base metal finishes with prices starting from £13.

The 8kg coin is available to be purchased by a collector, with the price available upon application to the Royal Mint.

A coin of such calibre and craftsmanship would be priced in the region of six figures, the Mint added. 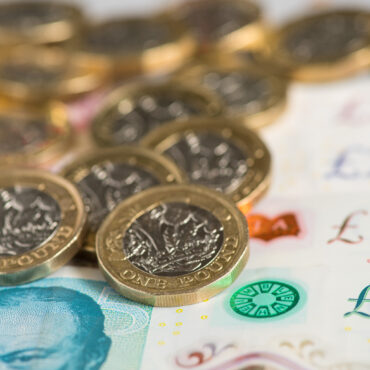 That's according to the environmental charity WWF The Government’s autumn spending package unveiled ahead of Cop26 included £55 billion that undermines climate goals and drives up emissions, campaigners have said. Environmental charity WWF said the Treasury’s 2021 autumn budget and comprehensive spending review, announced just before the UN climate summit in Glasgow, was a missed opportunity to deliver immediate emissions cuts. A “net zero test” run by the charity to […]