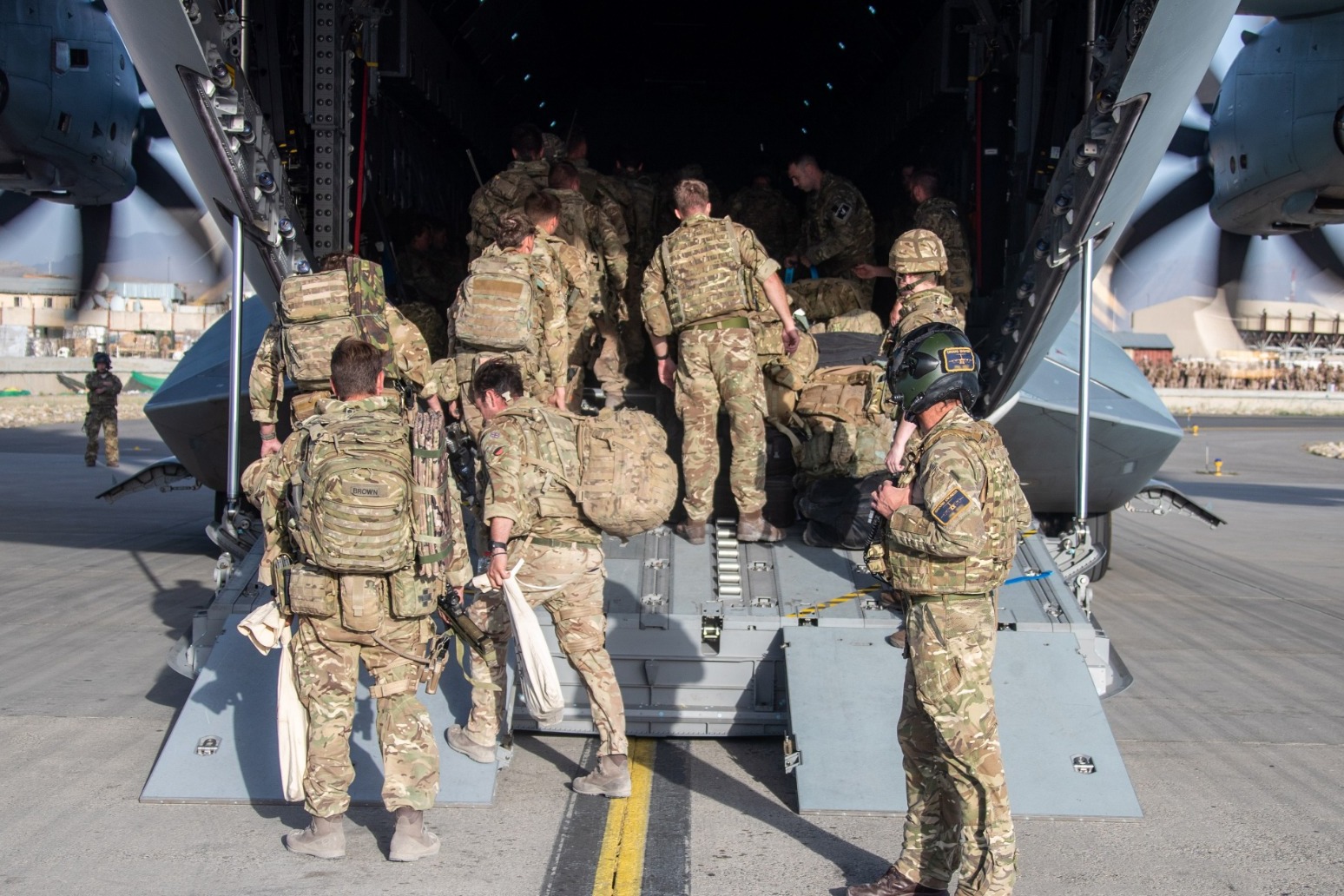 Two decades of engagement in Afghanistan by British troops has come to an end as the final members of UK military and diplomatic personnel left Kabul airport on Saturday night, ending the largest evacuation mission since the Second World War.

Operation Pitting – where more than 1,000 troops, diplomats, and officials were dispatched to Afghanistan to rescue UK nationals and Afghan allies after the seizure of the country’s capital by the Taliban – airlifted more than 15,000 people to safety across just over a fortnight.

British boots first hit Afghan soil in November 2001, as part of a coalition tasked with finding the leaders of al Qaeda in the wake of the deadly 9/11 attacks, the 20th anniversary of which is just two weeks away.

The Taliban was accused of providing a sanctuary for Osama Bin Laden and his al Qaeda movement, and by December the regime collapsed.

But nearly 20 years later, after 457 British service personnel lost their lives, Afghanistan is again under the control of the militant group, with the nation’s future uncertain.

Mr Johnson said: “20 years ago, in the wake of the 9/11 attacks, the first British soldier set foot on Afghan soil aiming to create a brighter future for the country and all its people.

“The nature of our engagement in Afghanistan may have changed, but our goals for the country have not. We will now use all the diplomatic and humanitarian tools at our disposal to preserve the gains of the last twenty years and give the Afghan people the future they deserve.”

Labour leader Sir Keir Starmer added: “I pay tribute to the brave men and women of our armed forces who have done so much to provide the opportunity of a new life to so many.

“Our diplomatic staff and military personnel should be proud of the heroic work they have done and we owe them a great debt of gratitude.

“It is now for the Government to urgently set out a plan for those left behind.”

While Defence Secretary Ben Wallace told troops on Twitter: “The UK should be very proud of what you have done. Every one of you have displayed the highest levels of professionalism and bravery.”

The Government said of the 15,000 people evacuated since the Taliban returned, 5,000 of those were British nationals and their families.

And more than 8,000 Afghans who helped the British effort as interpreters or in other roles, or who are otherwise vulnerable to persecution by the regime, were also able to flee to safety with their families.

Around 2,200 of those airlifted – on more than 100 RAF flights – were children, the youngest was just one day old.

One refugee, Soman Noori, gave birth to a baby girl, Havva, on an evacuation flight on its way to Birmingham on Saturday.

And the total number of Afghans brought to the UK under the Afghan Relocations and Assistance Policy (Arap) since it was set in April is now around 10,000 in total – double the number anticipated this year.

The UK has evacuated more people than any other country other than the US, the Government said, as both those in Afghanistan and co-ordinating the effort from the UK worked all hours to process evacuees.

And as well as taking people out, the Armed Forces also flew in vital supplies such as vegetarian and halal meals and 250,000 litres of bottled water, to distribute to those waiting to escape.

British capacity in Afghanistan had been diminished since October 2014, when the central hub of operations in Helmand Province, Camp Bastion, was handed over to Afghan forces and combat troops were withdrawn.

But a small number of personnel stayed behind to help train and advise the Afghan National Security Forces, alongside American forces who continued a scaled-back combat mission.

Last year, then-president Donald Trump’s administration and the Taliban agreed on a withdrawal date for all Nato forces in what is known as the Doha agreement.

In exchange, the Taliban committed to preventing al Qaeda from operating in areas they controlled, and to have ongoing talks with the Western-backed Afghan Government.

The pledge to withdraw troops was upheld by current President Joe Biden, who said soldiers would be gone before the 20th anniversary of 9/11.

And without the support of US security, British forces said they had little choice but to leave too.

As the date approached, the Taliban took control of key provinces and eventually on August 15, fighters had entered the outskirts of the capital Kabul.

The UK Government said the UK’s diplomatic efforts will now shift to supporting the people of Afghanistan from outside the country.

The British embassy and Ambassador to Afghanistan Sir Laurie Bristow will temporarily relocate to Qatar, but the intention is to reopen an embassy in Kabul as soon as possible.

And ministers have stressed that the Arap scheme is not time-limited, and others deemed vulnerable, such as women and girls, can apply for the Afghan citizens’ resettlement scheme, which will take up to 20,000 refugees in coming years.

The Government said any Afghan people called forward for evacuation in recent days, but who did not make it out, would be guaranteed a place under the scheme. 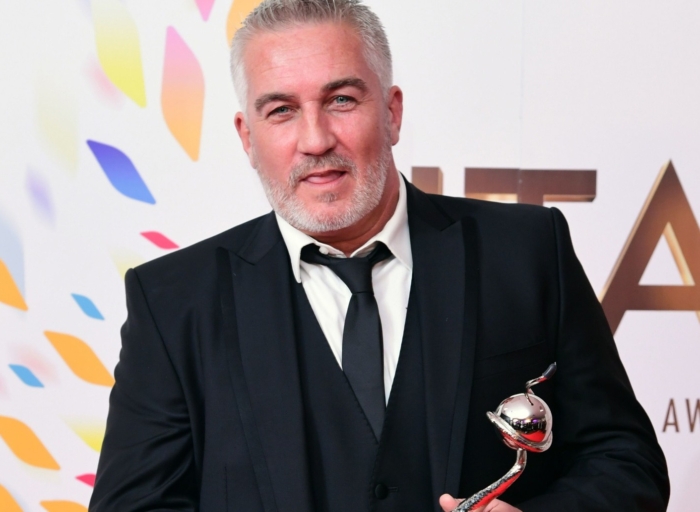 Paul Hollywood to go on tour with live cookery show 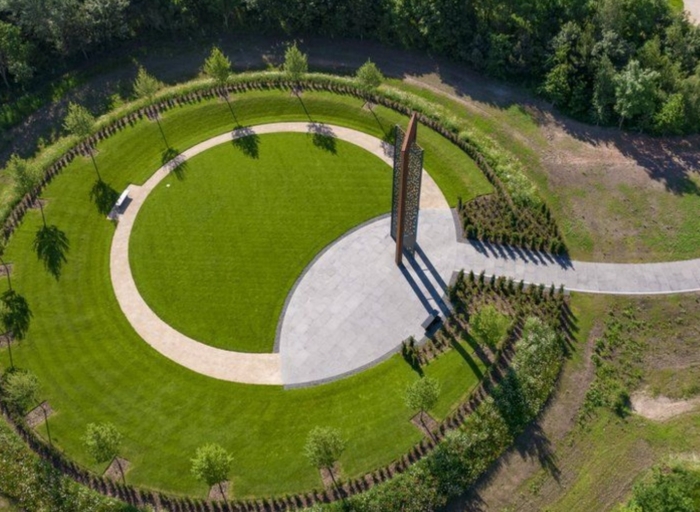