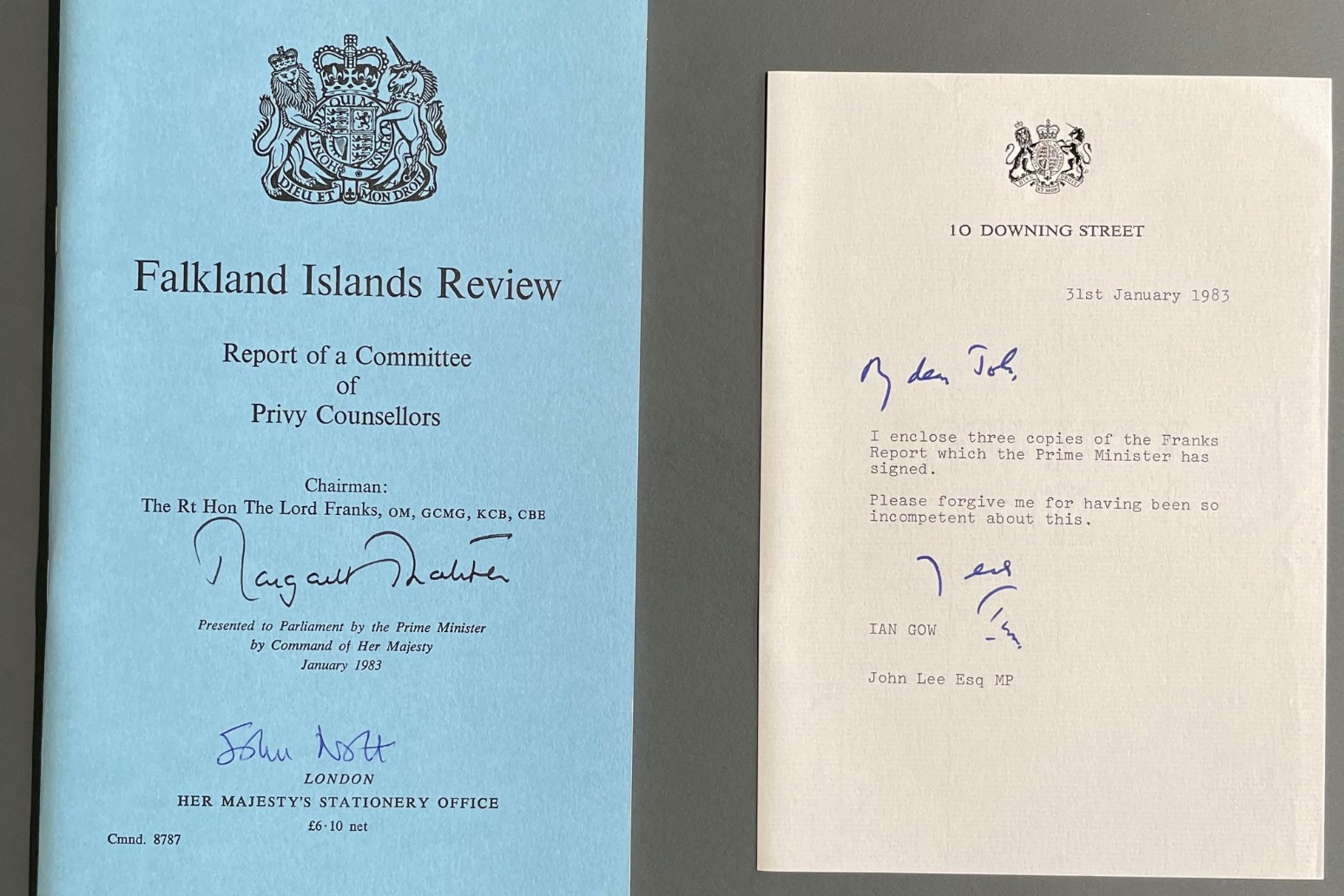 A government report on the Falklands War signed by Margaret Thatcher has been donated to a veterans’ charity to coincide with the 40th anniversary of the conflict.

A copy of the Falklands Island Review was donated to The Poppy Factory by Lord Lee of Trafford, a former Tory MP who served as defence minister immediately after the 1982 war and worked closely with the former prime minister.

The document, also known as the Franks Report, will be the centrepiece of a special display about the Falklands at the charity’s visitor centre in Richmond, south west London, which is due to be unveiled in the coming weeks and will show how those affected by the conflict have been supported by the charity.

Lord Lee’s copy of the 1983 report is signed by both the former prime minister and former defence secretary John Nott.

Lord Lee said: “I was particularly interested when the Franks Report came out and I somehow managed to get the Prime Minister Margaret Thatcher, and the Defence Secretary John Nott, to sign three copies, which I held on to for over 30 years.

“I have sent one copy to The Falklands to show in the museum there.

“Because I live in Richmond and have been a supporter of The Poppy Factory for a long time, it occurred to me that a second copy should be here for the community to see.

“The Falklands was an example of the courage and tenacity of our Armed Forces, because it was by no means certain when the task force set off that it would be successful.

“Very sadly, 255 of our service personnel lost their lives and others were wounded. It’s important that we remember them, alongside all those who have given their lives in other conflicts.”

He has also donated a cover note from the Conservative MP Ian Gow, Margaret Thatcher’s parliamentary private secretary, who was killed seven years later in 1990 in an IRA bomb attack.

The Richmond-based peer’s donations coincide with the 40-year anniversary of the start of the conflict, and with the charity’s 100-year celebrations.

The Poppy Factory was originally founded by Major George Howson MC, a British Army officer, five years after he was awarded the Military Cross in 1917. He wanted to provide employment for veterans injured during the First World War.

The factory was originally used to create remembrance wreaths and poppies but has since evolved into an organisation which aims to assist war veterans with health conditions to find work across England and Wales.

Its visitor centre, which was opened by its patron the Duchess of Cornwall last November, will host several more displays which are currently being developed.

Deirdre Mills, chief executive of The Poppy Factory, said: “We are extremely grateful to Lord Lee for this wonderful and timely donation.

“It will take pride of place in our new display, which will be all about The Falklands and the members of our community whose experiences have been shaped by the legacy of that conflict.” 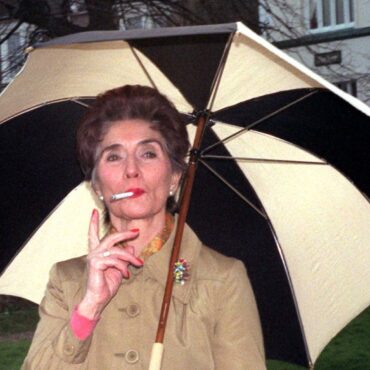 Members of the EastEnders cast have paid tribute to June Brown as “an incredible woman who had the most incredible life and career”, after her death aged 95. Brown played the chain-smoking Dot Cotton in the BBC One soap for more than 30 years. Gillian Taylforth, who plays Kathy Beale in the show, hailed Brown as “an amazing woman and a truly wonderful actress”. She said: “I’m truly heartbroken by […]