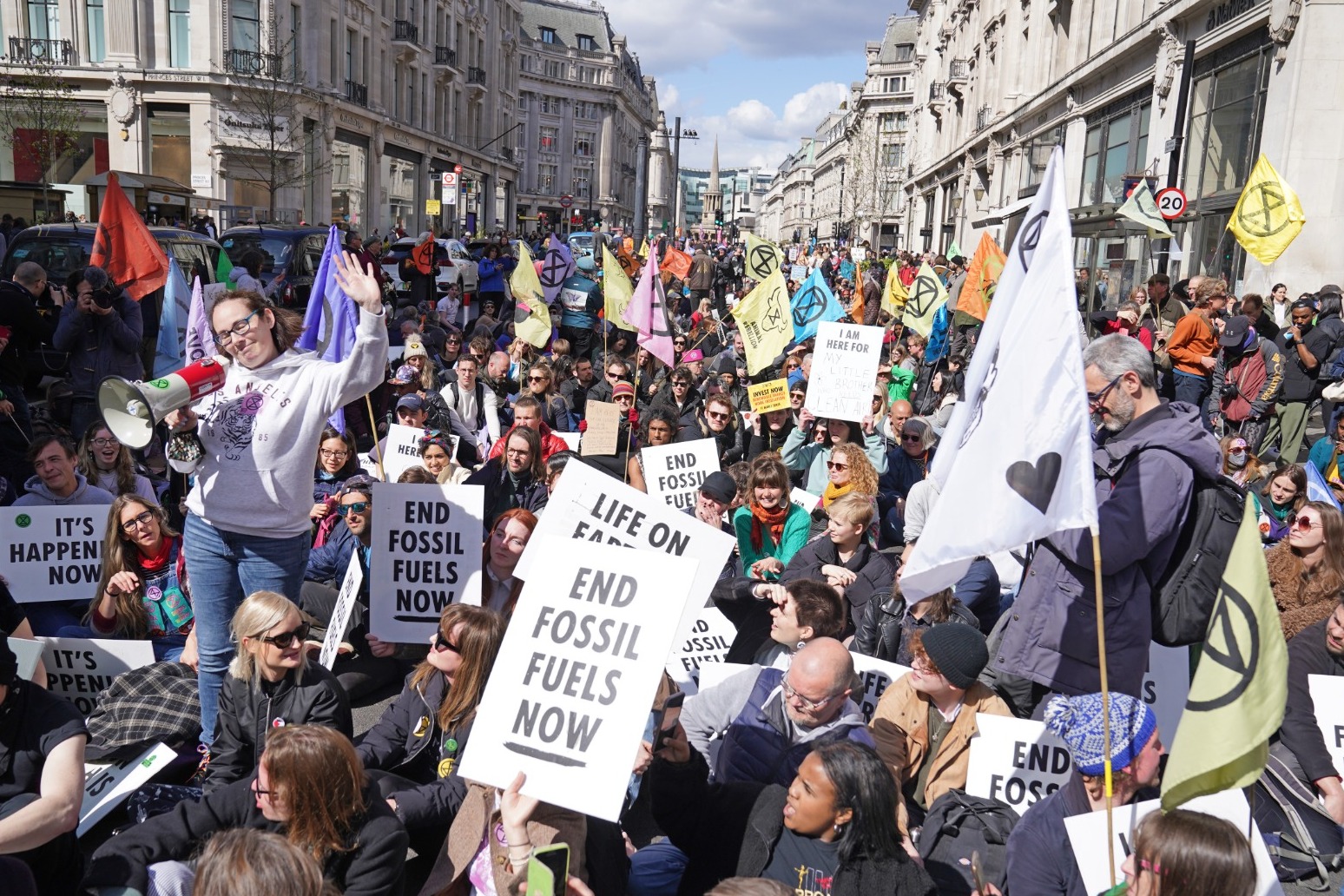 They’re calling for no new investment in fossil fuels

Extinction Rebellion climate activists have staged a sit-down protest in Oxford Street and Regent Street, blocking traffic in the heart of London’s shopping district to call for no new investment in fossil fuels.

Hundreds of demonstrators gathered at Speakers’ Corner at Hyde Park on Saturday morning before marching into the centre of the city’s West End.

The crowd sat down across Oxford Circus and the famous high streets it connects, chanting “save our planet” and “whose streets, our streets”.

They carried banners that read “I am here for nature and children”, “navel gazing into disaster” and “life on earth is dying”. Some were seen eating their lunch while they sat in sunny weather.

Mechanical engineer Verel Rodrigues, 27, of Bristol, told the PA news agency: “We are currently in a dire situation and we are appealing to the government to stop investing in fossil fuels.

“We have no choice. We are sorry to be causing this inconvenience but we don’t have any other choice.

“If an alarm is ringing because your house is on fire, you don’t get p***ed off at the fire alarm. It is trying to save you and we are trying to raise the alarm of what is about to come.”

The force tweeted: “A number of protesters in Oxford St. & Regent St. are sitting in the road, blocking traffic in both directions. Traffic diversions are being put in place.”

A member of the public who wanted only to be named as Steve C, 50, of Ealing, west London, said Extinction Rebellion’s tactics have been “obsessive”.

“The tactics have given the Conservative party an excuse to reduce and remove all of our rights to protest.

Mr C added said the protesters, whom he called the “most un-diverse crowd you have ever seen in London”, consisted of “white middle-class, do-gooding liberals (who) do not represent London town”.

Protester Sunita Ramani, 23, of Bristol, who works in environmental communications, said the action was justified.

“It’s absolutely not our intention to annoy people and disrupt their lives but looking throughout history civil disobedience has proven to be the most successful way that people are able to make movements like this successful,” she told PA.

“We are doing this on behalf of everyone who deserves to have a liveable, justice-filled future.”

After starting the sit-in just after 2pm, the demonstrators were on the move again around 45 minutes later, heading into the city centre.

Extinction Rebellion billed the protest as part of “the final push in the plan to end fossil fuels”.

The group have said similar action to block “areas of the city for as long as possible” is planned every day for a week or more.

They have pledged that “our disruption will not stop until the fossil fuel economy comes to an end, ” according to the Extinction Rebellion website.

On Friday, two protesters from the climate movement shut down Tower Bridge by abseiling off the sides of the London landmark and unfurling a huge banner that read: “End fossil fuels now.”

The bridge, a main traffic artery across the Thames, was closed to vehicles, causing long queues.

London mayor Sadiq Khan said the protest was “counterproductive” adding that demonstrators needed to win over public opinion at the same time as putting pressure on the government. 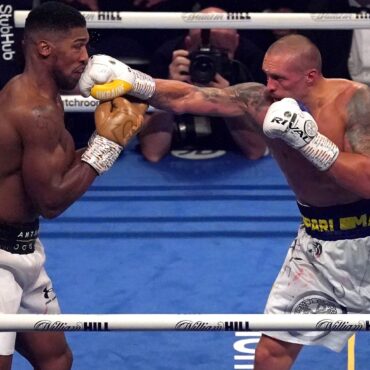 Eddie Hearn revealed Anthony Joshua’s world heavyweight title rematch against Oleksandr Usyk could now take place in July. Joshua was comprehensively outpointed as he dropped his WBA, IBF and WBO titles to Usyk last September, although the Briton revealed hours after his defeat he would immediately seek a return bout. While Usyk enlisted in Ukraine’s military amid Russia’s invasion earlier this year, he is now preparing for another fight against […]