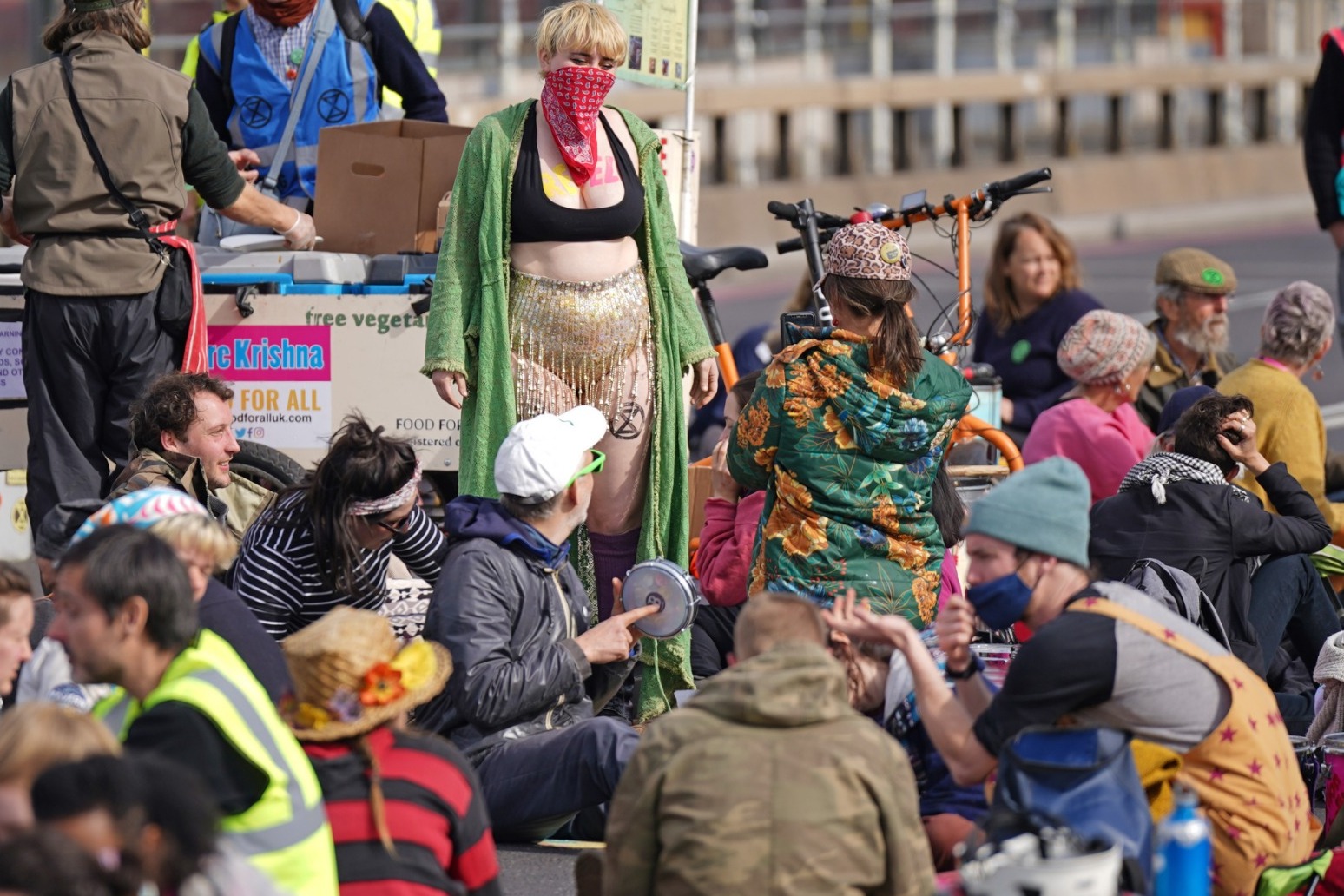 On Lambeth bridge, hundreds of protesters prevented cars and buses from crossing.

However, they allowed ambulances to pass, with organisers parting the crowd by shouting “blue light”.

The protest had a festival atmosphere, with speakers playing dance music, and a stall handing out free pasta and falafel.

It comes as Green Party MP Caroline Lucas has said some Extinction Rebellion protests are counterproductive but their disruptive actions are the “only way that people feel they can make their voices heard”.

The climate activists in London have vowed to “block areas of the city for as long as possible” every day for at least a week, and on the next three weekends.

Ms Lucas told Sunday Morning on BBC One: “I am sorry that it has come to this and that this is the only way that people feel they can make their voices heard.”

She said some that some of the group’s tactics are counterproductive, adding: “Personally for example, if you are going to try and stop Tube trains moving around I think that is counterproductive.

“I think that being on the streets of London has been shown to be a way of capturing people’s imaginations. People have joined those protests who have never protested before. They are doing it because they know we have to leave new fossil fuels in the ground.

“The International Energy Agency says that, the latest IPCC (Intergovernmental Panel on Climate Change) report says that and yet this Government and this energy strategy .. is foreseeing getting out even more oil and gas from the North Sea, that is frankly immoral and said the UN general secretary said that is frankly both morally and economically mad.” 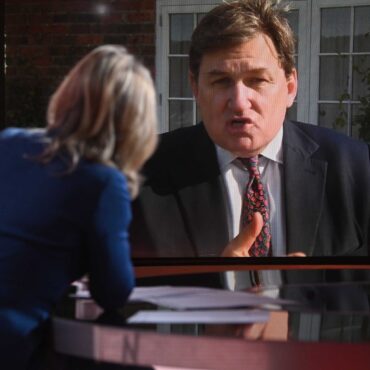 Britain could start targeting Russian troops and generals suspected of committing war crimes in Ukraine with sanctions, the policing minister has said. Kit Malthouse said the UK was determined to do all it could to help bring to justice those responsible for the “truly awful crimes” which had taken place during the invasion. “While that is ongoing we can take action domestically around sanctions we are able to put on […]