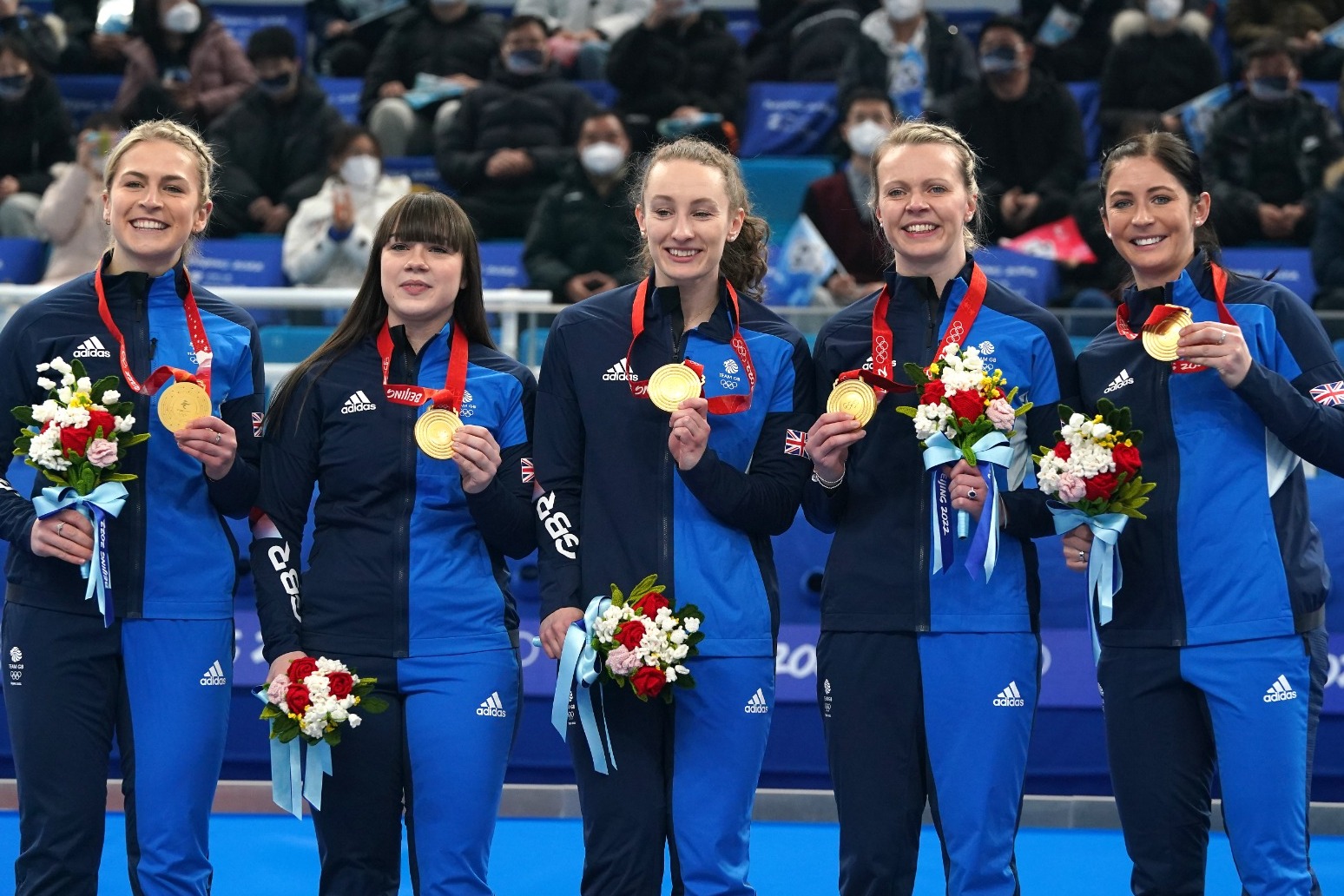 In her fourth Winter Games, the 31-year-old Muirhead and her team of Vicky Wright, Jennifer Dodds and Hailey Duff, plus alternate Mili Smith, dominated their final against Japan, ruthlessly sealing a 10-3 win – the joint-biggest winning margin in a final since the sport was reintroduced in 1998.

Muirhead’s defining moment came not amid the tension of an extra end, but with the final stone of the seventh end, when a superbly-executed raised take-out gave the Britons four for an 8-2 lead and effectively the victory.

It completed a remarkable journey for Muirhead, who was the youngest skip to win a curling world title in 2013 but had only a bronze medal from 2014 – and bronze medal heartbreak against the same Japanese team four years ago – to show for three Olympic quests to date.

Her road to Beijing itself had been scattered with setbacks, from failing to secure an initial place in Beijing through last year’s World Championships to a torrid start to the final qualifying tournament that saw them teetering on the brink of elimination.

Despite a comprehensive 8-2 win over the Japanese in the group stage, Muirhead’s team continued to flatter to deceive and had to rely on a win over the Russian Olympic Committee and a pair of other results going their way to squeeze through to the last four by virtue of a marginally better score in the draw shot challenge.

A miraculous comeback from a 4-0 first end deficit saw Muirhead sink Sweden in the semi-finals to clinch a place in her first Olympic final, and the parallels with Martin’s progression to the final in Salt Lake City 2002 years ago were inescapable.

Like Muirhead, Martin – now Rhona Howie – had nudged into the knockout stages only after compiling a 5-4 record and having to rely on the results of others, before coming on strong to sink hot favourites Canada and ultimately Switzerland to seal the crown.

Howie was watching on in her role as a BBC pundit as Muirhead got off to an encouraging start, a deft final stone nudging out a clever effort by Japanese skip Satsuki Fujisawa and take two to seize the initiative.

Muirhead was centimetres from a steal in the second end, Fujisawa squeezing in to take one, and although the Britons extended their advantage with one in the fourth, Muirhead’s failure to roll in her last stone for a two threatened to come back to haunt them.

Japan, however, could not take advantage. Britain stole one in the fifth to extend their lead to 4-1 at the half-way stage, and Fujisawa narrowly missed a shot at two in the next, reducing the deficit to 4-2 but giving Muirhead back the hammer.

Muirhead seized the advantage with an extraordinary shot with her final stone of the seventh end, her brilliant raised take-out – effectively a plant – knocking the single Japanese stone out of the house to score four and all but seal victory.

Muirhead raised a fist to the air in the Aquatics Centre, surely conscious the moment she had craved for so long was finally hers. That moment arrived after the ninth end, when Muirhead rolled in for a two and Fujisawa conceded that the game was up.

Britain skip Eve Muirhead acknowledged her elation at finally securing a long coveted Olympic gold medal to add to her Sochi bronze in 2014.

“It is a dream come true for myself, and for the rest of the girls,” she told the BBC.

“The journey to get here, I think it shows how strong we are. We have so many people to thank. It is something we’ll never forget and we’re going to enjoy the next few hours.”

There were tears for Muirhead on the rostrum during the medals presentation ceremony and she added: “It is a moment I have wanted for so many years. The two (Olympic) semi-finals I lost were hard but I bounced back and it is such a special moment.”

Vicky Wright paid tribute to the backing the British team has had, saying: “We have all had amazing support.Thanks to everyone who has helped make this dream come true.”

Jennifer Dodds, who missed out on a mixed curling medal earlier in the Games, said: “I don’t think it is going to sink in for a while. I am so proud of the way these girls played in the final. We grew in confidence with every game. Thanks to our family and friends. They know how much this means to us.”

Team-mate Hailey Duff added: “We just focused on what we needed to do.” 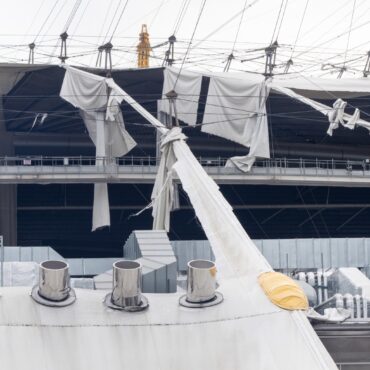 London’s O2 arena remains closed this weekend after parts of its roof were ripped off by Storm Eunice. In footage shared on social media the venue’s white roof covering could be seen flapping in the high winds after parts of it were torn away from supporting ribs the storm on Friday. Upcoming gigs scheduled include rapper Dave on Monday and Tuesday, and UB40 on Friday. In a post on Twitter, […]