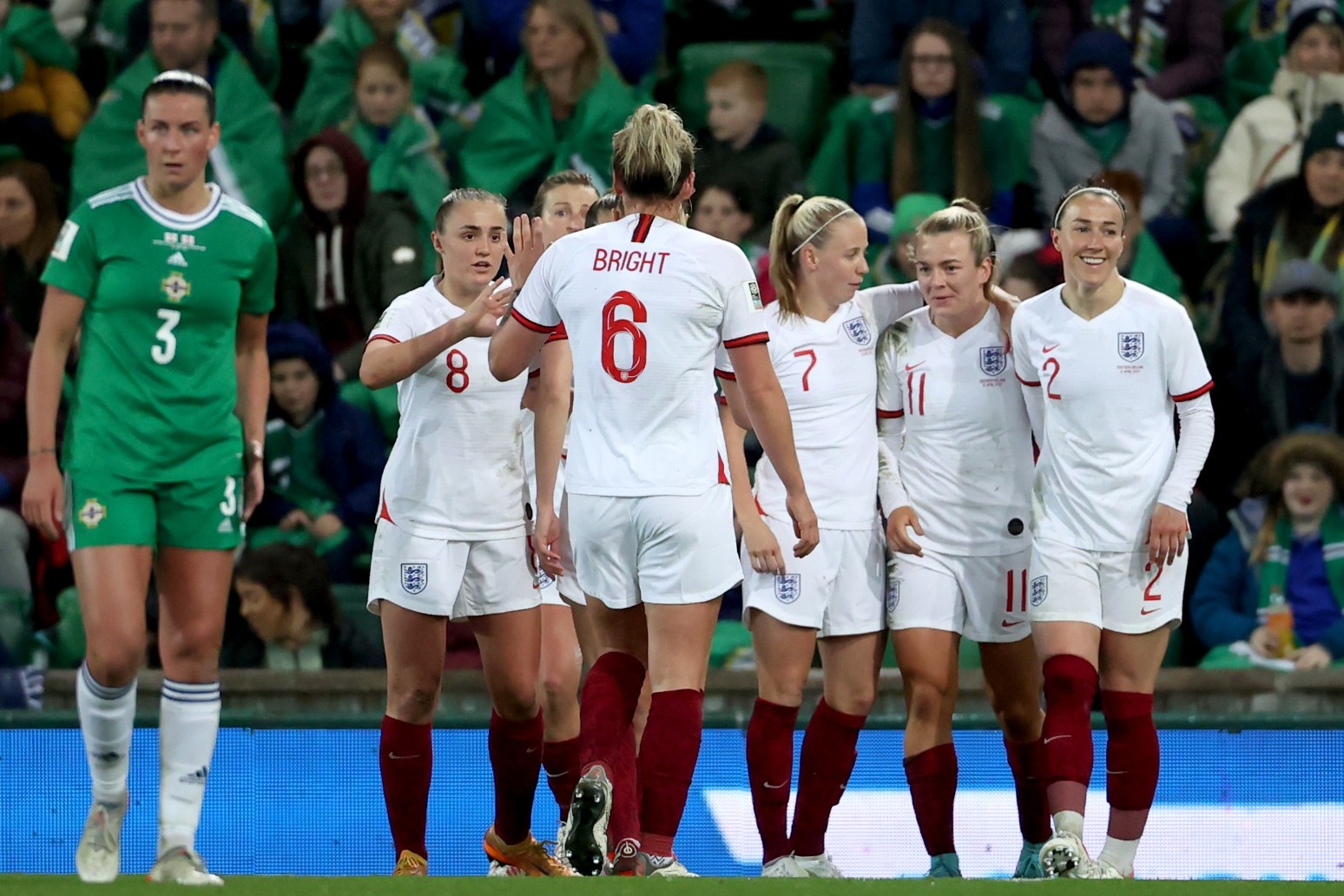 Lauren Hemp and Georgia Stanway each bagged a brace as England moved to the brink of qualifying for the 2023 Women’s World Cup with a comprehensive 5-0 win in Northern Ireland.

Ellen White struck midway through the first half only for her effort to be chalked off for offside, but Hemp’s mistimed strike looped into the net in the 25th minute as England seized the initiative.

The Lionesses’ lead was doubled by Ella Toone seven minutes after the interval while Hemp bagged her second on the hour mark before Stanway added gloss to the scoreline with a late double.

A dominant win in front of a bumper 15,348 attendance at Windsor Park in Belfast keeps England five points ahead of Austria at the top of Group D with just two matches remaining.

England have now won all eight of their qualifying matches, scoring 68 goals and conceding none in the process.

Merely avoiding defeat against Austria in their penultimate qualifying match in September will be enough to send Sarina Wiegman’s side to Australia and New Zealand for next year’s World Cup.

Northern Ireland, meanwhile, who had just 25 per cent possession and could only muster a solitary shot at goal in contrast to their opponents’ 24 efforts, seem destined to miss out on an Oceania trip.

Northern Ireland were left to rue Friday’s 3-1 defeat to Austria, who extended their advantage over Kenny Shiels’ side to six points earlier on Tuesday with an 8-0 thrashing of Latvia at Wiener Neustadt.

The hosts therefore could ill-afford to lose further ground on their rivals and they were grateful for an offside flag after White netted on the rebound after Beth Mead’s strike was parried by Jackie Burns.

But they fell behind three minutes later in curious circumstances as Toone’s centre from the left was met by Hemp, who did not seem to connect cleanly but the ball looped up and went in at the far post.

It was no less than England deserved and, although Northern Ireland were able to keep the deficit to just one goal at the interval, the floodgates opened in the second half.

White came close to getting on the scoresheet upon the resumption before Toone did so with a composed first-time finish after Lucy Bronze had bustled her way into the box before cutting back.

Northern Ireland came close to an immediate response but Lauren Wade was denied by Mary Earps before Hemp shut the door on an unlikely comeback after rounding Burns and slotting into an empty net.

The industrious Toone then jinked her way into the area in the 70th minute and unselfishly teed up Stanway to rifle beyond Burns.

Nine minutes later the rout was completed with Stanway on target again after a header back across goal led to the Manchester City midfielder reacting quickly to get a shot away and the ball trickled in. 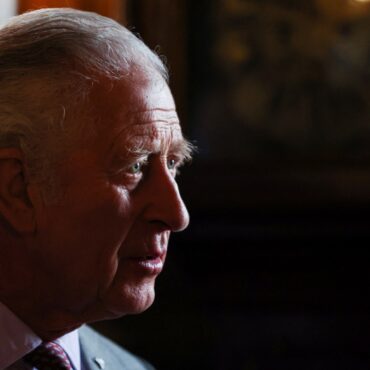 The Prince of Wales will call on consumers to make “ocean and land-friendly choices” when shopping and to buy “certified” products to help safeguard the world’s oceans. In a major speech to the Our Ocean conference, Charles will warn the decline in the health of waters across the globe is “dire” and the “consequences of inaction and ‘business as usual’ are unimaginable”. The heir to the throne will say in […]