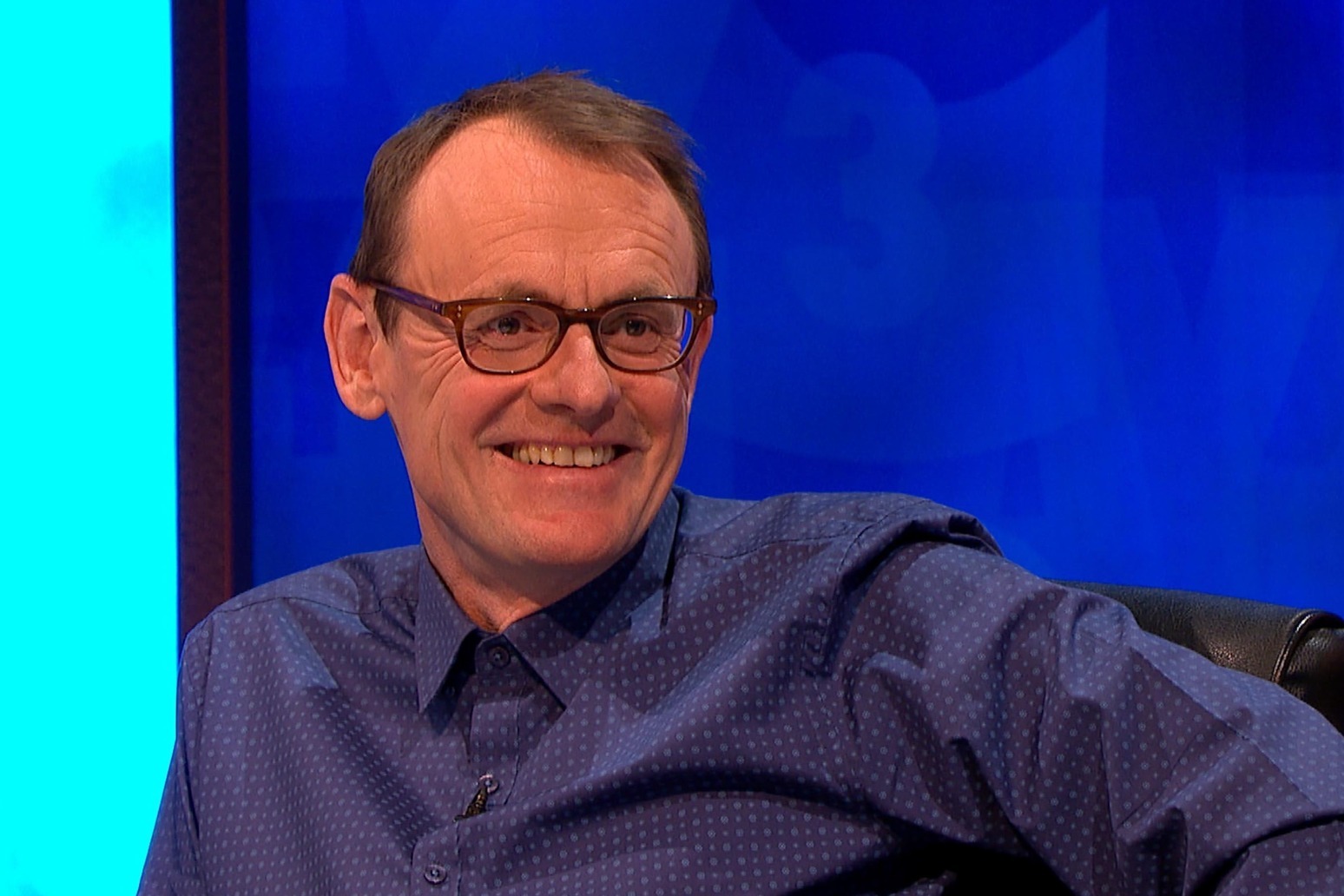 Eddie Izzard has paid tribute to the “beautifully surreal” comedy of Sean Lock, following his death at 58, saying: “His legacy lives on forever.”

The 8 Out Of 10 Cats star died surrounded by his family after a battle with cancer and tributes from the world of comedy have flooded in.

Comedian Izzard told the PA news agency: “I think Sean Lock started in comedy at almost exactly the same time as me, so we were contemporaries.

“I do this weird, surreal stuff, but his stuff was beautifully surreal and I was kind of jealous of what Sean could do, because his mind jumped around.

“I don’t know if he wrote but he must have sat down and written some stuff, but it would flash across and come up with such crazy imagery.

“He does beautiful, surreal imagery, but he also goes to a dark or impish place, which you wouldn’t expect or most audiences are not expecting, and I encourage people to go online – ‘Sean Lock’, put that into Google and look up his best bits on YouTube and you will see his work and especially on the panel games, you can see that he’s just riffing.

“He’s riffing, and he’s going to this place and people are just falling out and other comedians are falling about. That is the thing. you’re trying to get other comedians laughing and that’s what he could do. He could go to places we weren’t expecting anyone to go to.”

Reflecting on some of Lock’s best moments, Izzard said: “He went to places that none of us were thinking of going to, could have gone to, and he did it in this amazingly deadpan Sean Lock kind of way.

“It’s a crazy place he goes to, it’s kind of beautiful. It’s kind of dark, but it’s wonderfully surreal. So his legacy lives on forever and ever, which is a beautiful thing.”

Richardson tweeted: “I idolised Sean as a comic long before I became a comedian myself and ten years working alongside him didn’t diminish that in the least. An incredible comic brain and a truly unique voice.”

In a second tweet, he wrote: “I’m devastated for his family today and sad for comedy that we have lost one of the very best. Undisputed, undefeated, carrot in a box champion. I will miss him.”

Comedian Jason Manford said he had texted the comedian “a couple of weeks” before his death on Wednesday.

He wrote on Twitter: “I’m absolutely gutted about this. So heartbroken for his wife and children.

“One of the funniest men I’ve ever worked with and I used to adore occasionally making him laugh on my first proper telly job, 8 Out of 10 Cats.

“I texted him couple of weeks ago and I’m now so glad I did.

“If you’ve a friend who you’ve not spoken to for a while, drop them a message and check in. It could be the last time.”

The channel said: “Incredibly sad to learn of the loss of one of our greatest comedians, Sean Lock.

“A much loved part of the C4 family he’s played a huge role on the channel for over two decades, and we’ll miss him.

“Our thoughts are with his family and friends.”

Bailey wrote on Twitter: “It’s heartbreaking to lose my dearest friend Sean Lock, he was a true original, a wonderful comic.

“All my thoughts are with his family.”

Susie Dent, who worked with Lock on 8 Out Of 10 Cats Does Countdown, has said she doesn’t have the words to describe the comedian after his death.

She wrote on Twitter: “I wish I had the words to describe the exceptional man that was Sean Lock. But today I don’t, and I think he might have liked it that way.”

She wrote: “Everyone’s favourite. No finer comic. Always exciting to work with and always so nice.

“My deepest condolences to all of Sean Lock’s family and friends and everyone at Off The Kerb. What a huge, heartbreaking loss.”

Quiz show QI, where Lock was a regular panellist, said the comedian “helped to shape the show with his fantastically sharp wit and anarchic good humour”.

The show tweeted: “We are deeply saddened to hear of Sean Lock’s passing.

“Sean was a QI regular right from the first series, and helped to shape the show with his fantastically sharp wit and anarchic good humour.

“Our thoughts are with his friends and family.”

Ricky Gervais described Lock as “one of the funniest, most influential comedians of a generation”, revealing that Lock had given him comedy advice early on in his career.

Gervais said on Twitter: “First professional comedian I knew. Met him when I booked him for a gig early 90s.

“Told him I wouldn’t mind being a comedian one day and I must have been over exited and trying to make him laugh coz he said ‘can I give you some advice then’, I said ‘yeah’. He said, ‘tone it down’.”

Pointless host Richard Osman, who worked with Lock as a producer on panel show 8 Out Of 10 Cats, wrote on Twitter: “Over 15 years producing ‘8 Out Of 10 Cats’ Sean Lock made me laugh so much and so often.

“A unique and brilliant comic voice.

“Love to his family and his many friends.”

Lock’s good friend Lee Mack also paid tribute to him, saying in a statement: “I’ve know this day was coming for some time, but it’s no less heart-breaking.

“A true original both in comedy and life. 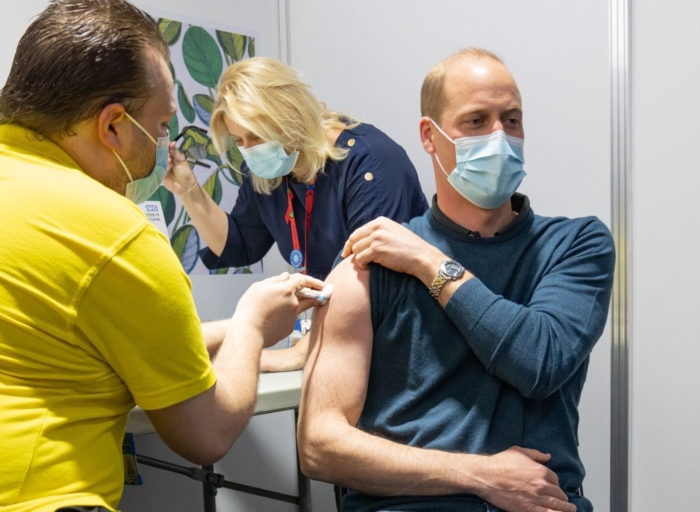 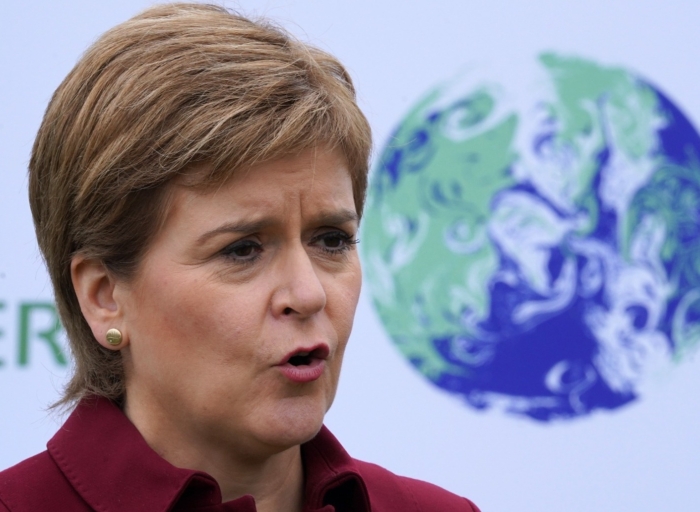