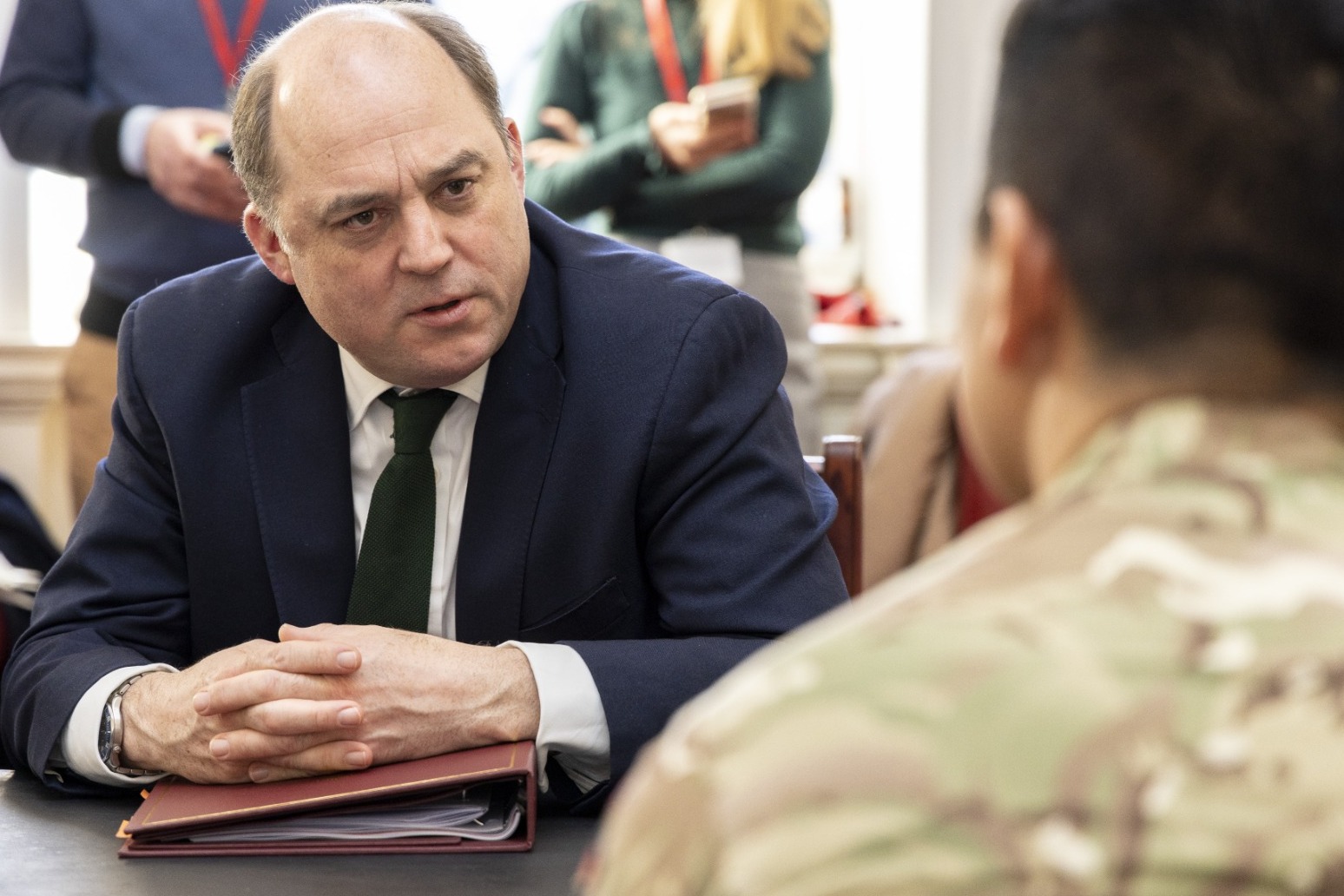 Defence Secretary Ben Wallace has warned Vladimir Putin not to underestimate the West as he said if allies stuck together, he was sure the Russian leader would fail in his invasion of Ukraine.

In an interview with The Sunday Telegraph, Mr Wallace said the West “must not be afraid of Putin”.

He warned the Russian leader – who he said was “acting irrationally and inflicting horrors on Ukraine” – not to “test” the UK.

“The thing to say to Putin is don’t underestimate us, don’t test us,” he told the newspaper.

“History is littered with authoritarian leaders underestimating the wider West and the United Kingdom. He clearly underestimated the international community.”

He added: “If we stick together and refuse to be intimidated then I believe he will fail.”

Mr Wallace’s comments come after increasing warnings that intervention in the war in Ukraine by the West would be considered as entering the conflict by the Kremlin.

Mr Putin warned on Saturday the Kremlin would consider any third-party declaration of a no-fly zone over Ukraine as participation in the conflict.

Mr Putin said Russia would view “any move in this direction” as an intervention that “will pose a threat to our service members”.

“That very second, we will view them as participants of the military conflict, and it would not matter what members they are,” he said.

However, Ukraine has repeatedly said the move is the only way to stop more deaths.

Nato allies have ruled out implementing a no-fly zone over Ukraine amid fears it could prompt an all-out war with nuclear-armed Russia.

Foreign Secretary Liz Truss, in an interview with the Sunday Express, said the Ukrainian conflict was the “struggle of our generation”.

She said: “We will continue to support them (the Ukrainians) through thick and thin. We are there for the long haul.

“This is the struggle of our generation. What we are seeing taking place on the streets of Europe is something we have never experienced before in my lifetime. It is the fight for freedom and democracy, and sovereignty and self-determination.”

Earlier, Prime Minister Boris Johnson heaped praise on the response of the British public to the war in Ukraine as he echoed the view that Mr Putin would fail.

The Prime Minister said it was “absolutely vital that Vladimir Putin understands that this hideous, barbarous assault cannot succeed and that he will fail”.

In a video message on Twitter, Mr Johnson said: “I want to thank businesses, community groups, individuals, sports clubs, who’ve been coming together to support Ukraine.

“I think of the group in Northern Ireland that’s got a local warehouse as a centre for supplies to go to the war zone, I think of Inna Schorr, a London-based Ukrainian who’s raising thousands of pounds, while her own family are still back in Ukraine.

“And don’t forget to for all Ukrainian families here in in the UK, we have ways that you can bring your wider relatives back to the UK.”

More than £85 million has now been raised to provide aid for Ukraine through the Disasters Emergency Committee (DEC), in what has been described as an “absolutely incredible” show of support from the UK public.

The Government has pledged to match public donations to the appeal pound-for-pound up to £25 million.

Mr Johnson’s thank you message came as hundreds of people gathered in cities across the country to protest against Russia’s assault on Ukraine.

In London’s Trafalgar Square, the Ukrainian national anthem was sung and “stop Putin, stop the war” chanted, as demonstrators draped themselves in the country’s flag.

Volodymyr Shevetovskyy, 31, and his girlfriend Nadiia Soshenko, 27, from Kyiv, said they were grateful for support from western countries but called for a no-fly zone to be imposed over Ukraine.

Ms Soshenko told the PA news agency: “There are already a lot of deaths in our country.

“Nato is afraid to close the skies saying that they’re afraid to start the third world war.

“Excuse me, what’s happening right now? Why the whole world can’t stop one insane, mad person? I just honestly do not understand why our people are dying, are dying for what?”

Earlier on Saturday, it had been announced a temporary ceasefire had been called in order for civilians in Mariupol, a strategic port in the south east, and the eastern city of Volnovakha, to escape the fighting.

However, this failed to hold, with Mariupol mayor Vadym Boychenko claiming thousands of people had gathered for safe passage out of the city and buses were departing when shelling began.

The Ministry of Defence (MoD) said the proposed ceasefire was “likely an attempt to deflect international condemnation while resetting its force for renewed offensive activity”.

In an intelligence update on Saturday afternoon, the MoD said: “By accusing Ukraine of breaking the agreement, Russia is likely seeking to shift responsibility for current and future civilian casualties in the city.” 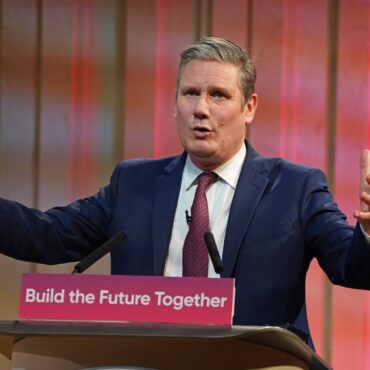 Sir Keir Starmer has urged party members not to chase “political purity” at the expense of winning elections, as he made a push for the centre ground. Speaking at his first in-person Scottish Labour conference since becoming leader, Sir Keir was explicit in his desire to pull the party back from the leftward shift seen under Jeremy Corbyn, as he stressed his party could return to power after the next […]