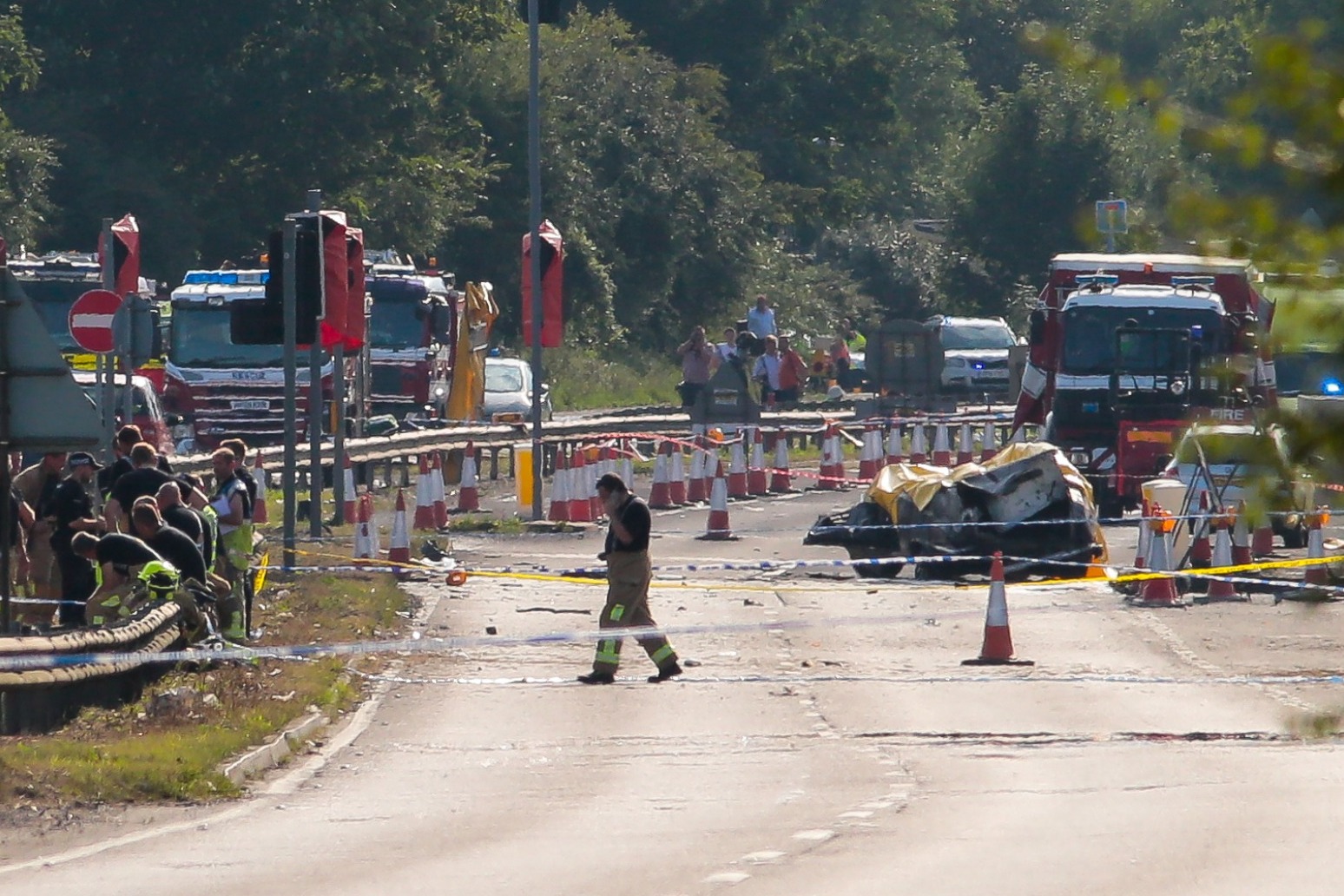 A coroner has apologised to the families of 11 men who were killed in the Shoreham Airshow tragedy for their seven-year wait for answers.

West Sussex senior coroner Penelope Schofield expressed her “deepest regret” that the ordeal endured by relatives of those who died had been “added to” by delays to the inquest.

The victims of the disaster died after a plane taking part in an aerial display in August 2015 crashed on to the nearby A27 in West Sussex in the UK’s deadliest airshow incident for 50 years.

A further 13 people were injured in the incident.

The pilot of the Hawker Hunter plane, Andrew Hill, was charged with 11 counts of manslaughter by gross negligence but found not guilty on all counts in March 2019. He maintains he has no recollection of the crash.

The inquest into the 11 deaths was originally opened on September 2 2015 but was adjourned in 2018 due to the criminal trial of Mr Hill.

The inquests resumed in March 2019 after the trial, but hearings set for September 2020 were adjourned due to the pandemic.

A pre-inquest review was heard on September 1 where senior coroner Ms Schofield said the inquest “would not reinvestigate the crash”, as this evidence had been provided by the Air Accidents Investigation Branch.

Opening the full inquest in Horsham on Wednesday, Ms Schofield said: “On a sunny summer day on August 22 2015 at around 1.32pm, 11 men were killed and numerous other people suffered significant injuries when a former military Hawker Hunter aircraft ladened with fuel doing an aerobatic display at the Shoreham Airshow crashed onto the A27 in the most horrific circumstances.”

She added: “I can only express my deepest regret that the ordeal of all the bereaved has been added to by the time it has taken for these inquests to be heard.

“You have all tolerated a far longer wait for these inquest hearings to commence then I would ever have wished for. I am so sorry you have waited so long.”

The coroner also apologised to families that the inquest would be unable to reconsider “many matters that remain a concern to them” after the High Court denied an application to include some of the evidence from the criminal trial of Mr Hill, including a cockpit video of the crash.

Mr Hill will not be called as a witness, having submitted evidence to the investigation.

His request at the pre-inquest review for Ms Schofield to rule out a verdict of unlawful killing was denied.

Law firm Stewarts is representing seven of the families who lost loved ones in the disaster.

Sarah Stewart, partner in the aviation department, said: “This is the last step in a long road to justice and truth for the families of those killed in the Shoreham Airshow disaster.

“After seven years, they are finally about to get some answers on how this disaster happened.

“The coroner’s conclusions will not bring their loved ones back, but there will be some solace in the hope that the findings lead to improved safety in the planning of future air shows.”

Robert Page has defended the decision to let Neco Williams play on after the Wales full-back suffered a head injury against England at the World Cup. Williams was dazed and fell to the floor after blocking Marcus Rashford’s powerful 24th-minute shot with the top of his head. The Nottingham Forest defender continued for another 12 minutes before sitting on the turf and receiving treatment again, before being eventually replaced by […]