It comes in the wake of the Online Safety Bill entering Parliament, which will introduce laws to force sites hosting pornographic content to implement age verification processes, but Barnardo’s has warned this could take up to three years to be implemented, which is why it and other groups are calling on sites to voluntarily introduce age verification as soon as possible.

A YouGov survey commissioned by Barnardo’s and published alongside the open letter showed that 69% of UK adults agree that the kind of extreme pornography that would be illegal on DVD should also be illegal online.

Barnardo’s chief executive, Lynn Perry, said: “Every day children are seeing harmful pornography online and we must act now to protect them.

“The Government has rightly committed to passing new laws but they could take up to three years to come into force, and in the meantime millions of children could be seeing harmful content millions of times over, with serious consequences for their mental health, their understanding of consent, and their perception of healthy relationships.

“That’s why as a group of organisations supporting children and young people, we are calling on the owners of leading commercial pornography sites to take action by introducing age-verification measures now, before it becomes a legal requirement.” 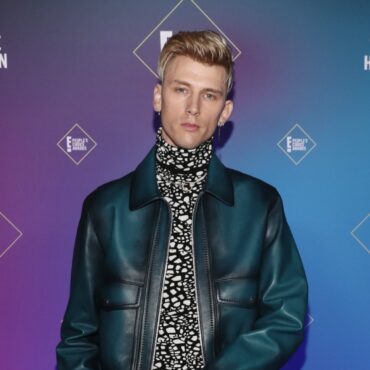 Machine Gun Kelly says he would like to speak to the children of Taylor Hawkins to tell them what a “great man” their father was. The US rapper, who spoke to Hawkins two days before his death, said the Foo Fighters drummer was “such a beautiful soul” and that he was “lucky to know him”. Fifty-year-old Hawkins was on the South American leg of the band’s world tour when his […]