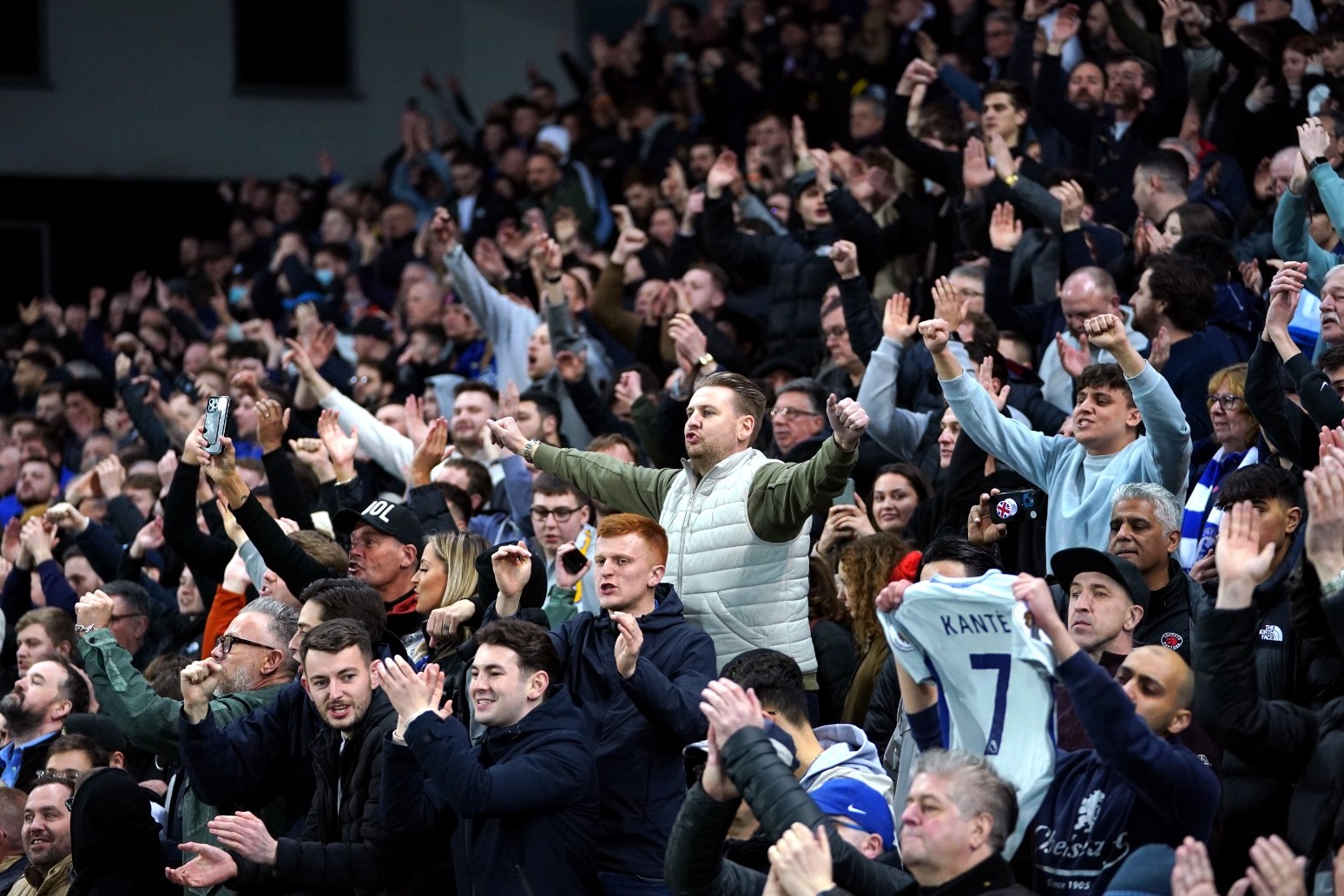 Roman Abramovich’s Government sanctions have frozen all the billionaire’s UK assets barring Chelsea, with the club continuing to operate under special, stringent conditions.

Owner Abramovich was sanctioned on Thursday after the Conservative Government claimed to have proven the 55-year-old’s links to Russian president Vladimir Putin.

Russian-Israeli billionaire Abramovich has always denied links to Russia’s current regime, but Putin’s war in Ukraine has led to a major geopolitical shift.

Chelsea’s strict licence is designed to ensure Abramovich will not profit amid the Stamford Bridge club’s continued operations, with ticket sales banned and an embargo on new transfers and new contracts for existing stars.

And those new Government regulations have led to several company credit cards being paused on a short-term basis as the lending companies seek more detail on that licence.

Chelsea are understood to be hopeful the suspensions will be lifted shortly, moving the west London club closer back towards normal operation.

Blues chiefs were understood to have been locked in negotiations with Government officials throughout Friday on amendments to that new licence.

Chelsea expect negotiations with Downing Street to continue into next week as the two parties thrash out an easing of the restrictions.

The Premier League club will seek a relaxation of limits like the £20,000 travel cap for away matches for example, with a typical Premier League spend far closer to £30,000 per match.

Chelsea are thought to have their travel and accommodation bills already paid for the rest of this season for existing fixtures, but this does not cover cup competitions.

The Blues are slated to face Middlesbrough at the Riverside Stadium in the FA Cup quarter-finals on Saturday, March 19.

Under the current rules, Chelsea cannot sell any new tickets for that match, which would severely hit Championship club Middlesbrough’s gate revenue.

Chelsea cannot sell any new match programmes for Sunday’s Premier League home clash with Newcastle, so vendors are thought to be unable to work at Stamford Bridge.

Abramovich put Chelsea up for sale on March 2, amid Russia’s continued invasion of Ukraine, with his ownership set to end after 19 years and 21 trophies.

Abramovich had pledged to write off the club’s £1.5billion debt and plough all sale proceeds into a new charitable foundation to aid victims of the war in Ukraine.

Chelsea’s current licence terms have paused the club’s sale, but the Government is understood to be ready to take control of the process, or oversee a transfer of ownership carried out by Abramovich.

The Government’s sanctions will continue to demand that Abramovich does not profit at all from Chelsea, but the hiatus has not deterred the throng of prospective new owners.

And British property tycoon Nick Candy’s vision for a redeveloped Stamford Bridge could hand the billionaire an edge in that process.

Candy remains interested in bidding for the Champions League holders, despite uncertainty around the club’s sale after Abramovich was sanctioned by the UK Government on Thursday.

A spokesperson for Candy on Friday confirmed the 49-year-old’s continued interest in Chelsea.

“We are examining the details of yesterday’s announcement and we are still interested in making a bid,” said Candy’s spokesperson.

“Clearly this is a time of great uncertainty for all Chelsea fans.

“In our view, no one is the owner of a football club – you are the custodian of it for the fans and the community.”

A host of US investors still harbour interest in Chelsea, with Los Angeles Dodgers part-owner Todd Boehly part of one consortium and Chicago Cubs owner Tom Ricketts another with a strongly-rumoured interest.

Candy has already declared his ambition to revamp Chelsea’s Stamford Bridge stadium should he win the race to buy the club.

He is putting together a consortium offer for the Blues and his property sphere nous should find favour in Downing Street and Treasury corridors, it is understood.

Analysts believe a fully modernised and expanded Stamford Bridge could boost Chelsea’s commercial revenues by up to 25 per cent per annum.

That major potential uplift, if coupled with an astute financing plan for the stadium rebuild, is among the main reasons for the continued brisk interest in the Chelsea sale.

Boosting the hotel offering at Stamford Bridge and also conferencing facilities would be among the other offshoots of a stadium rebuild.

A Government-conducted sale of Chelsea could see the purchasing capital frozen, or directed to charitable causes.

Abramovich may not be given the opportunity to set up his new foundation, but his prior public claims of not wanting to take any proceeds from the sale point to a potential acceptance of Government oversight in light of the sanctions.

Shirt sponsor Three said on Thursday that it was suspending its partnership with Chelsea, but travel company Trivago was pledging to continue to support the club in the “transition to new ownership”.

“The uncertainty over the current ownership situation of Chelsea FC has been challenging,” a company statement said.

“Moving forward, it is important to us to continue supporting the club, the fans and community along with the essential work that the Chelsea Foundation does to help those in need.

“We are looking forward to a transition of ownership as soon as possible and want to support the club in this process. We will provide any update to our business relationship if and when appropriate.” 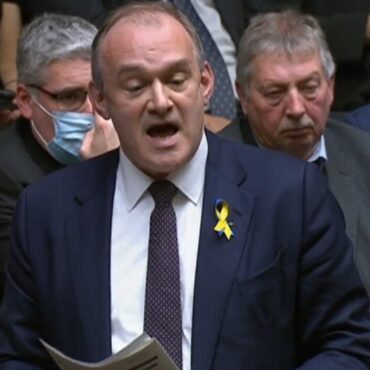 Boris Johnson has a poor reputation on the international stage and should resign over lockdown party allegations despite dealing with the Ukraine crisis, the Liberal Democrat leader has said. Sir Ed Davey said he did not share the same view as Labour leader Sir Keir Starmer, who in the wake of the Russian invasion of Ukraine has tempered his demand for the Prime Minister to resign after so-called partygate. Speaking […]