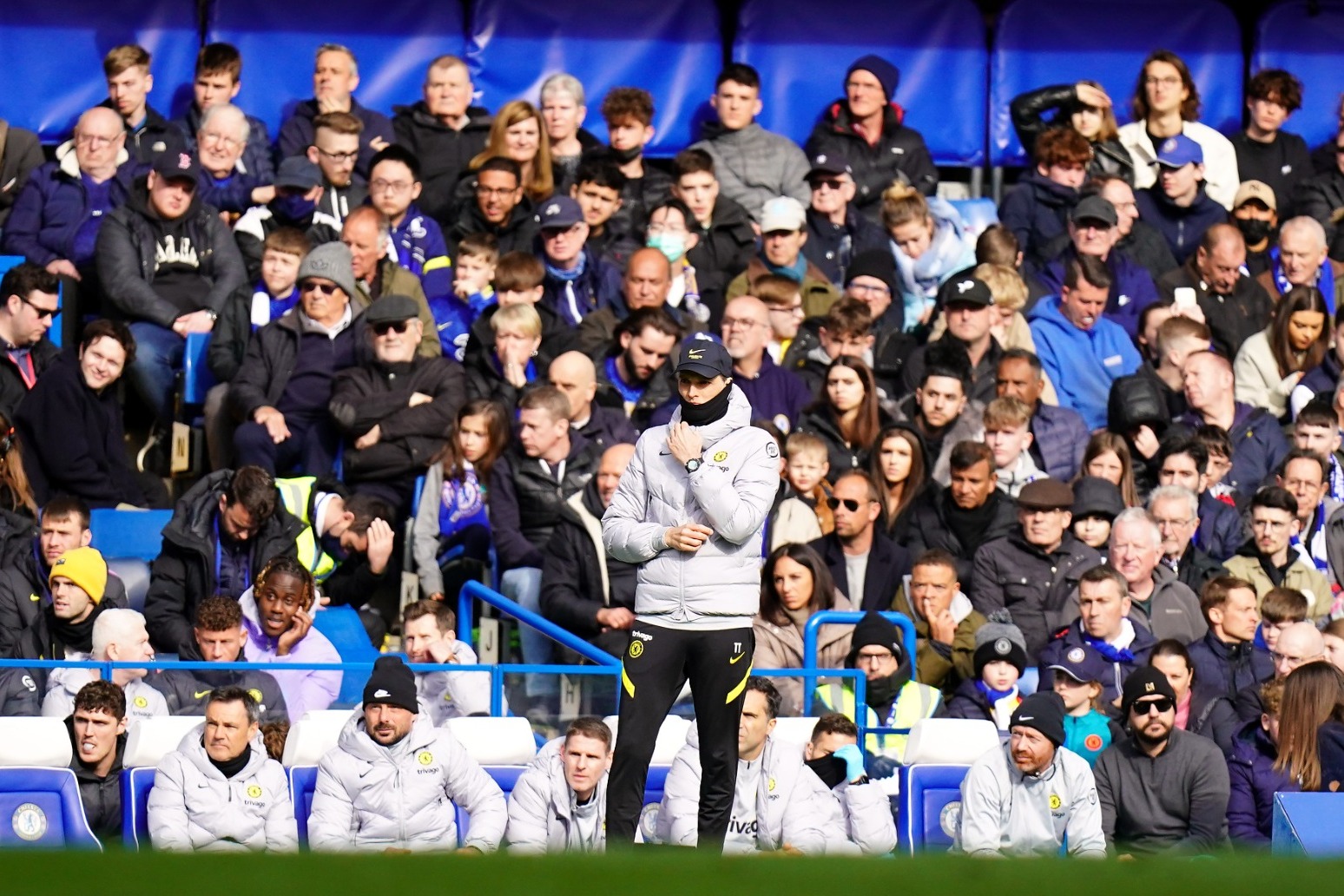 Vitaly Janelt’s quickfire double put Brentford on the brink of Premier League safety after their 4-1 rout of a Chelsea side beset by unrelenting takeover talk.

But Brentford punished Chelsea’s out-of-character defensive disarray three times in six minutes to seal a memorable win for the Bees.

And by the time Yoane Wissa drilled home a fourth at the death, the travelling Brentford fans were in dreamland.

Chelsea’s fine run of six wins on the spin in all competitions came to a crashing halt in West London, with the Blues now perhaps looking over their shoulders in the league.

Fourth-placed Arsenal could cut their deficit on third-placed Chelsea to two points with a win at Crystal Palace on Monday.

Chelsea had shut out all the takeover noise to fine effect with those six wins in a row, but now boss Thomas Tuchel will need all his powers of man-management to set the Blues back on track.

Chelsea’s fans had started the day promising a protest against prospective new owners the Ricketts family.

But perhaps only 100 supporters took to the streets around Stamford Bridge before kick-off, and plans to unveil a banner in the ground never materialised.

Roman Abramovich will sell the club after 19 years as owner, with four consortiums locked in a bidding battle.

Boss Tuchel had kept his players’ minds off those boardroom wrangles so impressively in a flawless March schedule.

But after the international break a refreshed Brentford executed a classic smash-and-grab victory.

A tepid protest before the match gave way to a lukewarm first half, where Brentford spurned several half-chances and Chelsea failed to get going.

Chelsea returned after the break reinvigorated and ready to crank up the level.

And Rudiger’s thunderbolt provided a magical moment for the Stamford Bridge faithful.

The Germany defender finally struck gold – and the net – on his latest long-range attempt.

Chelsea’s players were as adoring as the supporters for their cult hero’s howitzer goal.

Such lingering celebration could perhaps account for the speed of Brentford’s equaliser – but assuredly not the two further rapid Bees goals.

Janelt swept home a smart finish after Chelsea ceded possession too cheaply in the middle of the field, and less than two minutes after Rudiger’s strike the match was back on level terms.

Tuchel’s Chelsea would so often steady the nerves and wrestle control after such a setback.

Frank’s Brentford had other ideas, with Mbeumo racing down the left and playing in Eriksen for a tap-in to put the Bees 2-1 to the good.

By the time Janelt dinked in Brentford’s third, from Ivan Toney’s ball, just 12 minutes had elapsed from Rudiger breaking the match’s deadlock.

Four goals in 12 minutes that must surely set Brentford en route to Premier League safety, but also a sequence of strikes to add another layer of intrigue to the race for a top-four finish.

Wissa added a fourth at the death to gloss Brentford’s fully-deserved victory, but also potentially dragged Chelsea back into an unwanted top-four scrap.

Beat Crystal Palace on Monday and fourth-placed Arsenal will be fired up for a tilt at Chelsea’s grip on third place.

More than 80 arrested in Essex as climate change protests continue

More than 80 people have been arrested in Essex as climate change protesters continued to block oil terminals. Activists from Just Stop Oil said on Saturday they had blocked access to the Titan Truck Park and revealed a secret underground network of tunnels at the Navigator and Grays oil terminals. The protesters are demanding that the UK Government stops new oil and gas projects. Essex Police said officers arrested a […]