More than £4,000 of much-needed food and toiletries was donated to Chesterfield Foodbank just before Christmas thanks to a fundraising appeal by Bridge Help.

Launched in November 2021, the team at Bridge Help hoped to raise £2,021 of food and toiletries but, thanks to the generosity of its brokers, suppliers and Chesterfield’s business community, Bridge Help smashed its original fundraising target in just six weeks.

A total of £2,130 of food and toiletries was collected which was matched pound for pound by Bridge Help. The match funding pledge meant a total of £4,360 – more than double the original fundraising target – was donated to Chesterfield Foodbank.

With the help of eight volunteers, hundreds of packets, tins, boxes, cartons, sacks and bottles were transported from Bridge Help’s offices on Old Brick Works Lane off Sheffield Road to the Chesterfield Foodbank warehouse in Sheepbridge ahead of Christmas.

As well as Christmas treats of biscuits and crisps, Bridge Help also collected essentials, such as nappies, toiletries, tins and dried foods, which were all donated to Chesterfield Foodbank to ensure the charity had stock to distribute well into 2022.

The haul filled the Chesterfield Foodbank van as well as two additional vehicles, with Bridge Help CEO Chris Sellars also pitching in to help with a delivery when it became evident there was too much for two vehicles.

The annual charity fundraising campaign was organised by Phoebe Sellars, a Business Development Manager at Bridge Help and also a trustee of Chesterfield Citizens Advice.

Phoebe said: “Wow, just wow. I can’t thank everyone enough who donated. It was a pleasure and an honour to be able to hand over everything we collected and know that, together, we have made a small difference in the lives of people who are facing hardship not just at Christmas but throughout the year.”

Bridge Help supports the marketing and economic growth of the town through Chesterfield Champions, a network of over 200 organisations across Chesterfield and North Derbyshire. 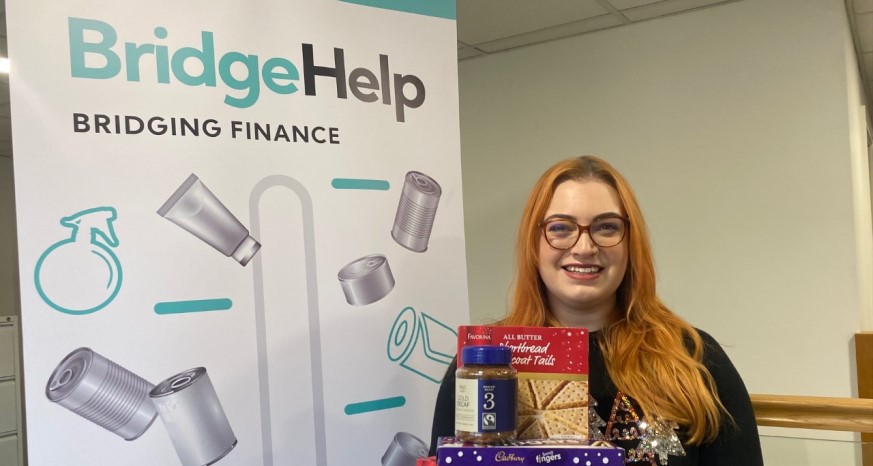 Derbyshire Voluntary Action (DVA) is looking to recruit new Trustees to its Board to broaden the sectors represented by its membership. The organisation, representing more than 420 voluntary and community sector groups across Derbyshire, wishes to create a robust strategic plan to build more successful cross-sector collaborations, engage with businesses and improve its financial sustainability. DVA’s Trustees work collaboratively and strive to provide the charity with clear leadership and effective governance. Newly recruited trustees must be willing to play a crucial […]